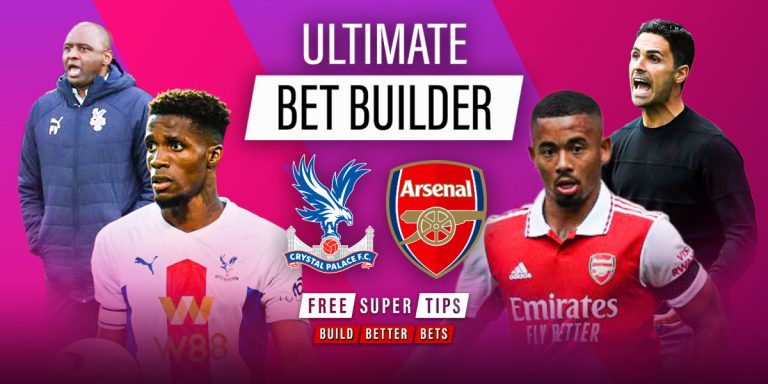 The Premier League is back on Friday night with an intriguing London derby between Crystal Palace and Arsenal at Selhurst Park.

Palace claimed a 3-0 win over the Gunners at this venue in April last season and will be looking to start the new campaign with a big performance in front of their own fans, while Arsenal have been active in the summer window and should have a few of their new faces on display.

We’ve covered the clash in our dedicated Match Predictions section, and I’ve used a few of those selections to come up with this 73/1 Ultimate Bet Builder fivefold for the Premier League curtain raiser.

We’re hoping for a bit of a goal-fest on Friday and over 3.5 goals at a big price appeals. Admittedly, pre-season isn’t always the best indicator for what will happen in the first weeks of the new campaign but Arsenal’s friendlies have been high scoring affairs – five of their seven fixtures produced over 3.5 goals and they scored 22 goals themselves across all seven games. Four of Palace’s final six pre-season assignments saw at least four goals scored and there were seven goals scored in total across the two league meetings between these two teams last season.

Arsenal moved to bring in Gabriel Jesus and Oleksandr Zinchenko from Manchester City during the summer and they could both have big debuts on Friday.

Starting with Jesus, the Brazilian appears to have settled in quickly in his new surroundings. The forward has scored seven pre-season goals since moving to the Emirates Stadium and looks a good candidate for an anytime goal as he looks to hit the ground running with his new team.

Oleksandr Zinchenko to have one or more shots on target

Zinchenko had to settle for a bit-part role during his time in Manchester but should go straight into the starting XI at Arsenal. The Ukrainian made 15 league appearances for City last term and averaged 0.8 shots-per-game, with just under 40% of those on target. Zinchenko will be looking to make a statement in his competitive debut and if a chance falls his way expect him to try his luck, so at a big price an anytime shot on target stands out.

Wilfried Zaha to have one or more shots on target

Zaha looks a contender for an anytime goal as he will be Palace’s penalty taker, indeed he scored from the spot in the 3-0 win over Arsenal in April, and he ended last season with three goals in five games.  However, a shot on target really stands out as Zaha averaged 2.1 shots-per-game in the Premier League last term and 1.0 on target, so he should be able to test the keeper at least once even if he is unable to get off the mark in the first game of the new season.

Arsenal to receive the most cards

Across both meetings last season between these sides, Arsenal picked up three yellow cards to Palace’s one and the odds-against price on the visitors to receive the most cards looks a good option.

There wasn’t a lot to separate these teams when it came to discipline last term overall as Palace averaged 1.97 cards-per-game and Arsenal 1.87. However, Palace were marginally better behaved at home and their opponents tended to pick up plenty of cards. Visiting teams at Selhurst Park received 46 cards over the course of the campaign, the joint-second highest total in the league, at an average of 2.42 per-game. 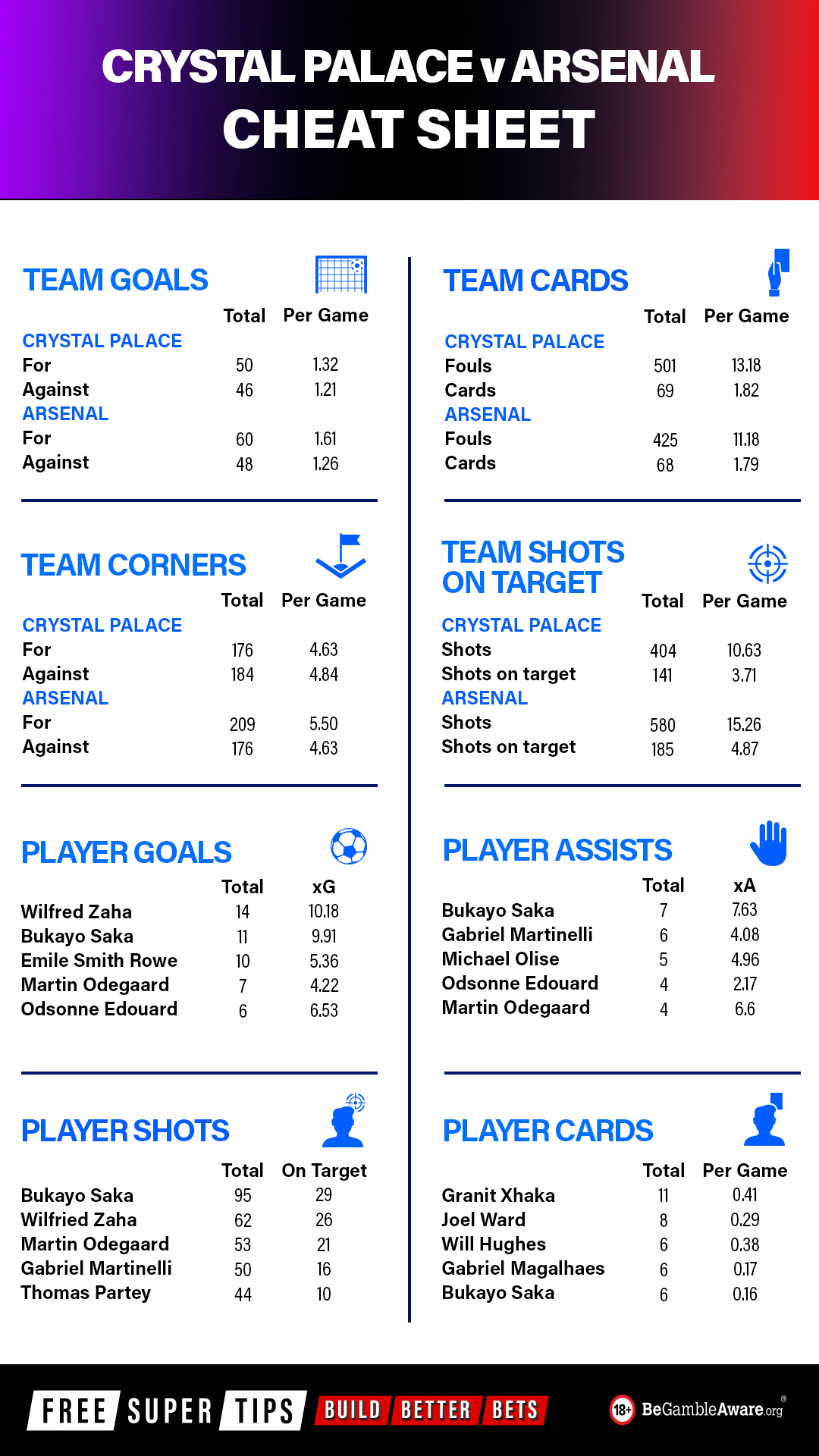