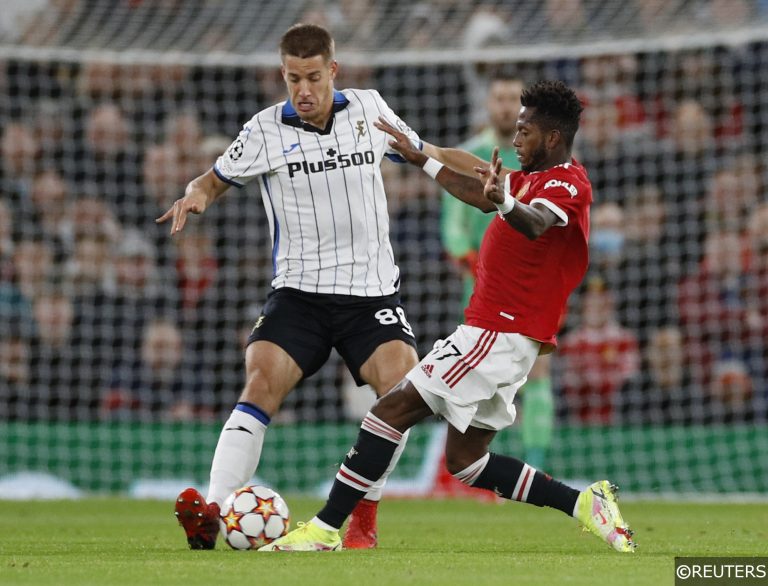 This week, the European competitions come into focus as we asked our experts for their best Europa League and Europa Conference League bets – discounting the English sides still involved in those competitions.

A few interesting selections have cropped up and one game that has attracted their attention is Bayer Leverkusen’s trip to Atalanta – with a few of our experts having different ideas on how that game will play out.

Battle In Bergamo Splits The Experts

Bayer Leverkusen’s results may be on the up but it is difficult to see them competing with Atalanta, who look a decent bet at a shade of odds-on. Leverkusen lost at Ferencvaros and were held at Real Betis in the group stages and a trip to Bergamo is a far toughest test.

Atalanta have won three of their last five games and it is worth remembering that in the Champions League group stages they held Manchester United to a 2-2 draw on home soil. Leverkusen, on the other hand, have failed to win in five of their last seven away games.

Bayer Leverkusen have caught the eye recently and a small wager on Gerardo Seoane’s goal-getters away at Atalanta appeals. The Italians are a good side but haven’t been as productive in front of goal this term as they were in recent campaigns, while their home form is nothing to write home about, winning only four of 13 league games at the Gewiss Stadium.

Leverkusen travel to Bergamo off the back of an impressive 1-1 draw at Bayern Munich and have been full of goals recently, scoring three or more in four of their last six outings. Moussa Diaby has been red hot of late and such a potent goal threat gives them a great chance to edge potentially the tie of the round.

Both teams to score in Bergamo for Atalanta vs Bayer Leverkusen appeals at around 4/7. Bayer Leverkusen have scored as many league goals as Borussia Dortmund this season and that trend held firm in the Europa League, too, with the Germans scoring 14 goals in the group stage. They have only kept one clean sheet in their last ten competitive games, though, and Atalanta scored 12 in a tough Champions League group and have scored in 18 of their last 20 home games.

Both teams have more than enough talent going forward to trouble the opposition defence and I can see this one being a thriller.

Lyon have scored in every Europa League game so far this season, but their great results in Europe look to be under threat in their toughest game in the competition so far. The Ligue 1 side head to Porto, who were narrowly knocked out of the Champions League in December.

Porto put Lazio out in the last round of this competition, winning 2-1 at home in the second leg. They have now won seven of their last nine home matches, although they’ve gone six without a clean sheet at their own ground. Given that form, back Porto to win and both teams to score on Wednesday.

Bodo/Glimt have caught the eye in this season’s Europa Conference League, not only thrashing Roma 6-1 during the group stage, but also by beating Celtic home and away in the first knockout round.

Kjetil Knutsen’s side have won all seven of their home matches in Europe this season, with six of those wins coming by a two-goal margin.

The Norwegian champions will have home advantage again on Thursday when they take on an AZ Alkmaar side that were ironically knocked out of this season’s Europa League by Celtic.

AZ have won just one of their previous six European away games and Bodo/Glimt could well be the value option to triumph at the Aspmyra Stadion at odds of 2/1.

Odds-On Options From The Experts

Roma had to do without Jose Mourinho in their last two league games with the Portuguese boss serving a touchline ban but it does not appear to have fazed the capital club, who won both matches, the most recent of which was against Atalanta.

They are progressing steadily in Serie A and have lost only one of their last nine matches in all competitions.

A hammering by Bodo/Glimt was a low point in this competition but they still topped their Conference League group and should have too much for Vitesse, who have won only two of their last eight games.

At 4/6 PSV look a a great price at home to Copenhagen in the Europa Conference League. The Eindhoven side have won 12 of their last 15 matches and they are keeping the heat on Ajax at the top of the Eredivisie.

Roger Schmidt’s men came through narrowly against Maccabi Tel-Aviv in the previous round of this competition, but they were far more dominant than the narrow winning margin suggests and they can see off a Copenhagen side that struggles when stepping-up in class.

Barcelona may be out of the La Liga title race this season, but Xavi’s side look to be improving in recent months.

The Spanish giants are unbeaten in seven in all competitions, while they have won three on the spin. While they have only kept two clean sheets during that time, Thursday’s opponents Galatasaray, are not known for their scoring exploits away from Turkey.

Galatasaray have only scored two goals on their travels in their last four meetings in the Europa League and Barcelona to win to nil catches the eye at 5/6.

29/1 To Qualify acca for the Europa League last 16