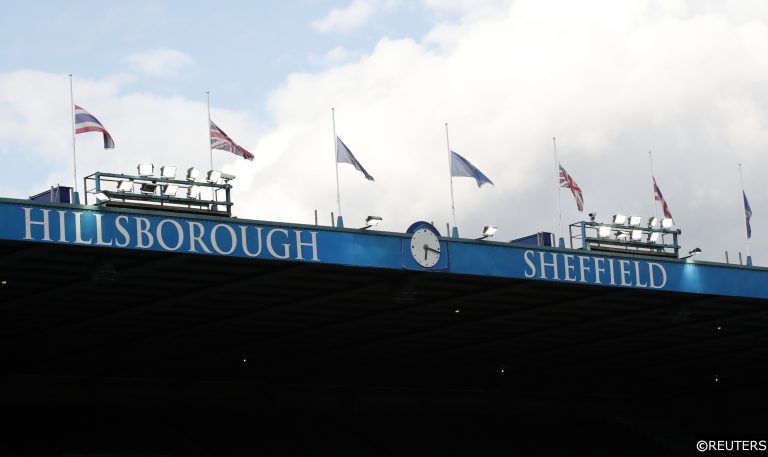 With the League One play-off line-up confirmed, we asked our experts for their picks for promotion and it is fair to say this question split the room as all four teams got at least one vote.

Plenty of support for underdogs Wycombe

All four teams will like their chances of going up but there a few things to consider when assessing their claims. Sunderland were the form side in League One over the final ten games but there’s a sense of trepidation over the Black Cats’ chance given their play-off history.

MK Dons’ young squad is talented but may not have the mettle for the play-offs, leaving Sheffield Wednesday and Wycombe. The Owls have been excellent in the second half of the season and are worthy favourites but an injury to key midfielder Barry Bannan is a worry.

Therefore, don’t be surprised if outsiders Wycombe bounce back to the Championship at the first time of asking. Gareth Ainsworth has put together an experienced squad that ended the season strongly, while Ainsworth has mastermined two successful play-off runs previously.

I’m siding with the underdogs and I think Wycombe have a great chance of securing an immediate return to the Championship.

The Wanderers have been there or thereabouts all season, aside from a rough patch at the start of this year, and they go into the play-offs in fine form. Wycombe are unbeaten in their last 12 games – and they’ve been excellent at the back during that run as they’ve only shipped five goals in total.

The Chairboys managed three wins in their final four games and two of those were massive, beating Plymouth to set up their surge back into the top six and then play-off rivals Sheffield Wednesday. One concern is the fact they’ve lost three times to semi-final opponents MK Dons already this season, but they haven’t met since January and Wycombe have picked up since then so everything could be falling into place for Gareth Ainsworth’s side as they look to repeat their 2020 heroics.

Wycombe are in good form heading into the League One play-offs, as they are on a 12-game unbeaten streak, and they could be the surprise package in the battle to reach the Championship as they prepare to take on MK Dons in the semi-finals.

The Chairboys boast the joint-fourth best home record in the division, taking 47 points from their 23 matches, while their tally of 36 points on the road is bettered by only three teams this season.

Gareth Ainsworth’s men also have good play-off experience having gone up via this method in 2017/18 when getting out of League Two and also when earning promotion from League One to the Championship in 2019/20, so they are well-accustomed to the pressure of these matches.

The League One regular season was full of excitement and the playoffs promise to be no different. You could make a case for any of the four teams, but I would side with Sheffield Wednesday.

The Owls finished the campaign in superb form, losing just three of their last 20 third-tier matches. That excellent run was built on a rock-solid defence that shipped only 18 goals in 23 games at Hillsborough.

Wednesday have the experience and quality to deal with the pressure of the playoffs and they should secure their return to the Championship.

The Sheffield Wednesday versus Sunderland tie looks key to fixing the League One playoff puzzle and narrow preference would be for the Owls, who at 7/4 are worthy favourites to make their Championship return.

Darren Moore’s men have lost only three of their last 20 league matches – they have won 14 of those fixtures – and they are going to have the benefit of a huge following throughout. The likes of Barry Bannan, Saido Berhahino and Lee Gregory are capable of cutting it at a higher level and that quality gives them the edge over their playoff rivals. Their 4-1 win over Portsmouth on the final day of the season sets the tone and highlights what they may be capable of.

Sunderland can end League One exile

Sheffield Wednesday finished the League One season strongly and are worthy favourites but, while the play-offs aren’t quite the lottery they’re often made out to be, the Owls look short enough at the prices and I prefer the claims of both MK Dons and Sunderland.

The Dons, with highly-rated forward Scott Twine pulling the strings, fell just short in the automatic promotion race but signed off with an excellent 5-0 win over Plymouth which should have given them plenty of confidence ahead of a two-legged tie with Wycombe.

However, Sunderland are unbeaten in 13 League One games and hammered Wednesday 5-0 in their last meeting. If they get through the semi-final tie, they’ll probably be favourites for the final with a vocal army of Mackems in attendance at Wembley.

Momentum is often a key factor when it comes to trying to successfully manoeuvre through the play-offs.

Sunderland certainly have that on their side after ending the regular campaign on a 13-game unbeaten streak, which included a 3-0 victory over table-toppers Wigan.

They face a tough two-legged tie against Sheffield Wednesday in the semi-finals but there’s enough about their 3/1 price to get me behind the Black Cats.

The Owls’ away record, which was only seventh best in League One, is a concern for their trip to the Stadium of Light, especially if Sunderland, who picked up the second-highest points tally at home, can earn a first-leg advantage.

Dons can bounce back after missing automatic spot

It was ultimately for nothing, but MK Dons dismantled Plymouth 5-0 on the final day in their promotion bid. In any other season Plymouth’s points total would have made them a playoff contender, so that was an impressive victory.

Plymouth have lost out due to one of the most competitive campaigns in recent memory, but MK Dons thrived to push for automatic promotion. Their 89-point haul shows the quality they possess and finishing with successive wins to nil sets up the Dons well for the playoffs.

The impact of missing out on automatic promotion is always exaggerated in the playoffs and I don’t think it’ll hold back MK Dons this term. The fact they won away to five of the top seven sets them up well for the playoffs including the Wembley final, so back them to make the Championship.