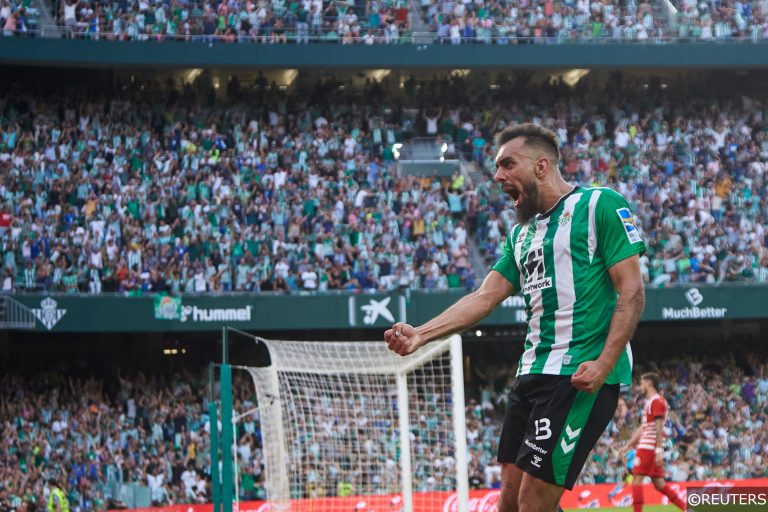 In The Mixer is FST’s weekly column where we catch up with our team of experts in football betting and get their opinion on the hot topic of the week.

The Copa del Rey takes place in Spain this week across Tuesday, Wednesday and Thursday so we thought now would be the perfect time to get our experts to pick out their winners.

This one really split the room with Real Betis and Real Sociedad the only teams to get two votes, with Barcelona, Villarreal, Athletic Bilbao and Sevilla all receiving one selection.

Real Betis were crowned Copa del Rey winners last season and it could again pay to veer away from the two El Clasico clubs in the tournament’s outright betting.

Barcelona and Real Madrid are both preoccupied with the La Liga title race this season and, while they arguably have the depth to compete on multiple fronts, Athletic Bilbao are a more enticing option at 14-1.

The Basque side love this cup competition, having made the semi-finals last season and finishing as runners-up in 2020 and 2021.

Manager Ernesto Valverde has gone the distance in the Copa del Rey with Barcelona before and has a capable squad at his disposal with the likes of Iker Muniain, Nico Williams and Inaki Williams able to carry Athletic Bilbao far, starting with a win over Espanyol in the last 16 on Wednesday.

Barcelona make more appeal than Real Madrid at the head of the market given that they face third-tier Ceuta in the round of 16 while Real have a tough tie away to Villarreal.

However, Spain’s big two have not dominated this competition recently and Real Socieded, the 2019-20 Copa winners, triumphing in a Covid-delayed final in April 2021, are an appealing each-way bet.

They are third in La Liga after four straight wins, won five of their six Europa League group games including a victory away to Manchester United, and have a decent home tie against Mallorca in the last 16.

There is no surprise in finding the big two at the top of the market, but I wouldn’t trust either at the prices, particularly with Real Madrid not having even reached a final since they last won it in 2014, while Barcelona are clearly not the side of old.

Real Betis are a tempting 14-1 to mount a successful defence, having been drawn against Osasuna in the last 16. There isn’t much between these two in the league – a point and a place in Betis’ favour, having played a game less – but with the former having already won the first league meeting between these two back in August, there is little to fear. Having only lost out to Barca in the Super Cup on a penalty shootout last week, there is enough value in the price to take a chance that Betis can add a second trophy in as many seasons, with hope for a kind draw.

Barcelona and Real Madrid are obvious contenders as the two market leaders but I like the 9-1 you can get on Real Sociedad, who should have more than enough to overcome Mallorca in their last-16 tie.

Imanol Alguacil’s side are on an eight-game unbeaten run across all competitions, a run of results which has them firmly in the title mix, and they have recent pedigree in the Copa del Rey having lifted the trophy in 2019-20.

Confidence is high within the Sociedad camp and it would be no surprise to see them feature in the final at the Estadio de La Cartuja, Seville.

Barcelona have won five of the last eight Copa del Reys and reached the final in another so it’s not hard to see why they are at the head of the market for this year’s edition.

Xavi’s side face third-tier side Ceuta in the round of 16 so barring a huge shock, look guaranteed a spot in the last eight and they can go all the way.

The Catalan club have conceded just six goals in 16 league games this season and that solidity could be key in this cup competition. While it may not be the most left-field suggestion ever, there is enough juice in the Barca price to make them worth siding with.

I think Athletic Bilbao can give you a good spin for your money at a nice price. The Lions have lost just two of their nine La Liga matches at San Mames this season and those were pretty unfortunate defeats. Athletic bossed the game when losing 1-0 to Atletico Madrid on their own patch and they won the shot count 13-6 when going down by the same scoreline to Espanyol.

If not for that misfortune Ernesto Valverde’s side would be unbeaten at home this term and there won’t be too many sides relishing a Copa del Rey trip to San Mames.

Athletic have an opportunity to avenge that defeat to Espanyol in the next round of the cup and it wouldn’t be a surprise if the canny Valverde led his side on a deep run.

Barcelona and Real Madrid are heavy favourites, but that means there’s no better time to get behind Villarreal. They meet the European champions next up, which has pushed them out to a 20/1 chance to life the trophy.

However, Villarreal crucially have home advantage in that tie which comes just 12 days after the Yellow Submarine claimed a 2-1 victory over Real. The hosts have a fine home record this term and meet a Real side who don’t have the greatest track record in this competition.

Their last cup win came in 2014, while they’ve made it past the quarters only once since. Villarreal ended their wait for silverware with the Europa League in 2021 and with the club sitting fourth in La Liga there’s every chance another trophy could follow in 2023. A win over Real would likely cause their odds to tumble, so I’m backing Villarreal early.

With Real Madrid and Barcelona both involved I wouldn’t necessarily advise backing against either of those heavyweights as they are still available at decent prices, but if you are looking for an outside bet Sevilla have some appeal.

Jorge Sampaoli’s men are out of the running already in terms of the battle for the European spots this season so the Copa del Rey is their only domestic target, although they do still have the Europa League to focus on.

Sevilla made a poor start to the campaign but have improved after the World Cup break and they have a very winnable game at Alaves in the next round of this competition, so they look a good option at around 16/1 away from the two favourites.