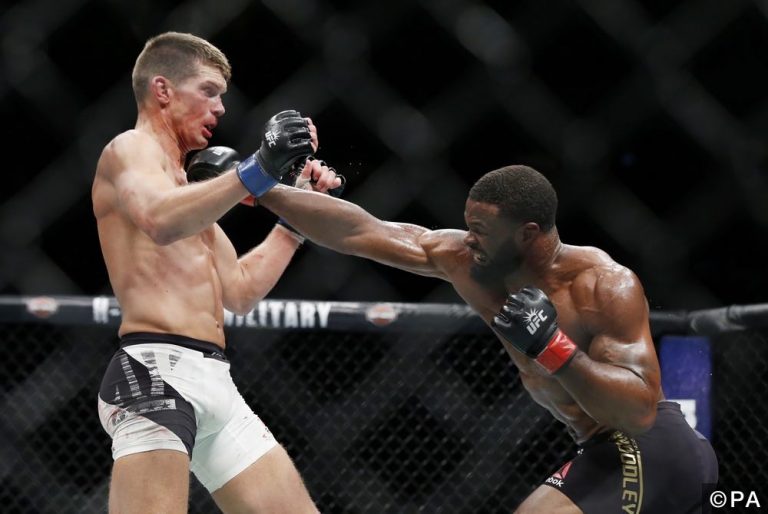 New to betting on UFC? Our expert UFC tipsters have put the following guide together to help you understand UFC betting and the terms involved. We cover all of the major UFC contests with our free UFC betting tips and predictions on a regular basis so make sure you have a read of this before you join in.

Within the world of mixed martial arts there is always the presence of unpredictability and that’s why it’s important to become familiar with the betting rules beforehand. In the event that a scheduled bout does not occur due a fighter injury, replacement, postponement etc. then the bet will be made void UNLESS the bout is rescheduled for a future event; some betting companies will still void the bet if this is not within 30 days. For example, Cerrone vs Lawler was originally scheduled for UFC 213 however due to a minor injury it was rescheduled to UFC 214, due to this being within 30 days the bet would not have been voided.

All bets are settled upon the official result given following the fight, if a fight is declared a no contest then bets will be made void. For example, the recent Poirier vs Alvarez fight was declared a no contest due to accidental illegal knees. This was the official result declared following the fight and therefore bets on this fight would have become void.

When placing bets on this market you are choosing who you think will be declared the winner of the bout based off the official fight result immediately called following the bout. This market does not include a draw option so if the bout ends with that outcome then all bets will be made void. In the instance that a fight result is later changed due to circumstances involving USADA then the bet will be made void as stated above as the fight will be changed to a no contest.

Within MMA there are lots of ways that a fight can be ended, more so than in boxing so there is an importance to know what each outcome specifically means. Bets will be settled based on the official result following the contest e.g., ‘majority decision’.

Knockout (KO) or Technical Knockout (TKO) – There is a difference between a KO and TKO and therefore it’s important that the difference is known before placing a bet on this market. A KO refers to when an opponent is knocked unconscious by strikes or kicks causing the referee to end the fight, an example of this is Drew Dober’s KO victory at UFC 214, his opponent was unconscious from the initial strike and therefore the referee stopped the fight immediately. A TKO refers to when a legal manoeuvre causes an injury severe enough to terminate a bout or when the referee stops the fight due to determining a fighter unable to continue.

Submission – This is one of the simpler markets to understand within the fight outcome category, a fight is ended by a submission due to the referee stopping the contest due to a fighter tapping or verbally giving up. In the circumstance that an opponent does not tap and they are deemed unable to continue, the referee will stop the contest and the fight outcome will still be by submission.

Majority Decision – This outcome is one of three possible decision outcomes; a majority decision is when two of the judges score the contest for the same contest meanwhile one judges the contest to be a draw. This is not often seen in MMA however with the new scoring system it’s an increasing probability,

Split Decision – When two judges score the contest for the same fighter whilst one judge scores it for their opponent this is considered a split decision. For example, if a fight is scored 30-27, 29-28 and 28-29 then the fighter with two scorecards in their favour will earn the split decision.

Unanimous Decision – This is the most common decision outcome, it is when all three judges score the contest for the same fighter. An example of this is Tyron Woodley’s victory over Demian Maia at UFC 214, the judges scored it 50-45, 49-46 and 49-46 which meant due to all the judges scoring it in favour of Woodley he won via unanimous decision.

There are two markets available which include round betting: under/over rounds and method of victory round. These markets have different meanings and therefore it’s important to know the difference between placing bets. In the event of the bout ending in a draw or the planned number of rounds changing after placement of the bet then it will become void. If a fight goes to the judges it will be settled as a points victory to the winner, therefore if you placed a bet on the fight ending in the 5th round and it went to the judges the bet would not win as it would have surpassed that round.

Method of Victory Round – When placing a bet on this market you are predicting that a fighter is going to win in a specific round, therefore this bet is only active during the five-minute period of the round you placed. If a fighter does not return from his corner following a round the fight will be deemed to have ended in the previous round, for example, if a fighter returns to his corner at the end of round two but he is deemed unable to continue then the official decision will be a TKO in round 2.

Under/Over Rounds – This market refers to if there will be more or less than specific number of rounds, half a round is deemed at 2 minutes 30 seconds. Therefore .5 of a round is deemed as this amount of time. When placing a bet on this market you will be predicting if you expect the fight to end before or after a specific time, if you place a bet stating the fight will be under 1.5 rounds, this means before the 2 minutes 30 mark within the second round. Therefore, if the fight is stopped before the 2 minutes 30 mark of the second year the bet will be deemed a winner, in the event that the bout is stopped exactly on this time mark the bet will be made void. An example of this is if I placed a bet stating that Cyborg vs Evinger would be over 1.5 rounds, then I am stating the bout will go further than 2 minutes 30 in the second round. The official result of the fight was that it ended 1 minute 56 seconds into the third round meaning that my bet would be settled as a winner.

Find the best free tips on our UFC betting tips and predictions page where you will find fight previews, accumulators and special offers!