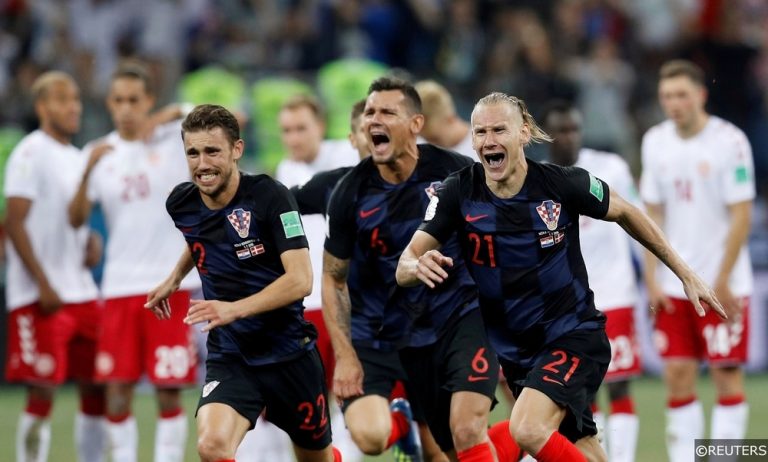 Saturday night’s quarter-final clash between hosts Russia and Croatia looks incredibly tight. The pair seem very evenly matched ahead of the final last eight clash of the weekend. The duo both progressed in similar circumstances on Sunday, and they’re now aiming for a semi-final spot. Will the host nation continue their impressive run with a victory on Saturday night?

Ahead of the clash in Sochi, we’ve looked through both of these sides. Russia have progressed with a side who are more than the sum of their parts. Meanwhile, Croatia’s technically gifted collective are looking really impressive, as they hunt for a spot in the final. With their quarter-final clash looming, we’re looking at five key areas were this clash could be won or lost.

Croatia have an impressive side all around, but their strength is focused in their midfield. They are going with a trio in the centre in their 4-5-1 set up. Luca Modric, Ivan Rakitic and Marcelo Brozovic are brilliant players separately, and they’re working really well together to give Croatia a controlling presence in every game. That’s been the foundation of their success in Russia, and it gives the hosts a problem ahead of this quarter-final clash.

Can the defensively minded pair at the base of their 4-2-3-1 system contain the trio? The hosts will need a big display from Roman Zobnin, who has the fifth highest number of tackles attempted at the tournament from the opening two rounds. His presence in the middle will be necessary to break up the play, and to prevent Croatia passing rings around Russia.

However, even with Zobnin at his best, it’s hard to see Russia being able to win the possession battle. They may attempt to surrender the middle to Croatia, and look to block the central midfielders from having options further up the pitch. It’s a more realistic aim than going head to head with them, but it would make for a dull game.

Pressure on Golovin to Unlock Defence

As we mentioned, Croatia have talent all across the pitch. Sime Vrsaljko at right-back has been fantastic as part of Atletico Madrid’s tough back four. He seems to have carried that form over with him to Croatia, as he forms part of a solid defence on the international stage. So far, the Croatians have only conceded one goal with their first choice back four on the pitch.

Russia are about to find out that breaking through the Croatian backline is difficult. It’s likely to be tough in this game, with both sides playing five-man midfields in support of hard-working forwards. With each set of full-backs likely to push on out wide, the middle of the part will be crowded. Space is going to be in short supply, so Russia will turn to Aleksandr Golovin to provide the moment of magic.

The playmaker is a transfer target to Juventus and Chelsea, after providing two assists at the World Cup so far. That’s a tournament high, while he leads the way for Russia with five key passes, and 80% success-rate with his dribbles. He’s the most creative, gifted player Russia have going forward, so he’s going to be absolutely vital for the hosts going forward.

Could Mandzukic Make the Difference? 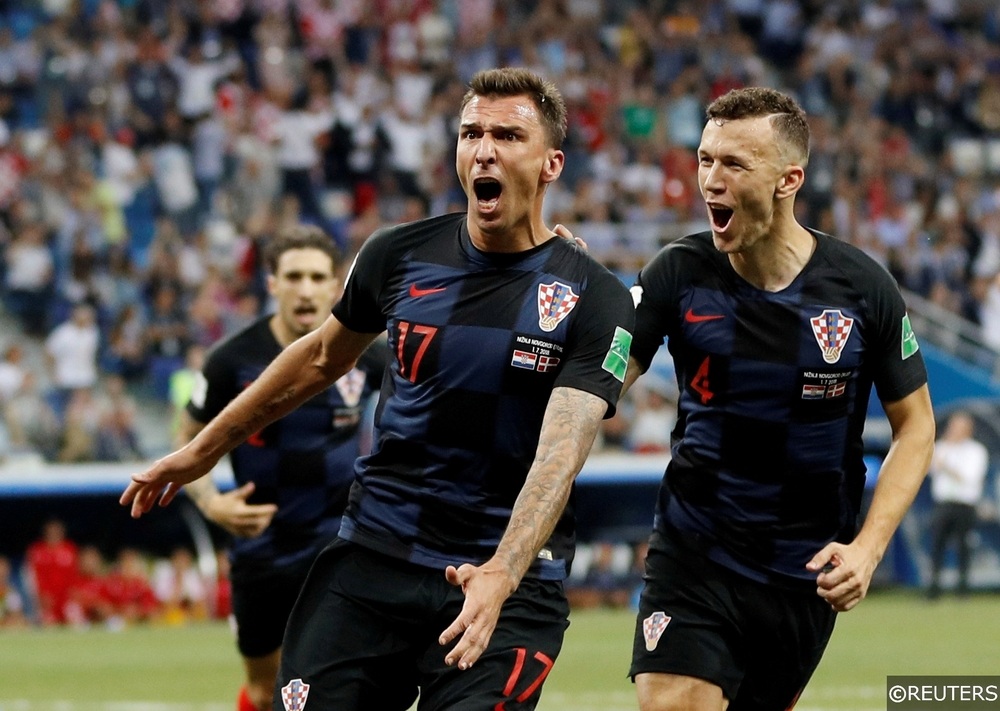 As we mentioned, both sides don’t commit many forwards. Croatia have a flat midfield five supporting Juventus forward Mario Mandzukic. None of Croatia’s midfield are high scoring players, they’re all technical creative types. With Andrej Kramaric likely to start this one from the bench, Croatia will be overwhelmingly looking forward Mandzukic to score their goals on Saturday.

Croatia’s lack of presence going forward has showed in their games so far, as they’ve spent just 24% of their total minutes in Russia in their opponent’s third of the pitch. That’s a pretty low score for a side who have scored eight times. They don’t pepper their opponents with shots, they prefer to rely on big moments, which Mandzukic specialises at.

He opened up his account for the tournament against Denmark, following criticism for failing to score in the group stage. He’s stepped up at numerous points across a successful career with Bayern Munich, Atletico Madrid and Juventus. With Russia looking solid at the back, Croatia will need a strong display from Mandzukic.

In a game which is likely to see a crowded midfield, both sides need to take whatever chance they can to hold an advantage. However, can Croatia capitalise on possible openings on the flanks? The full-backs seem like areas where Russia could be punished, especially the incoming left-back Fedor Kudryashov. While the Croatian full-backs tend to push up high, that’s the only wide presence they have.

Ante Rebic and Perisic are both players who like to move in centrally, and they sit quite close to Mandzukic. That leaves a lot of pressure on the full-backs, and they have issues of their own to deal with. Denis Cheryshev is a threat for Russia from the left, so Vrsaljko may have to pick his moments to push on. With their inside forwards, Croatia may not test potentially Russia’s biggest vulnerability.

Russia vs Croatia Predictions and Preview

Who Can Hold Penalty Nerves? 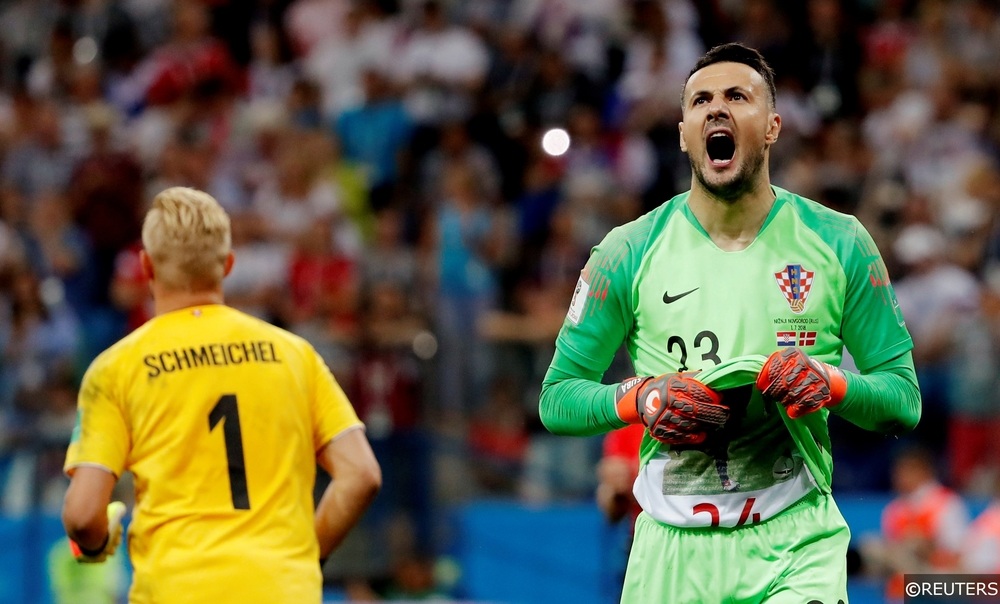 All along, we’ve gone through this tie expecting a very close game. We see a packed midfield, two nervy sides and the potential of extra time and penalties. Both sides made it to the quarter finals in a very similar way, after penalty shoot-out wins following 1-1 draws. There’s every chance of another shootout on Saturday.

These two sides are both experienced in spot-kicks, but who will have the advantage? Croatia certainly need to improve, after two poor efforts from Modric against Denmark. However, they do have a weapon in goalkeeper Danijel Subasic. He was in fantastic form against Denmark, helping his side through to the last eight. Russia may have beaten an out of sorts David De Gea in the last round, but they have a shootout specialist to take down on Saturday, if this one goes all the way.