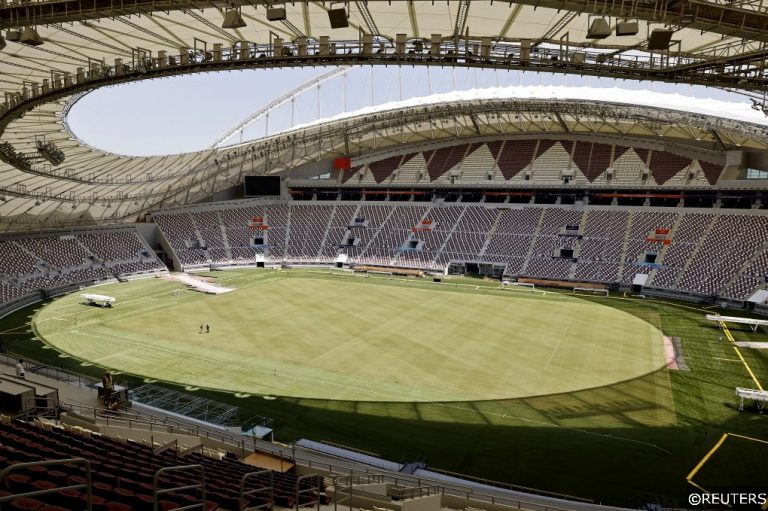 The 2022 World Cup in Qatar gets underway in under two weeks and excitement is ramping up for the first ever winter tournament.

With the last round of Premier League fixtures taking place less than a week before kick-off in Qatar, the World Cup schedule is a bit different compared to previous editions, so I’ve rounded up all the key dates you should know before sitting down to watch Qatar vs Ecuador with your first mince pie of the year.

Premier League managers have been lobbying for a winter break for years but I don’t think this is what they had in mind.

Just a week before kick-off in Qatar the Premier League plays its final match, with Fulham vs Manchester United marking the final fixture ahead of a six-week break in the action.

Many nations have already released their provisional squads for the World Cup but the official deadline for the final squad is a week before proceedings start in Qatar.

Sunday, November 13th will see all 32 nations release their final squads of between 23 and 26 players, although it is worth noting that replacement of injured players is permitted up to 24 hours before the team’s first match.

While we are usually treated to a couple of weeks of pre-World Cup friendlies, the tight turnaround for this year’s edition means the first pre-tournament game isn’t until under a week before kick-off in Qatar as Iraq face Belgium at 11pm.

The main slate of games begins on the following day, although with neither England or Wales scheduled for any friendlies we will have to wait until the tournament proper before seeing how the home nations plan to set up.

Host nation and World Cup debutants Qatar finally get things underway on Sunday, November 20th as they take on Ecuador at 4pm GMT.

As always, we’ll have all our tips and predictions over on our World Cup 2022 predictions page.

With poor form and injuries dominating the headlines, the build-up to England’s World Cup campaign has hardly been ideal but that will all be briefly forgotten about when the Three Lions get their tournament up and running against Iran on November 21st.

Gareth Southgate has led England to a World Cup semi-final and a European Championship final in his time in charge and will be looking to go one step further in Qatar to quash speculation about his future.

Later that same day, Wales raise the curtain on their campaign against the United States.

The host nation are back in action five days later but it’s Wales who get matchday 2 underway on the morning of Friday, November 25th.

England’s clash with the United States follows at 7pm, while other heavyweight clashes for round 3 include France vs Denmark, Argentina vs Mexico and, perhaps most anticipated, Spain vs Germany.

A home-nation clash between Wales and England catches the attention on the first day of round 3 of the Group Stage with both teams desperate to make it to the knockout stages.

South Korea’s tie with Portugal on Friday, December 2nd ends the Group Stage and sends half of the nations home.

The winners of Group A and the runners-up from Group B face off to begin the knockout rounds and we will be treated to another three days of elimination action to kick-off December, closing with the Group H winners versus the Group G runners-up.

For the first time since the World Cup began we will be left bereft of international action for two days between the end of the Round of 16 and the beginning of the Quarter-Finals.

While League One and League Two run throughout the World Cup, the 24 clubs in the Championship have a few weeks off as a host of players head to Qatar.

That all changes after the quarter-finals, though, with nine fixtures scheduled for December 10th.

We’re down to the final four by mid-December and, with Sunday, December 11th and Monday, December 12th free from World Cup action now is the perfect time to get some festive shopping done.

Then it’s right back into the action with back-to-back days of World Cup semi-finals before another two-day break ahead of the third-place play-off.

A week after the Championship makes its comeback we can cast our eyes to Scotland for the return of the Scottish Premiership, although there is a small chance a couple of players could still be in Qatar.

Seven days before Christmas the entire footballing world will cast their eyes towards the Lusail Iconic Stadium for the first-ever World Cup Final held in December.

Who will return from Qatar as heroes?

With the 2022 World Cup behind us and Christmas over and done with, it’s back to business as the Premier League returns for the traditional slate of Boxing Day fixtures.