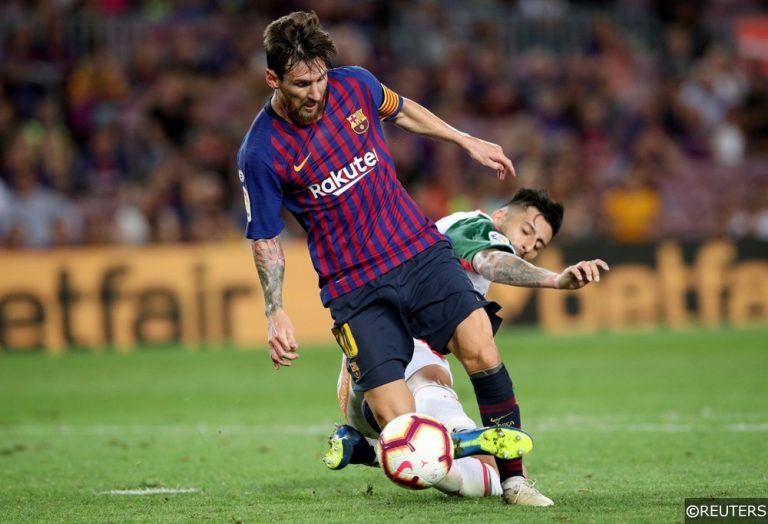 After a disastrous week at the end of a disappointing season for Spanish clubs in Europe, La Liga returns on Sunday with a few big issues still to be resolved. Heading into the penultimate match-day we still don’t know who Spain’s 4th Champions League qualifier will be. Surprise package Getafe are still in pole position but face a trip to Camp Nou with Sevilla and Valencia hoping to take the fight into the final weekend.

At the other end of the table, it’s even tighter. Huesca and Rayo Vallecano are already down but there are still five teams battling to avoid joining them in the Segunda Division next season. Girona’s six-pointer with Levante is particularly significant on Sunday when for once all ten matches will take place simultaneously.

Read on for our anytime goalscorer tips and acca for this Sunday’s action in the Spanish Primera Division. 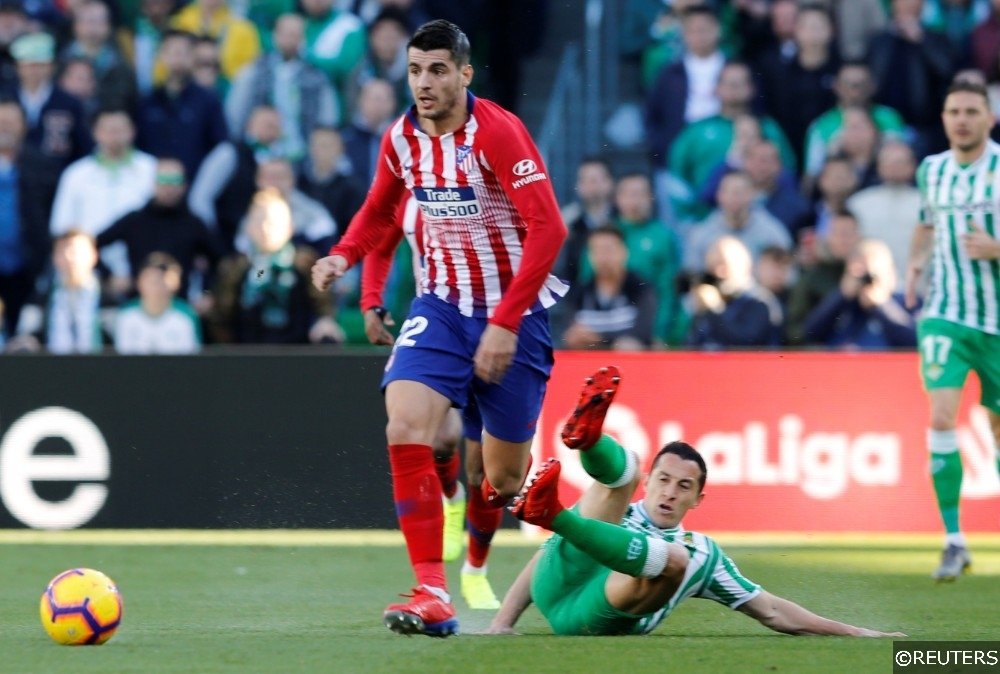 Atletico Madrid are hoping to secure 2nd place on Sunday. They only need a point to do that but they’ll be hungry to win what will be Diego Godin’s final home game for the club after he announced his departure this week. Sevilla are still battling for 4th but they were dreadful last time out, losing 3-0 at home to Leganes. It’s hard to see them bouncing back from that against an Atleti side that boasts the league’s best home record.

Alvaro Morata has played his part in that and despite only joining in January, he is the club’s second highest scorer in La Liga. With 8 goals for club and country since leaving Chelsea behind, Morata has started playing with more belief again and he’s capable of punishing a Sevilla defence which is vulnerable in the air and was exposed by a powerful Leganes strike-force last time out. Morata can be backed at 6/4 to net in this one.

Barcelona’s last two matches at Camp Nou have been celebratory affairs as they wrapped up the title against Levante before beating Liverpool 3-0 in the 1st Leg of their Champions League Semi-Final. The atmosphere will be slightly more subdued this weekend though with Barca’s players and coach perhaps bracing themselves for a bit of a backlash after they again let a convincing 1st Leg slip to exit the Champions League in surprising circumstances.

At times of need, there is one man that invariably pulls them off the ground and that’s Lionel Messi. He’s 4/7 to score anytime and it’s rare he is as long as that to score in a La Liga home match. With Luis Suarez and Ousmane Dembele out injured, there’s extra onus on the Argentine in this one. Getafe can be tough to break down but they are missing centre-back Bruno Gonzalez to suspension which will prompt something of a reshuffle and you’d certainly expect some kind of response from Messi and Barcelona here with their pride badly wounded in midweek. 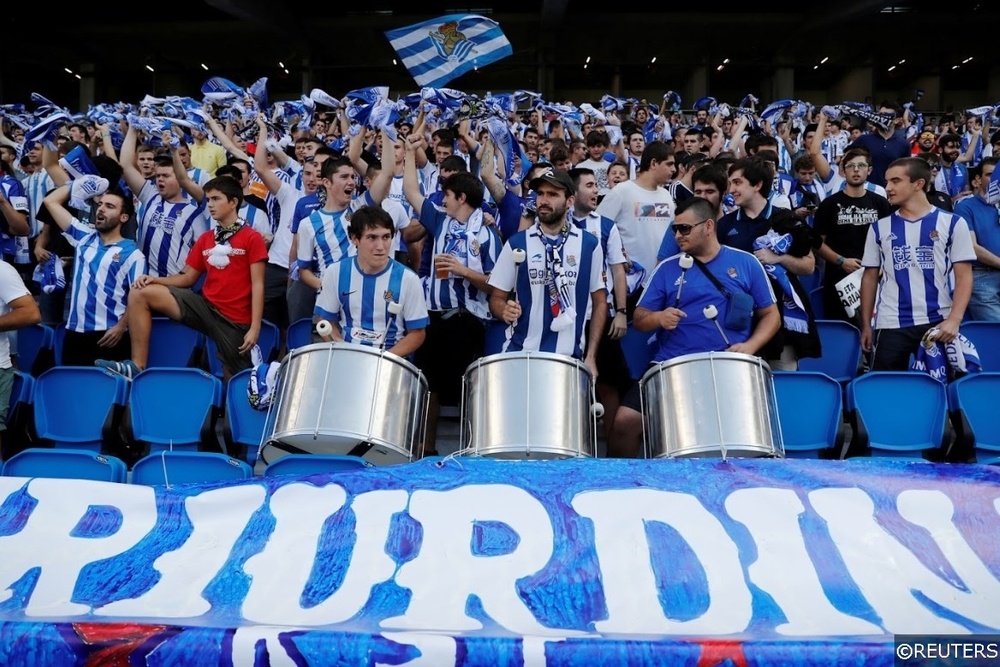 Real Madrid head to San Sebastian this Sunday most likely bracing themselves for what could well be another defeat in a woeful season. They’ve only taken 2 points from 4 away league games since the return of Zinedine Zidane and with Sergio Ramos missing, their defence could be exposed by a talented Sociedad attacking line-up.

Their most exciting player is 22 year old Mikel Oyarzabal who has already netted 13 times in La Liga this season, despite mostly featuring from out wide. 8 of those strikes have come since the start of February so he does take real form into this game and with a host of big clubs keeping tabs on his progress, Oyarzabal may have more reason than most to be up for this game. La Real are still in the hunt for European football too and that extra motivation could be decisive with Real Madrid seemingly coasting towards the end of the season and the summer break. 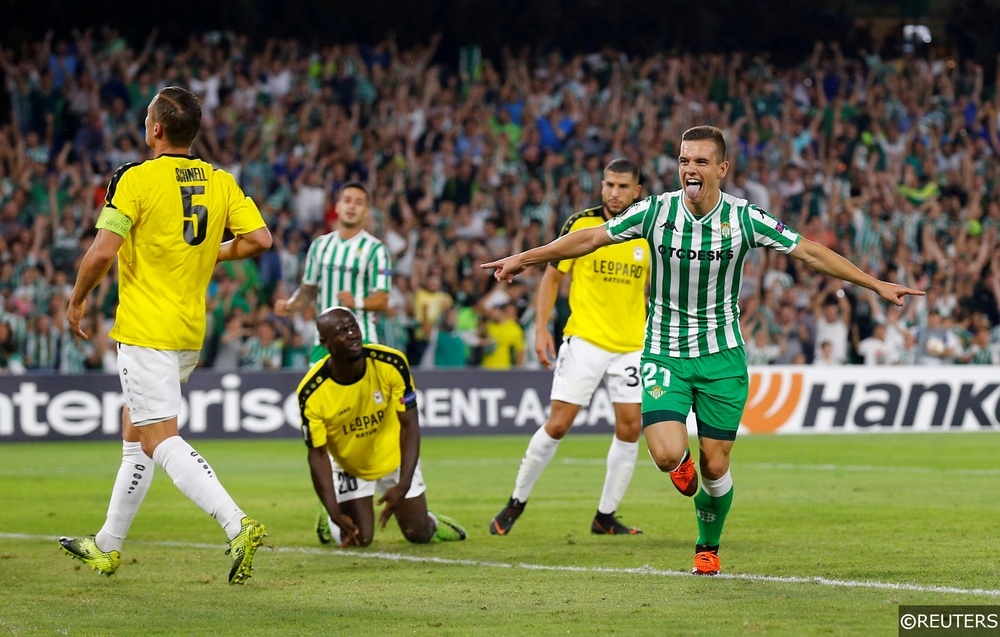 Our final pick comes from the clash between Real Betis and already relegated Huesca in Seville. The visitors had their relegation confirmed last weekend as they conceded six goals inside an hour at home to Valencia. It was the first time since the opening few weeks when the wheels have truly come off and there’s a danger that they could again be on the wrong end of a few goals here.

Betis aren’t in good form but they do create lots of chances and the lack of a prolific striker is perhaps the main reason they haven’t been able to build on last season’s success. Their top scorer is attacking midfielder Giovani Lo Celso. The Argentine has done brilliantly this term and has recently completed a permanent move to the club from PSG. Despite his side’s poor form, Lo Celso has 4 goals in his last 5 games to move onto 16 for the season in all competitions and you can back Lo Celso to score anytime here at Evens.

If you want to turn these tips into a four-fold acca, you can get odds of 16/1 for all four players to score this weekend in La Liga. Use the banner below to add them to your betslip: