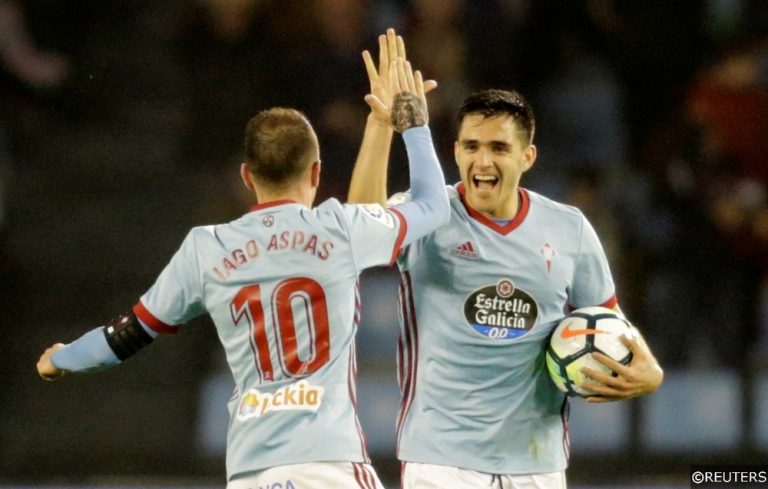 2018 was a year which saw Cristiano Ronaldo depart La Liga and the likes of Neymar, Kylian Mbappé and Eden Hazard stay put elsewhere despite intense speculation linking them with a move to one of Spain’s big two. With Leo Messi and the bulk of the Spanish golden generation now the wrong side of 30, there is increasingly a window of opportunity for fresh talent to rise and for new names to shine in La Liga.

Over the past twelve months, many young players have stepped up to the plate with assured displays to suggest they could be the stars of the upcoming age when La Liga will eventually be without both Messi and Ronaldo, the two undisputed leading lights of this present generation.

Fortunately for fans of Spanish football and particularly Barcelona, Messi is as brilliant as ever for now. The Argentine has still been comfortably the best player in Spanish domestic football over the past twelve months but here are five young stars to have caught the eye in 2018:

Dubbed ‘the new Busquets’, Rodri is part of an emerging group of Spanish midfielders who are hoping to follow in the footsteps of the likes of Xavi and Andres Iniesta for both club and country. The race to snap up the next generation of talent is already fierce. Real Madrid have made a point of buying the best young Spanish players over the past few years with the likes of Jesús Vallejo, Alvaro Odriozola and Dani Ceballos snapped up but Atletico may just have bagged themselves the best of the bunch with their summer purchase of Rodri.

The holding midfielder has gone from strength to strength since swapping Villarreal for the Wanda Metropolitano and is ideally suited to the Diego Simeone way of playing. The 22 year old also made his Spain debut in 2018 and won his first silverware as Atleti beat city rivals Real to life the UEFA Super Cup in Estonia. He already looks a steal at a reported fee of around £20 million with an outstanding passing accuracy of 95% in the 2018/19 season so far. He also averages 5.74 interceptions per game and has won 66% of his aerial duels and looks set to be a fixture in the Atleti midfield for many years to come.

Junior Firpo has become one of Madrid’s goals for the next season. #AS

Los Blancos are willing to pay 50M Euro buyout clause for the Real Betis LB. Although Solari is very happy with the performance of Reguilón as a substitute for Marcelo. #TransferNews #HalaMadrid pic.twitter.com/ZaLMySK8Px

Another 22 year old to have impressed in 2018 is Junior Firpo. Born in the Dominican Republic but raised in Andalusia, Firpo was still playing Segunda B football with Betis’ reserve side as recently as February. Just 11 months later he is being linked with everyone from Manchester City to Real Madrid, who reportedly see him as the long-term replacement for Marcelo.

With Europa League knockout football to come, Betis will be keen to hold onto him until at least the summer. Since breaking into the side in the 1-0 win at Deportivo La Coruna in mid February, Firpo has gone on to make 29 starts in La Liga and has shown himself to be a talented, attack-minded full-back or more often wing-back in this current Betis set-up. He has actually scored in 3 of his last 5 appearances in the league, including the opening goal in a famous 4-3 win at Camp Nou.

Lining up on the other side that day was Arthur, another 22 year old who has caught the eye in 2018. He arrived at Barcelona in the summer for an initial fee of just under £30 million from Gremio and has been the most impressive of Ernesto Valverde’s summer signings, quickly establishing himself as a fan favourite.

Early comparisons to Xaxi may only add pressure on the Brazilian as he looks to find his feet in European football and it’s worth noting that he has only made 7 league starts so far. He has already shone on the big stage though. A big priority for Barcelona this season was improving their away performances in Europe and Arthur added control to the midfield at both Wembley and the San Siro as Barca secured 4 points from tough Champions League away games against Spurs and Inter.

2019 could see a real battle develop between him and Arturo Vidal for a starting role in the Barcelona midfield but many fans of the Catalan club have already seen enough to believe that Arthur is a fitting heir to the throne departed by Xavi, when he left for Qatar in the summer of 2015. With Barcelona looking tough to stop in La Liga, he should be getting his hands on some more silverware over the coming twelve months.

Maxi Gomez started to showcase his potential at the end of 2017, a few months on from his move to Celta Vigo from Uruguayan club Defensor Sporting. He has only grown in stature in 2018, establishing himself as arguably the best young striker in the division with some excellent hold-up play and an impressive goalscoring record.

Gomez netted 18 times in La Liga in 2018 to take his overall tally to 25 goals in 48 starts since swapping his native South America for the Spanish top flight. He has forged a fine partnership with Iago Aspas up front for a Celta Vigo side that has perhaps underperformed as a team over the past couple of seasons. That may only hasten his departure with Atletico Madrid strongly linked with a striker who they may see as a fitting replacement for a misfiring Diego Costa.

Another Celta player to have had a real breakthrough year is Brais Mendez. Twelve months ago he was still hovering between Celta’s senior and reserve teams, starting more times in the Segunda B than he did in the Primera Division in the 2017/18 season. However he has been one of the surprise stars of the 2018/19 campaign so far with the winger enjoying something of a whirlwind rise to prominence.

He standout performance came in Celta’s 3-2 win at Villarreal in early December. Between the 44th and 51st minutes, Mendez scored one goal and created a further two as the Galicians raced into a 3-0 lead. The 21 year also had a big impact on his Spain debut in November. A surprise call-up with Luis Enrique experimenting during the early months of his reign, Mendez scored the only goal as La Roja beat Bosnia 1-0 and it will be interesting to see whether he can truly force his way into the Spain set-up on a consistent basis in 2019.