Although it’s still relatively tight at the top heading into match-day 17, the final round of league fixtures in 2018, Barcelona have firmly established themselves as the team to beat over the past fortnight. In a season when none of the top teams have really fired, Barca have suddenly reminded everyone of their class with a couple of dominant away performances and some improved displays at both ends of the pitch.

They come into the weekend having scored 9 goals in their last 2 matches, with Leo Messi tearing into both Espanyol and Levante to fire the Catalans to 4-0 and 5-0 victories. Ominously for the rest of the league both Ousmane Dembele and Luis Suarez have started to hit form too and in an attacking sense, Barca have been more impressive in recent weeks than they were at almost any point last season when they won La Liga at a canter, only losing one match.

Just as significantly, they head into this Saturday’s clash with Celta Vigo having kept 3 straight clean sheets. Ernesto Valverde’s experiment with moving back to a 4-3-3 appeared to be having too many detrimental effects in their half of the pitch, particularly when they lost 4-3 at home to Betis in November. However they appear to have found a better balance in recent weeks and at times they’ve looked a class above every other side in this division. 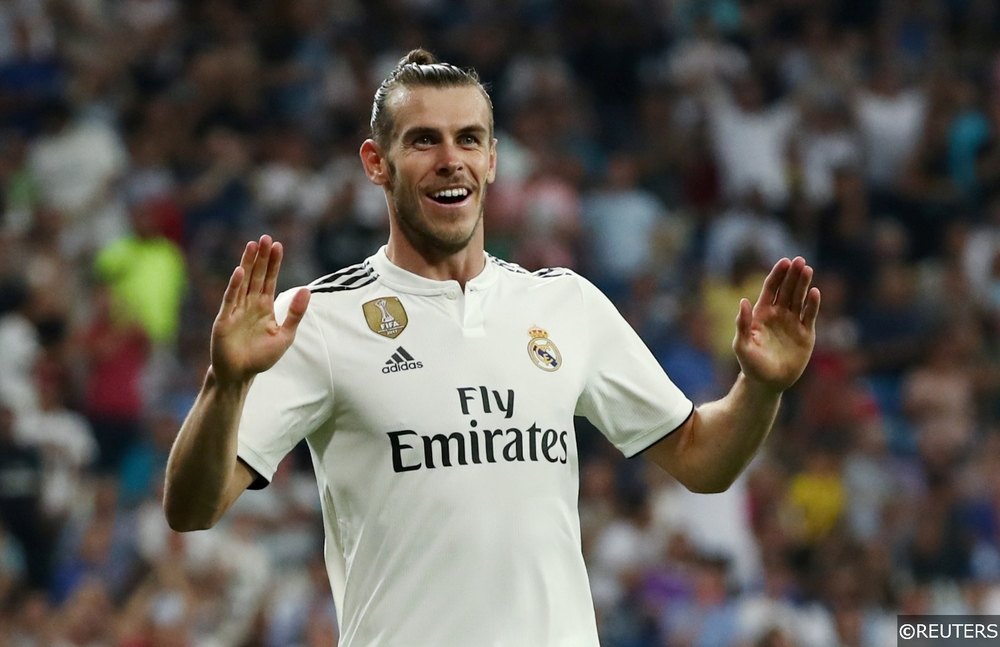 To some extent, Real Madrid may count themselves somewhat fortunate to still be in the title race given their problems this season and the miserable end to Julen Lopetegui’s troubled reign. The general consensus is that although results have picked up since Santi Solari took charge, results generally haven’t.

They headed off to the Club World Cup this week having won back-to-back league games although in utterly unconvincing fashion against Huesca and Rayo Vallecano, La Liga’s bottom two clubs. Assuming Barca win at home this weekend, Los Blancos will be 8 points behind their rivals heading into the New Year, although they won’t have to wait long to play their game in hand, an away fixture at Villarreal in early January.

On one hand, if performances don’t improve Real Madrid are surely going to start dropping more points before too long. With Barca on top of their game that could leave them all but out of the title race by February or March. However the other side of the coin is that Los Blancos have too many world class players for them not to find another gear sooner or later.

Gareth Bale displayed a timely reminder of his qualities with a hat-trick at the Club World Cup this week. He was always the man most capable of filling Cristiano Ronaldo’s boots and the Welshman is going to need to have a good second half of the season if Los Blancos are going to stand much chance of keeping pace with Barcelona and Leo Messi, who is in a different stratosphere to any other player in La Liga right now.

Nobody can really argue that Barcelona are the clear favourites to win La Liga again this season but there’s certainly a debate to be had over which of the Madrid clubs are likely to push them hardest.

Atletico Madrid are basically doing what they have done for a number of years now under Diego Simeone. They rarely seem to play particularly well and in some respects haven’t had a particularly good start to the season, certainly in the context of their heavy summer investment. Yet despite all that, they’ve only lost once in 16 league outings this season, fewer defeats than even Barcelona and Los Rojiblancos are only 3 points off top spot. If they can see off out of form Espanyol at home this weekend, they will head into the new year very much in the title race and 5 points above their city rivals. However their inability to convert one point into three away from home has been a big problem for Atleti this term with 63% of their road games ending up all square so far in the 2018/19 Primera Division.

One ‘advantage’ they might have, at least in terms of their league aspirations, is that of Spain’s top four they look by far the most likely to be knocked out of Europe early. Atleti face Italian giants Juventus in the last 16 of the Champions League while the other three teams all have European ties they will be expected to win. An early European exit could just free Diego Simeone’s men to put absolutely everything into a title push, which could be significant in a season when senior figures on and off the pitch at Barcelona have explicitly stated that the Champions League is their number one objective.

With Real Madrid at times appearing to be in turmoil, Barcelona already losing more league games than they did last season and Atletico Madrid not really taking advantage, the door is at least open for an alternative title challenge this term. Sevilla are the only side that are realistically capable of that and they head into the weekend in 2nd place, above both Madrid clubs.

Pablo Machin is doing a fine job and few could argue that they aren’t there on merit. They’ve scored 5 more league goals than Real Madrid this term whilst conceding 3 fewer than both Los Blancos and Barcelona. They’ve already easily beaten Real at the Ramon Sanchez Pizjuan, a ground where they have now chalked up 10 straight wins in all competitions. With Barcelona and Atletico Madrid still to visit the Andalusian capital, they will really fancy their chances in fixtures which could be pivotal in the title race, whether Sevilla are able to maintain a challenge or not.

Much like Atletico Madrid, Sevilla’s title aspirations may be dependent on a couple of key factors. Firstly their European commitments could see them playing well over 60 matches this season if they are to go deep in the Europa League, a competition they entered way back in July. Fatigue could be a real problem down the line and January additions are essential and do seem likely whether or not a potential takeover, that has drawn strong opposition from supporters, goes ahead. Secondly Sevilla will need to win a large number of away games if they are to keep on the tails of Barcelona, something that has been a problem for them in recent years. Heading into this Sunday’s trip to Leganes, they’ve only won 1 of their last 8 on the road in all competitions so it could well be their undoing.