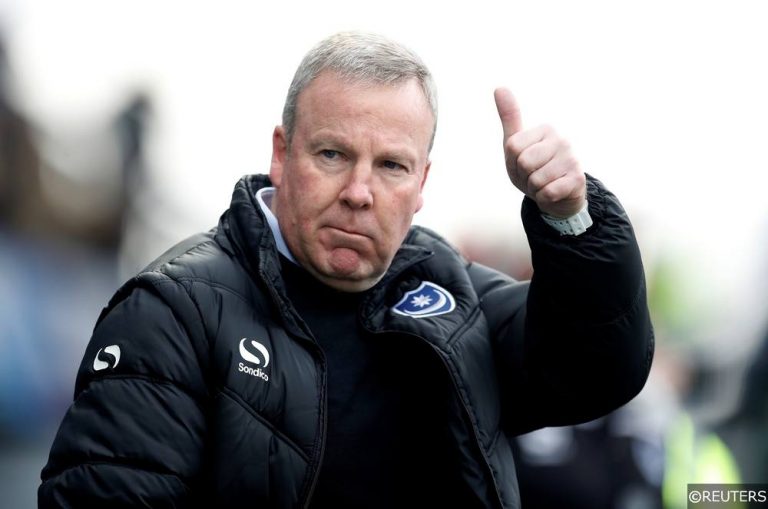 After almost three months, the wait is nearly over for League One fans, who’ve been waiting patiently for the return of weekly domestic action. After the drama and the excitement of the World Cup, EFL fans will be looking forward to getting back to the nine-month slog; the cold, the rain and the country-long away trips.

The World Cup was indeed a spectacle, while it did an excellent job of uniting fans up and down the country, as those in England witnessed during the months of June and July, or at least until football inevitably didn’t come home, while the elite European leagues are always good to watch. However, there’s nothing quite like the Football League.

The 2017/18 campaign saw all three of the teams who were relegated from the Championship the previous season bounce straight back. It took Wigan a little while to hit the front, though when they did there was no going back, while Blackburn were up in the automatic spots for most of the season before eventually going up in second. Rotherham’s return to England’s second tier wasn’t quite as straightforward, though their performances over the course of the campaign certainly warranted promotion.

Read More: Championship 2018/19: The Teams Vying for Promotion This Season 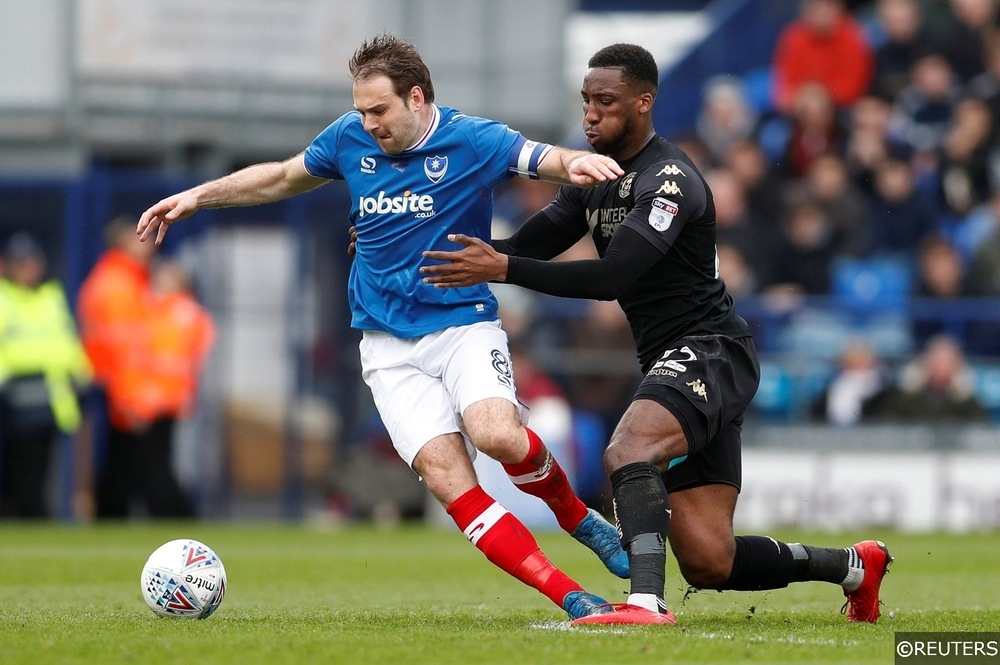 Having secured promotion from League Two at the end of the 16/17 campaign, Portsmouth enjoyed a solid first season back in League One. It took Pompey a while to get to grips with the way Kenny Jackett wanted them to play, though once they did, the team from the south coast steadily improved as the season progressed.

As far as the outright betting ahead of the new season is concerned, Portsmouth currently stand at a general price of 14/1, behind the likes of Charlton, Barnsley and Sunderland who look set to go into the new season as 3/1 favourites in the outright market. Luton and Peterborough make up the first six in the betting, and of those six it is Portsmouth who look the best bet at the prices. With a solid first season back in the third tier acting as a platform from which to build, Portsmouth look to have all the ingredients necessary for a real crack at the title.

Kenny Jackett has at his disposal one of the best keepers in League One in Luke McGee, who joined the club from Tottenham just over a year ago. The former Spurs player often shone in big games last season; a couple of fine saves when Portsmouth beat champions Wigan at Fratton Park spring to mind. In addition, Pompey have both a solid midfield and defence – only the top three conceded less goals at home than Portsmouth, while only the champions conceded less shots both home and away.

As well as being rather astute defensively, Portsmouth have firepower in attack too. The tricky Jamal Lowe provides a combination of pace, flair and creativity, while in Brett Pitman, who by scoring no less than 24 goals was one of just two players to score 20 or more in League One last season, they have an out-and-out goal-scorer.

In terms of transfers, Portsmouth haven’t been overly active during the off-season; they’ve brought in Lee Brown from Bristol Rovers, a player who will add experience in the left-back area when called upon, while Tom Naylor, who was a regular in the Championship last season, has also come in. Such signings aren’t going to turn many heads, and it’s certainly not the business that some clubs have done, though what Portsmouth have is stability. They’ve had a full season under a manager who is seemingly taking them forward, while the bulk of their squad has remained the same.

Read More: Championship 2018/19: The Teams Battling To Avoid The Drop

Finally, an eye-catching stat from last season: during the 2017/18 campaign, only the three promoted teams ended with a greater expected goal difference* than Portsmouth. With the league looking less competitive at the top this time around, a repeat of that showing would likely see Pompey get themselves right in the thick of the action come the business end.

To Finish in the Top Half: Rochdale 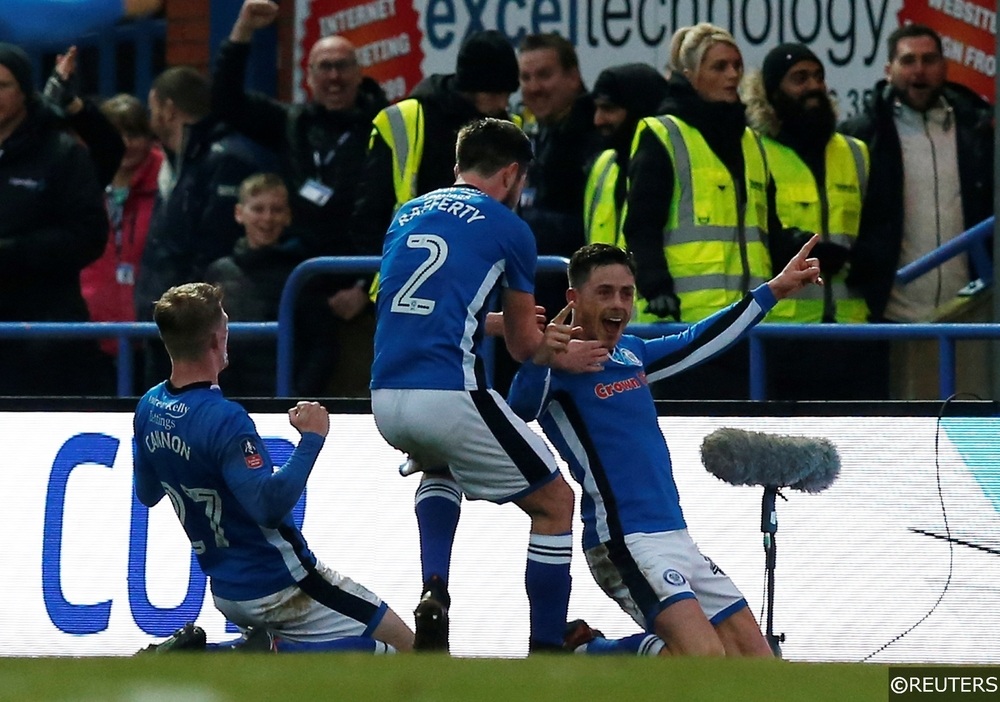 On the face of it, Rochdale endured an especially poor campaign last season, and in terms of their final position that is true. However, the league table doesn’t exactly tell the full story. It wasn’t their finest year, though to say that Keith Hill’s men encountered more than their fair share of bad luck would be an understatement. Defensively, barring some poor showings, they weren’t as bad as the teams down with them, while they offered far more offensively than you’d expect from a team who finished 20th. It was just one of those seasons; they drew when doing enough to win, while they often lost when their performance merited a share of the spoils.

Had the Dale had the rub of the green a bit more, then they almost certainly would’ve finished much higher up the table. After all, if the final table was drawn up according to expected goal difference, Rochdale would’ve finished in a respectable eighth, which is a far cry from their final position of 20th.

As far as transfers are concerned, Rochdale haven’t exactly been adventurous this summer, though they have brought in Brad Inman permanently, who enjoyed a strong end to the season when on loan at Spotland last season, while Jordan Williams, who was also on loan at Spotland previously, has joined on a free transfer from Liverpool. Young defender James Finnerty, who previously played for Aston Villa, is another addition. Perhaps the best bit of business done by Rochdale was to bring back defensive midfielder David Perkins. Perkins is no spring chicken at 33, though he’s very experienced and, even if he doesn’t start regularly, can help the younger midfielders and lead by example when called upon.

Their transfer activity isn’t particularly eye-catching, though it’s not what they’ve done in the market that makes them appeal as a top-half bet. There’s plenty of stability at Rochdale; manager Keith Hill, who has held that position since 2013, has a settled squad, one that has finished inside the top ten in three of the four seasons since earning promotion from League Two. What’s more, as alluded to above, their figures from last season far surpass what you’d expect from a team who finished just one spot above the relegation zone. Dale ranked 8th in terms of expected goal difference, while they ranked inside the top half according to a variety of other metrics, such as both shots and shots on target, as well as both shots conceded and shots on target conceded.

All in all, we’re talking about a Rochdale side who’re much better than the final league table from last season would have people believe. A complete reversal of fortunes, whereby Rochdale challenge for the top six might be a stretch too far, but Keith Hill’s men are worth backing to finish inside the top half for the fourth time in five seasons. 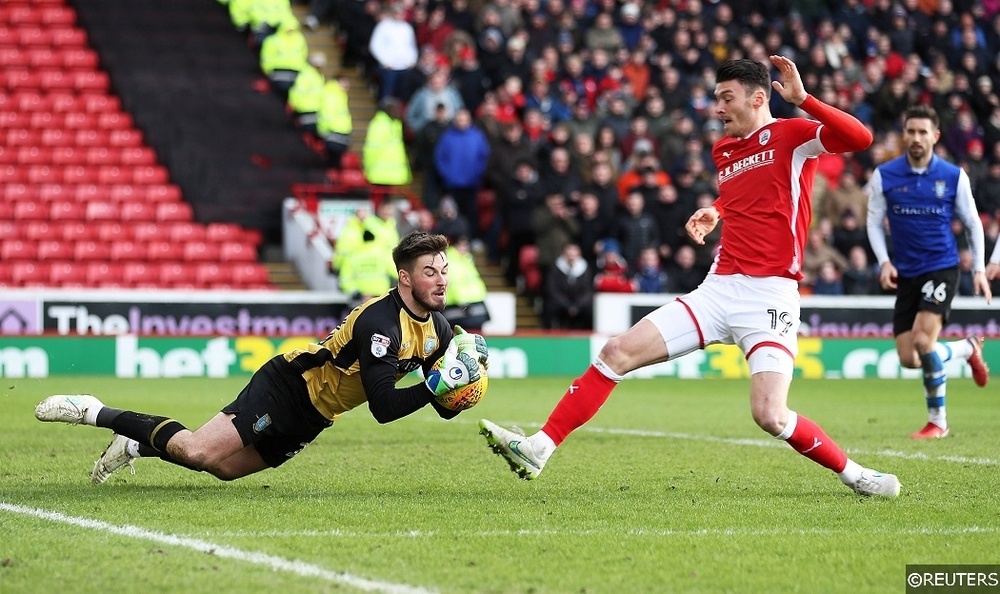 Last season, Jack Marriot scooped the League One golden ball by notching no less than 27 goals in his first ever season playing third-tier football, and had the prolific striker not just joined Championship side Derby, he would’ve been tough to oppose ahead of the upcoming campaign.

Of those who will be plying their trade in England’s third division, it is last season’s second highest scorer Brett Pitman who heads the market at 8/1. Pitman is very much a goal-scorer, while he’s not lacking in experience either. What’s more, he finds himself playing in a team that is expected to do well, though while the Northern Irishman is a solid option, it may just be worth looking for a slightly bigger-priced angle.

One player who does stand out at the prices, is Barnsley’s Kieffer Moore, who is currently priced at 16/1 to outscore his peers in League One. Whilst on loan with Rotherham in this division last season, Moore thrived, scoring 13 goals in just 22 appearances. During that spell, the physically imposing forward proved that he has all the attributes necessary to dominate defences at this level, so much so that it’s a bit of a surprise that Barnsley have managed to keep hold of him having dropped out of the Championship.

Not only did the forward, who stands at six foot and five inches tall, score plenty of goals, but he also ended the season as the second highest contributor in terms of expected goals, averaging an expected goals contribution of 0.87 per match. Barnsley have dropped out of the second tier, and you can never quite predict how relegated teams will do, though the consensus seems to be that they’ll be up there challenging towards the head of the table, so it would be no surprise to see Kieffer Moore pick up where he left off when last in this division.

For those searching for an even bigger price, Doncaster’s John Marquis, who can be backed at a general price of 25/1, is a reasonable shout. The striker, who scored 14 goals in the league last season, has a little bit of everything; he can pick the ball up deep before heading for goal, is adept at getting on the end of crosses, while he never gives opposition defences any peace. Doncaster may struggle to create as much as some of the other teams, but if they can provide their centre-forward with consistent service, then he’ll get the ball in the net.