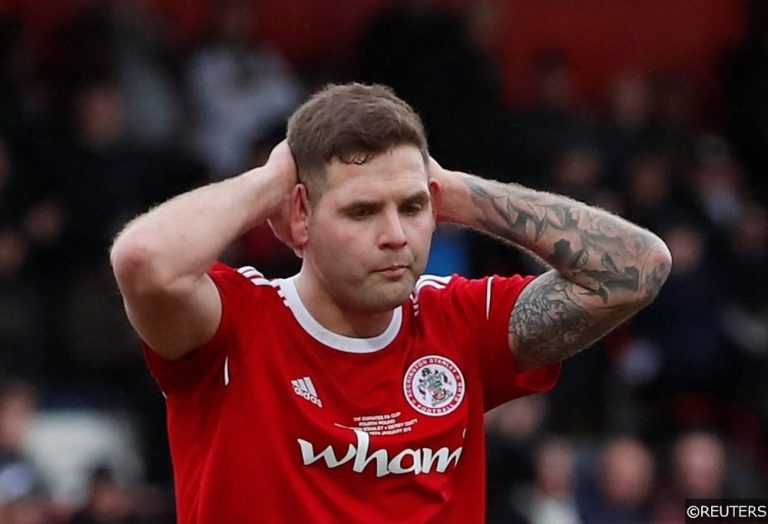 The penultimate weekend of the League One season has thrown up several intriguing fixtures, three of which stand out as viable options for an ‘Anytime Goalscorer’ bet.

Accrington haven’t enjoyed the best campaign, though it’s hard to criticise captain Billy Kee, whose performances have once again stood out. The veteran goal-getter has found the net 12 times this season, which isn’t the most amazing tally, though he ranks highly in terms of individual expected goals for. This tells us that he’s not averse to getting himself in goal-scoring positions. Up against one of the worse defences in the league on Saturday, Kee, who takes spot-kicks, is worth backing to add to his tally.

Rochdale have enjoyed contrasting seasons in League One over the last few years; at times, they’ve looked as though they could challenge for the top six and at other times, they’ve looked like relegation fodder, though one constant has been the performances of talisman Ian Henderson, who since joining the club back in 2013 has netted 96 goals, 19 of which have come in League One this season.

Not only is the 34-year-old League One’s third highest scorer this season, but he also ranks as the fourth best player in terms of individual expected goals for. Against a weak Southend side, who could easily leave themselves exposed on Saturday as a result of needing three points, Henderson is not a player to shy away from in the ‘Anytime Scorer’ market.

The third and final addition to the treble is AFC Wimbledon’s Joe Pigott, who has netted 13 goals in League One this season. The 25-year-old is slightly less high-profile (at this level) than Kee or Henderson, though he’s been a key part of the Dons’ resurrection over the last few months.

Our full preview for AFC Wimbledon vs Wycombe can be found here.

Since the start of March, Pigott has scored an impressive five goals, all of which have come in different games, so it’s fair to say that the forward has made a habit of scoring goals on a regular basis. A goal away against the current league leaders on Tuesday evening should mean that Pigott comes into this important match brimming with confidence. Having found the net in each of Wimbledon’s last two home games, Wally Downes’ chief goal-getter is backed to continue his pleasing run against a dodgy Wycombe rear-guard.