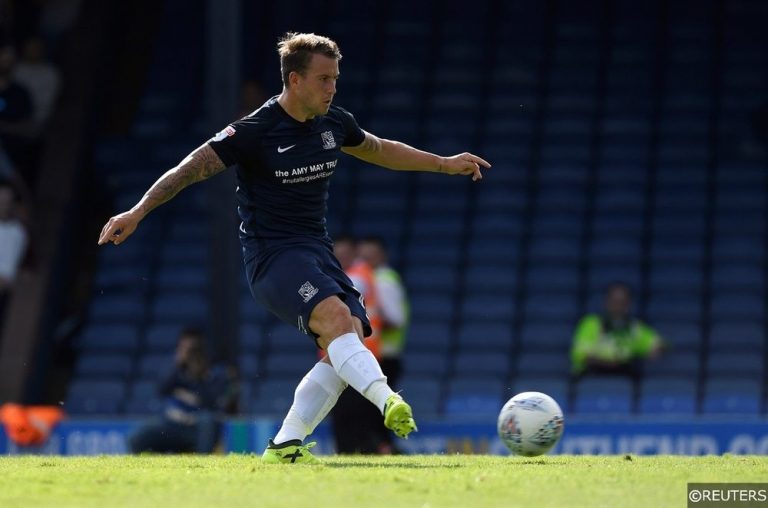 It’s been a good season for goal-scorers in League One; several of the more high-profile strikers – James Collins, John Marquis, Kieffer Moore and Tom Eaves have notched a whopping 69 goals between them – at this level have thrived right from the word go, so ‘Anytime Scorer’ punters should have had a fruitful season.

Ahead of another round of fixtures, we look at one forward who may just have been slightly overlooked in the betting. The goal-getter in question thus offers punters some value when backed to get on the score-sheet.

Scorer of a hat-trick when last in action at this venue, Simon Cox is a forward who is never too far away from the goals. As we approach the business end of the campaign, the 31-year-old, who did something that not many League One players have done by representing Republic of Ireland at EURO 2012, may not be rubbing shoulders with the league’s highest scorers, though he’s not far behind having notched 13 times for the Shrimpers this season. The likes of James Collins and John Marquis appear more prolific, though it’s worst remembering that such players are doing the business for serious promotion contenders. In contrast, Cox is playing for a side that has barely been out of the bottom half this term.

When Southend faced Portsmouth in front of the Sky Sports cameras at this venue a few weeks ago, Cox showed that he’s got the quality to hurt even the best teams at this level. His movement off the ball and ability to shoot first-time make the Southend talisman a nightmare for both defenders and keepers to handle. Even against a very strong Barnsley side, Cox will offer a significant threat.

When we look at the ‘Anytime Goalscorer’ market ahead of this match, it’s very easy to feel that Cox has been slightly overlooked. Barnsley are the better side, so the likes of Cauley Woodrow (5/4) and Kieffer Moore (11/10) were always going to be shorter than the former Republic of Ireland international, though given both the fact that Cox has so far outperformed Woodrow in terms of both individual goals and individual expected goals and is only marginally behind Moore in both tables, it’s very easy to feel that the disparity in prices is unwarranted. Few players at this level have Cox’s combination of experience and ability in and around the opposition penalty area, so punters could do a lot worse than backing Southend’s chief threat to notch at an appealing 5/2.