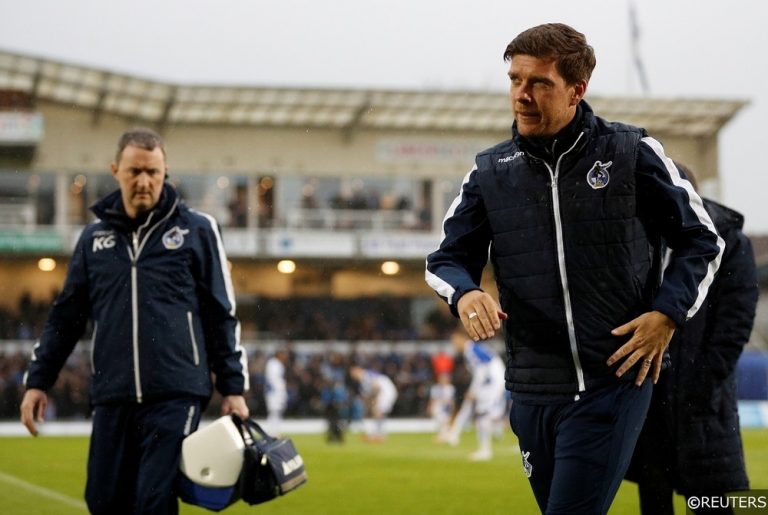 Although the opening day of the new League One season didn’t disappoint in terms of both entertainment and drama, several teams were left disappointed after negative results didn’t necessarily match their positive performances. Ahead of the second round of fixtures, we look at those teams who can alter their fortunes after a poor result on the opening day.

On the face of it, Bristol Rovers, who were 2-0 down until they scored a late consolation goal, were well beaten away at ABAX Stadium on match-day result, though the 2-1 score-line, which favoured the hosts, was perhaps the most misleading of the entire match-day.

Peterborough took the lead inside the first minute, as Matt Godden found himself unmarked inside the box, and it would’ve been fair to assume that the hosts would go on and dominate from there on out, though that wasn’t the case.

After a sleeping start, Rovers quickly perked up. Darrell Clarke’s visitors dominated the game in terms of attacking intent, outshooting Peterborough by three to one, while they had both more shots on target and more shots in the box. End-product was at times lacking, though it’s fair to say that the Pirates were unlucky not to get more from the game, as their hosts rarely threatened.

Read More: Football is Back: The Opening Weekend of League Two

They may have lost first time out, but punters shouldn’t be put off by that result. If Clarke’s side perform in the same way on Saturday, then it would be a big surprise if they didn’t come out on top.

After crashing out of the Championship last season, Burton would’ve been hoping to make a winning start to life in the third tier, though their opening match did nothing but frustrate Nigel Clough’s men.

Against a Rochdale side who were clinical, Burton could certainly count themselves unlucky not to get at least a point from their first game of the new campaign. But for the two early goals, both of which were very well taken, from the visitors, Burton rarely came under pressure, while the same cannot be said for their visitors, who spent most of the match clinging on.

With no less than seventeen shots, several of which forced top-drawer stops from Rochdale keeper Josh Lillis, compared to Rochdale’s seven, Clough’s men were undoubtedly the more proactive team, while they were creative too. It’s not as though they were simply firing shots in from anywhere, as the Brewers got themselves into several good positions, positions where they really should’ve capitalised from.

On Saturday, Burton will face a Gillingham side who’re anything but solid at the back, so a similar attacking effort ought to see Nigel Clough’s side make amends.

Alongside both Burton and Bristol Rovers, Luton can count themselves the unluckiest losers last weekend. Facing Portsmouth away was never going to be an easy task, though the newly promoted Hatters were no back number as they dominated proceedings both in terms of attacking endeavour and chances created.

Even on the road, Luton led the way in terms of intent, while they had most of the possession too. What’s more, their opponents rarely threatened before or after taking the lead through Jamal Lowe in 16th minute.

Before going behind, the creative Hatters had a golden opportunity when Harry Cornick headed wide, while in their attempts to level the match, Luton did enough to score several goals. They were twice thwarted by the woodwork, while Pompey keeper Craig MacGillivray played a blinder.

Facing Sunderland won’t be easy, though on their own patch, Nathan Jones’ side will surely fancy their chances. If they repeat the attacking levels reached at Fratton Park, then it would be no surprise if Luton upset the title favourites on Saturday.

Just because the above trio all played well in defeat last week, it doesn’t necessarily mean that they’ll go on to win this time around, though if they all repeat the levels achieved on match-day one in terms of overall performance, then it would be surprising if any of them came off second best. For those who fancy each of the hard-done by teams to atone by coming out on top, a juicy 13/1 treble could be in order.