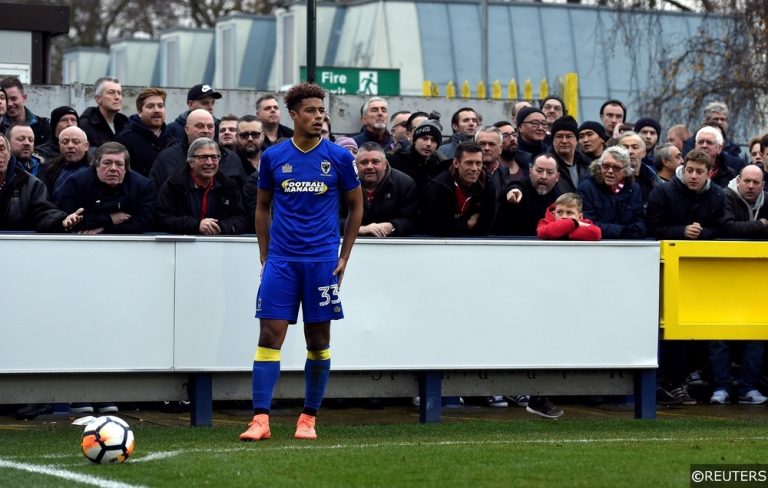 With the summer transfer window now a thing of the past, we look at a few players who could have a positive effect for the new clubs during the 2018/19 campaign.

There was plenty of business done during the off-season, and it’s fair to say that most clubs have made what appear to be savvy signings, though we’ve highlights four attack-minded players below who ought to shine in the third tear over the coming months.

An attacking midfielder by trade, Jack Payne, who has joined Bradford on loan for the season, should be exactly what the Bantams were looking for. Adept at picking up the ball in between the opponents’ midfield and defence, the diminutive playmaker adds a creative spark that was often missing for Bradford last time out. With players such as Sean Scannell and Eoin Doyle alongside him, the 2018/19 campaign could be the one where Payne showcases his talent before going on to bigger and better things. Having scored against Shrewsbury on the opening day, the 23-year-old is one to watch out for.

A League One new boy, Irish winger Ronan Curtis has made a fast start to life in the third tier. Prior to his arrival on the south coast, there can’t have been many Portsmouth fans who knew too much about the 22-year-old who’d never previously played outside of Ireland, though after the start that he’s made, there won’t be many who’re disappointed with the arrival of a player who looks as though he could quickly make a name for himself at this level. After scoring two and claiming an assist in his first two appearances for Pompey, the forward thinking player has already endeared himself to the Fratton Park faithful. If such form continues, then the Irishman’s stay in England’s third tier could be relatively short lived.

Plucked from Scotland’s top tier, Mark O’Hara is a youngster who could be the answer to Peterborough’s problems. The Posh have been on the cusp of getting into the play-offs in each of their last two seasons, though they may just have found the missing ingredient in an all-action midfielder, who’ll add both energy and quality in the final third. With a real physical presence, O’Hara often made light work of dominating games for Dundee last season, while he developed a knack of running beyond the forward-line and getting himself on the score-sheet, a trend that the 22-year-old has carried over to League One. After scoring three goals in his first two league matches for an attacking Peterborough, the Scottish midfielder is backed to enjoy a very fruitful campaign.

Unlike the three players above, Lyle Taylor is a seasoned League One player, a player who has been about for some time, though this could be the season where he finally shows everyone what he’s about. A natural goal-scorer, the forward combines great awareness with intelligent movement off the ball, qualities that can help him to thrive at his new home of The Valley. For a Wimbledon side that didn’t exactly excel in the final third, the 28-year-old managed a very respectable five assists and 14 goals last season. Charlton shouldn’t have too many problems getting on the front foot once they get up and running, so it would be no surprise whatsoever if Taylor improved on his 2017/18 tally.