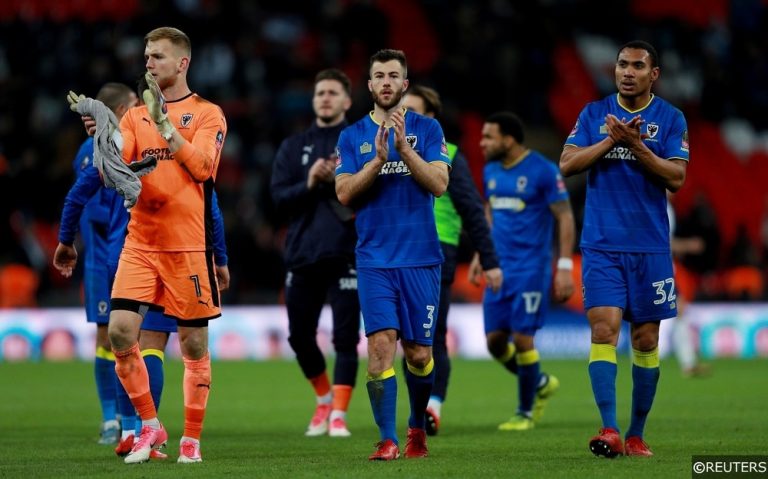 After eight matches, the League One table is really starting to take shape, though it remains something of a misleading table. There are teams who, give or take a few places, deserve to be where they are, Portsmouth spring to mind at the right end, while Plymouth stand out at the other end, though there are several teams who, based on their overall performances, ought to be much higher up the ladder.

As things stand, the Seasiders find themselves in a respectable 9th position, so they’re by no means in trouble, though Terry McPhillips men can count themselves slightly unlucky not to be in a much more flattering position.

Since losing to Portsmouth on match-day two, Blackpool have been solid as a rock. Offensively, they’ve done well, while they’ve done a very respectable job at the back too. At no point during the last six matches, have the Tangerines been outscored, while according to expected goals, they’ve only been bettered in one of their eight League One matches this season.

If Blackpool can continue to perform as they have done over the first eight match-days, then a league position that is more in-keeping with that of their expected goal difference position of 4th is where the Seasiders are likely to end up.

Prior to their convincing 2-0 win over Southend last weekend, we spoke about how Shrewsbury had been unlucky, and with that pleasing win behind them, John Askey’s men should start to climb the table.

If we look at the Shrews based on a variety of metrics, it really is hard to see why they’re where they are. Realistically, a combination of tough fixtures and bad luck prevented Shrewsbury from winning until match-day eight, but now that they’ve got that monkey off their back, the Shrews can show people what they’re made of. After all, they rank as high as 5th in terms of expected goals for and 5th in terms of expected goals against, while the expected goal difference table has them sitting in a very lofty 3rd position.

Like Blackpool and Shrewsbury, Wimbledon are another team who are unlucky not to be much higher up the table. With their hard-to-beat and well organised style, the Dons have been performing well this season, though they too haven’t quite had the rub of the green.

In terms of nullifying their opponents, Neal Ardley’s men have been up there with the best defences in League One this season. In reality, they’ve conceded a rather average eleven goals, but the fact that they’ve conceded just 8.5 expected goals, which is the second lowest total in the division, suggests that they’ve been a little short changed in that respect.

Wimbledon’s defensive prowess is also illustrated by the fact that only three teams have conceded less shots on target in League One this season, while the fact that they currently sit second in the expected goal difference table tells us that they’re doing one of the better jobs when it comes to offering more offensively than they give away defensively.

Now, given that Barnsley are in 3rd position, it may seem odd that they’re included in this list. They’re clearly a good side and thus they’re in a solid play-off position. However, realistically, Barnsley are one of League One’s biggest underachievers at present.

If we consider the performances of all the teams in League One, overall, Barnsley are by far and away the best in the division, which means that anything other than 1st position won’t do as far as the Tykes are concerned.

Quite frankly, if Barnsley continue to post underlying figures such as the ones that they’ve delivered over the first eight match-days, then it would be an almighty surprise if they don’t win League One by a reasonably comfortable margin.

There is of course plenty of time for Barnsley’s output to slow down, while other teams have lots of time to improve, though if we look at the current outright market, which still has Sunderland as favourites, Barnsley are the only team to make any sort of appeal at the prices. The Tykes have looked far stronger than any of the other contenders, so anyone who fancies a bet on Stendel’s men to go up as champions certainly shouldn’t be discouraged at this stage.