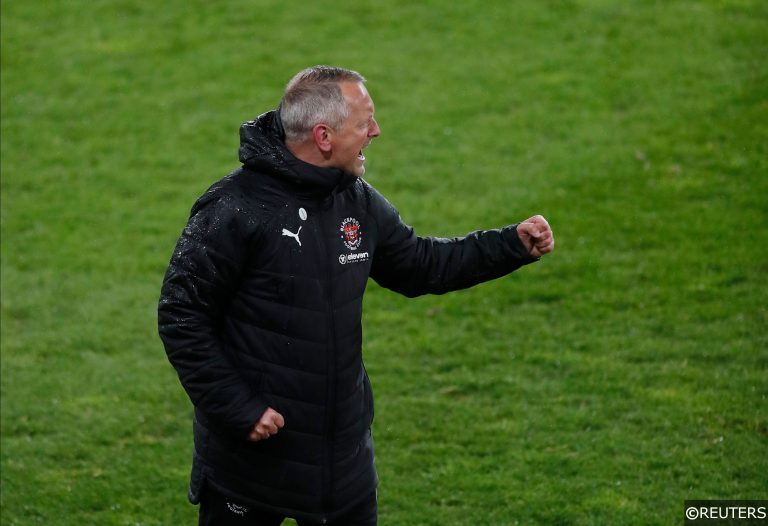 After a captivating campaign, the Sky Bet League One Play-Offs are on the horizon where four promotion-hungry clubs will battle it out for a place in next season’s Championship.

Blackpool, Sunderland, Lincoln City and Oxford all have designs on making the leap to England’s second-tier, though Lee Johnson’s Black Cats currently top the bookmakers’ list of favourites to achieve glory at Wembley Stadium.

The Sky Bet League One Play-Offs will kick-off on Monday, May 17 and will run until the final on Saturday, May 30. All five fixtures will be screened live on Sky Sports Football.

Both Blackpool and Oxford finished the regular campaign strongly, though the teams contrasting styles of play makes their play-off semi-final an intriguing prospect.

The Tangerines have leaned on a water-tight defence for results under Neil Critchley and they conceded a measly two goals in their final eight League One matches.

Oxford’s games made for more exciting viewing however, and they notched a whopping 25 goals in their last eight assignments in the division.

The U’s failed to make the most of their extra goal-getting power against Blackpool during the regular season however, and having frustrated Oxford as recently as March third, Neil Critchley’s rock-solid side could prevail again over two-legs.

Verdict: Blackpool to qualify for the final at 7/10

Both Lincoln City and Sunderland limped over the line in the regular season, with the Imps recording just four wins from their final 14 matches of the campaign and Sunderland winning only one of their last nine tests.

For Lee Johnson’s Black Cats, the enormous pressure to perform at one of the country’s sleeping giants is certain to have played a part in the bleak run-in, though confirming their place in the play-offs late on might have eased the strain a little.

In terms of individual quality, Sunderland have more class in their ranks than Lincoln, and that extra sprinkling of stardust could get them over the line in the semi-finals.

Verdict: Sunderland to qualify for the final at 8/15

Two of those shutouts were secured home and away against Sunderland in April, and those victories were recent enough to suggest that the Tangerines could get the better of the Black Cats should the teams meet in the final at Wembley.

The pressure on Sunderland to win the showpiece fixture would be disarmingly heavy, and Blackpool could take full advantage.

Verdict: Blackpool to win the Sky Bet League One Play-Offs at 5/2