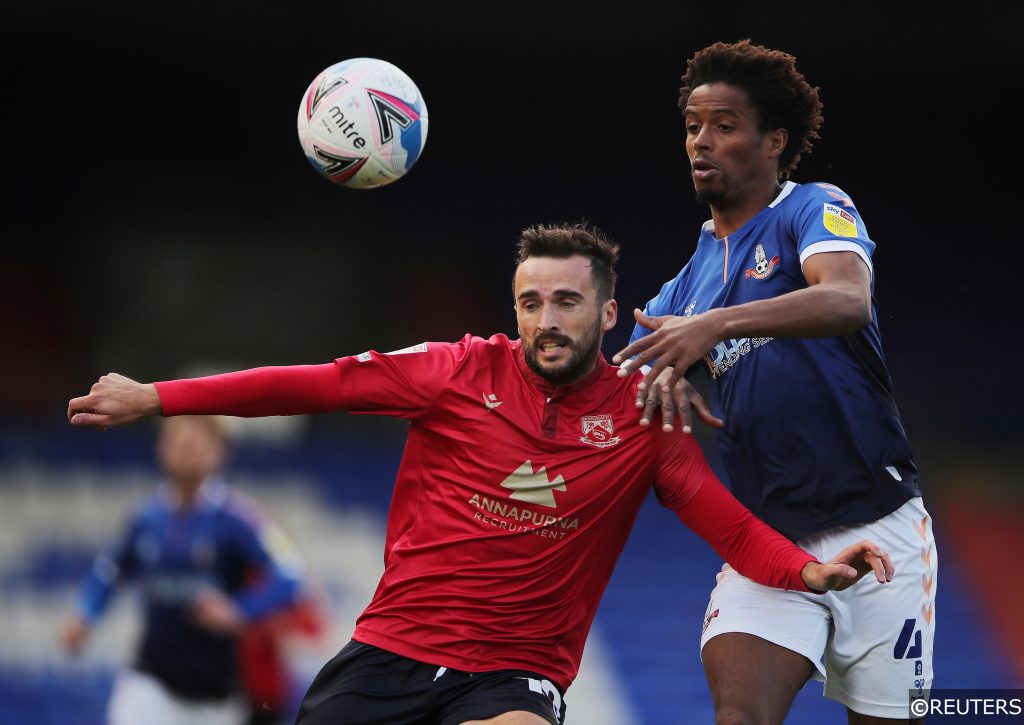 Saturday’s football schedule might look a little lighter without the thrills and spills of the Premier League, however, there’s still plenty to look forward to in the always exciting EFL.

There are 10 fixtures from League Two to enjoy this weekend, while our League One match predictions page gives you the lowdown on the best of the action from England’s third tier.

League Two grabs a bigger share of the spotlight than usual with no Premier League or Championship action hogging all the attention, and we’ve combed through the early season form and stats to pick out our favourite bets from across Saturday’s fixtures.

You can see each of our League Two match predictions below, complete with statistics and analysis of all our featured games, and all six of our predictions can be combined combined make up a juicy looking 160/1 accumulator with bet365.

Cambridge have conceded eight goals in 11 League Two matches this season and look a solid bet to defeat Barrow without conceding a goal. Inexperienced Cambridge manager Mark Bonner has built a well-organised side and they can contain the Bluebirds, who have lost four in five on their league travels. Barrow failed to notch in their last two, and the Bluebirds could find themselves in a flap again in the final third on Saturday.

Carlisle are one of three EFL teams with a 100 per cent home record and they can maintain it by defeating promotion rivals Cheltenham at Brunton Park. The Cumbrians have lost one in eight league games and their intensity may trouble Cheltenham, who are looking vulnerable following defeats in successive away matches.

Colchester have taken 13 points from five home games this season but may have to settle for a draw at home to Leyton Orient, who are a point below them in the League Two table. Orient had gone four league games unbeaten before a narrow 2-1 loss at Forest Green and will be eager to get back on track.

Crawley were involved in an extraordinary FA Cup first round tie at Torquay on Sunday – winning 6-5 after extra-time – and their trip to Harrogate could feature plenty of goals. Harrogate will be eager to snap a sequence of four games without a league win but may struggle to keep Crawley at bay.

Betting tip: Both Teams to Score

Oldham took a while to get going this season but can chalk up a fourth successive victory when hosting struggling Scunthorpe at Boundary Park. Harry Kewell’s side won 2-1 at home to Cheltenham in their last league game and look superior to Scunny who have suffered eight successive defeats.

Walsall’s promotion push has been hampered by too many draws (seven in 11 league games) but they should soon gain the ascendancy against rock bottom Southend, who look totally out of their depth. The Saddlers have posted three home wins this term and should brush aside the winless Shrimpers.

You can back all six of our favourite League Two bets for the weekend in one accumulator below, with the sixfold being priced up at 160/1 with bet365. With a quieter Saturday afternoon than usual, we think this League Two accumulator tip is a good option if you’re looking for something to follow in the 3pm kick-offs.