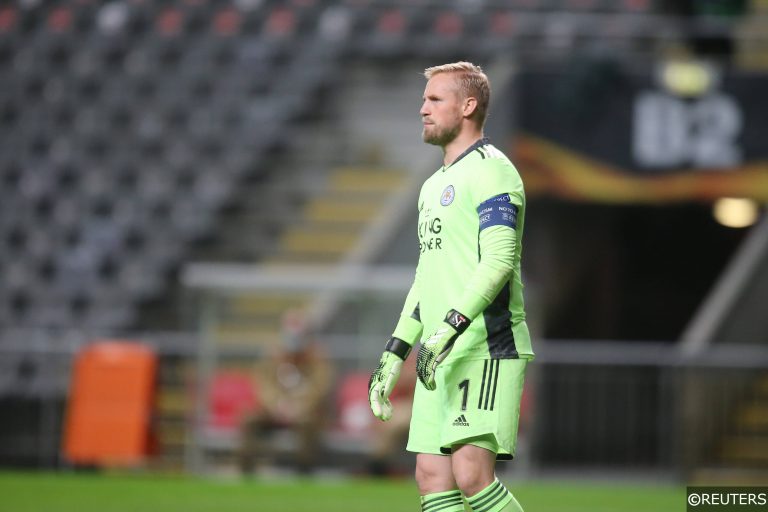 4,000 fans will return to Wembley Stadium on Sunday to watch Leicester and Southampton battle it out for a spot in the FA Cup semi-final.

The Foxes and the Saints have just one FA Cup trophy between them (Southampton in 1976) and the last time either of them were involved in a final was Southampton’s 2003 defeat to Arsenal. Leicester’s last appearance in the final was in 1969 when they were beaten by none other than 2021 favourites Manchester City.

In anticipation of Sunday’s semi-final, we’ve dived into all the markets and put together a tasty 29/1 bet builder tip for Leicester vs Southampton.

Remember to check out the rest of our football tips for Sunday as well.

Leicester may be in a bit of a slump right now but there’s no denying they’re a far better side than Southampton and they have a good record against the Saints to boost their confidence.

Southampton have won only two of their last eight meetings with the Foxes and they head to Wembley having failed to win 11 of their last 15 competitive games. Brendan Rodgers’ side should have more than enough about them to book their place in the final.

Jamie Vardy is on a goal drought of epic proportions by his usually high standards. Leicester’s talisman has failed to score in each of his last ten games, but fortunately his striking partner has been there to pick up the slack.

We’re expecting Leicester to get the win on Sunday, but they’re unlikely to have it all their own way at Wembley.

The Foxes have conceded five goals in their last two games and Southampton boast some decent attacking statistics under Ralph Hasenhutl. They have averaged 4.3 shots on target per game this season, so Kasper Schmeichel is likely to have some work to do on Sunday.

Bet builder tip: Southampton to have 4+ shots on target

Wilfred Ndidi’s boundless energy and tendency to always be in the right place to thwart an attack has earned him plenty of plaudits since his arrival at the King Power Stadium, but Leicester’s ball winning midfielder is no stranger to the referee’s bad books.

In fact, Ndidi has been booked 26 times since the start of the 2017/18 season and has picked up three bookings in his last four appearances for club and country.