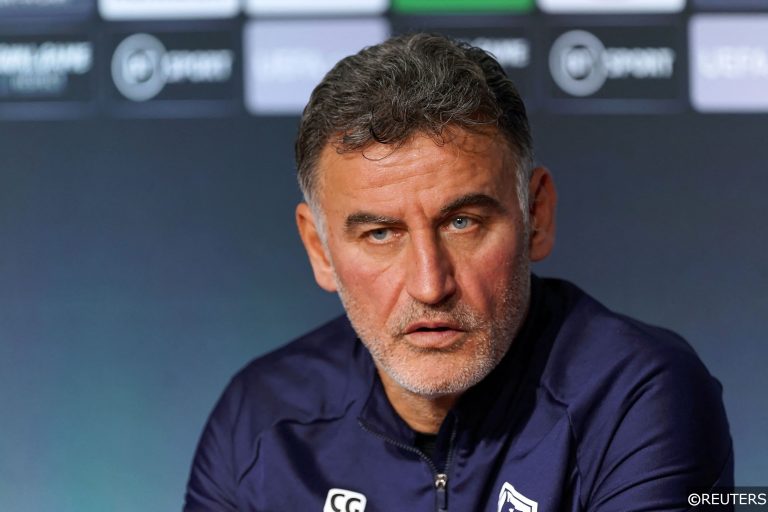 There are seven Ligue 1 fixtures on Sunday in a busy day of action in France’s top flight and we’ve got predictions for each game.

A few home teams have caught our eye this week, so we’ve put together a 9/1 home team treble ahead of the action.

Montpellier managed to throw a 2-0 lead away against Marseille in their opener, and then conceded a late equaliser in a 3-3 draw with Reims last time out.

Lorient drew with Saint Etienne in their curtain raiser and then managed a 1-0 win over Monaco in their last fixture.  There was more than a hint of smash and grab about that victory though, Les Merlus managed just two shots but somehow held out despite having just 28% of the possession as Monaco managed just three attempts on target from 12 in total.  The fact Montpellier have scored five goals in their two games so far suggests they can overpower the visitors in this match-up, as Lorient have managed just five shots on target in their two games so far.

Rennes are unbeaten in their last seven home games in all competitions (W5, D2) and that run includes a draw with Paris Saint-Germain at the end of last season.

Nantes have been strong on their travels and their 1-1 draw at Monaco in their season opener means they are unbeaten in their last five away games, since a 1-0 loss at Roazhon Park in the corresponding fixture last season. However, the four away wins they picked up  at the end of last season came against teams that finished in the bottom six of Ligue 1, as well as a victory at second tier Toulouse in the relegation play-off.

The win over Rosenborg may have been the result Rennes needed to kickstart their campaign and they can claim their first domestic win of the season against Nantes.

Marseille have four points to show from two games so far but they may be heading for a first defeat at Nice on Sunday.

Nice, under the guidance of new boss Christophe Galtier, also have four points from their two games so far and their success has been built on a solid defence.

Les Aiglons are yet to concede this season and that solid backline, coupled with home advantage, should be enough to see them over the line against L’OM.

Marseille have conceded two goals in each of their two games so far and managed to throw away a 2-0 lead in a draw with a poor Bordeaux outfit last time out.

Lyon have just one point to show from two Ligue 1 games this season and they could be in line for more disappointment against Clermont on Sunday.

Lyon were held by Brest at home in their opener and went down 3-0 at Angers in the last round of games.  Les Gones appear to be struggling after losing some big names over the summer, including key forward Memphis Depay, and are yet to find their rhythm under new boss Peter Bosz.

Clermont are the form team and they can get something at Lyon on Sunday so the visitors in the double chance market looks the way to go in this one.

Angers head to Bordeaux on Sunday seeking a third win in a row after victories over Strasbourg and Lyon.

Les Girondins lost to promoted Clermont in their opener but picked up a surprise point at Marseille last time out.  L’OM appeared to be cruising but two second half goals in the space of six minutes saw Bordeaux steal a point, but they may come unstuck against in-form Angers.  Bordeaux scored with their only two shots on target at the Velodrome and were outplayed for the majority of that game.

Angers are yet to concede this season, scoring five times themselves, and they can maintain their perfect start with a win at Bordeaux.

Metz managed a draw with champions Lille at home in their Ligue 1 opener but then slipped to a disappointing defeat at Nantes last time out.

Reims have drawn both of their games so far, and another stalemate could be on the cards on Sunday.

Metz are winless in their last nine Ligue 1 home games, while Reims have been fairly good on their travels and have just one defeat in their last seven away fixtures – and that loss came at Paris Saint-Germain.  They have drawn four of those fixtures so this looks a good candidate for a stalemate on Sunday.

This is a big call, but at a big price an away win appeals here. Troyes gave a good account of themselves in a 2-1 defeat to Paris Saint-Germain and then lost 2-0 at fellow promoted side Clermont, having been reduced to 10 men just after the half hour mark. Strasbourg started their season with a 2-0 defeat at home to Angers and they were then beaten 4-2 by PSG in Paris.

Strasbourg’s current home run suggests promoted Troyes can pick up their first points of the season here.  The defeat to Angers means Strasbourg have now lost five of their last six home games in Ligue 1, drawing the other.  Troyes had the best away record in the second tier last year and way they competed against PSG suggests they can handle the step up to the top flight, and they were well in the game at Clermont until Issa Kabore was shown his marching orders.