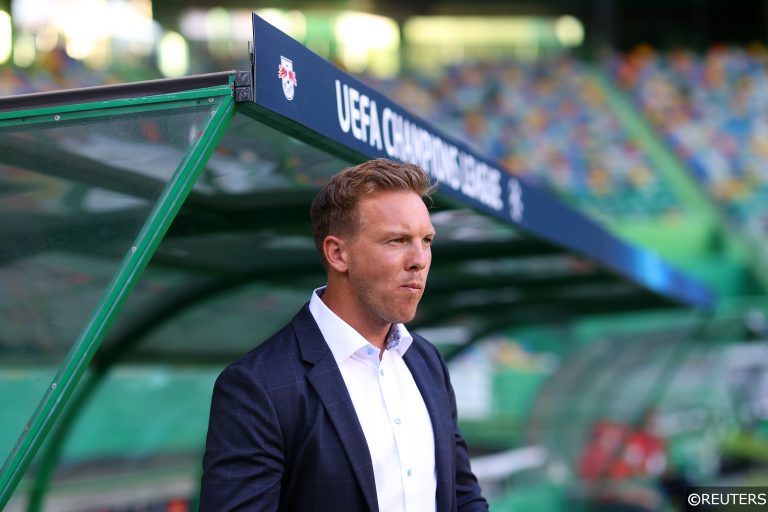 Betting odds tend to fluctuate more in the hours leading up to a fixture, with late team news, pitch conditions and weather conditions are all taken into account by savvy punters.

With a full schedule of Premier League, EFL and European domestic action on offer this weekend, we’ve combed through the fixture list, taking advantage of the wisdom of the crowd to identify some of the best backed teams this Saturday and building a 12/1 accumulator.

And remember, you can find the rest of our free predictions for today’s fixtures on our football tips page.

Christopher Lenz could return to the Union Berlin lineup after recovering from a knock, while both Florian Hubner and Christopher Trimmel are available after serving suspensions.

Hosts Mainz returned to losing ways last weekend at Stuttgart and, while they did serve up an unexpected 3-2 win against RB Leipzig in their last home match, the relegation threatened side have lost four of their last five at home and have won just once at the OPEL ARENA all season.

Schalke’s managerial merry-go-round is operating at full speed right now after the appointment of their fourth manager since September. Christian Gross – appointed just after Christmas – has won just one of his seven games in charge and four of the last five have ended in defeat.

The hosts did conduct some promising January business but, with Sead Kolasinac, Salif Sane, Omar Mascarell and Klaas Jan-Huntelaar doubtful and the likes of Ozan Kabak, Kilian Ludewig, Goncalo Pacienca and Steven Skrzybski all ruled out they are expected to struggle against a RB Leipzig side that have won three of their last four in all competitions.

Salford’s switch to a 3-4-2-1 worked wonders at Oldham last time out but they eventually came unstuck, losing a 1-0 lead in the final 15 minutes to lose 2-1. However, they are unbeaten in 12 home league games this season and can claim the three points here.

Bolton – sitting 19th in League Two – have won just one of their last seven games and head into this match without Antoni Sarcevic and Dennis Politic through injury and Reiss Greenidge through suspension.

St Mirren may have fallen to defeat against Hibs last time out but confidence will still be high after their stunning win at Celtic Park at the end of January, which came after a 5-1 demolition of Dundee United.

Kilmarnock are operating under a team of temporary managers and head into this game having lost their last four. They have conceded 11 goals in this period and scored just two, so expect St Mirren to bounce back here.

Bogey team fixtures to watch out for this Saturday