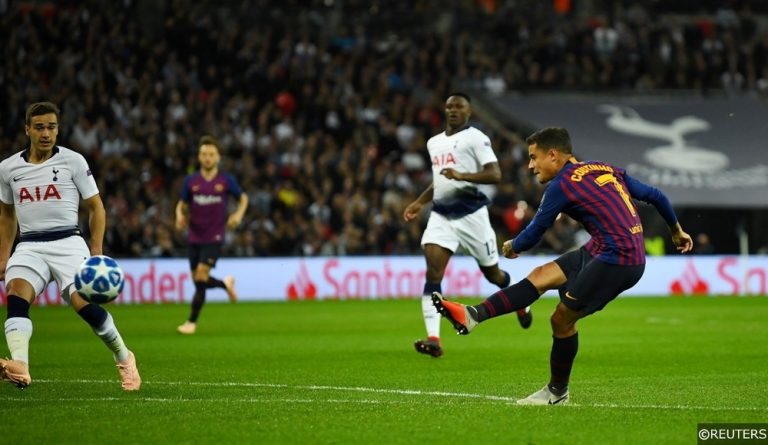 A year ago this week, Barcelona broke their transfer record to sign Philippe Coutinho from Liverpool for an initial £106 million. The deal remains the third most expensive of all-time with the Catalans boasting deep pockets at the time following the sale of Neymar the previous summer.

Coutinho was signed, it was assumed as the long-term replacement to Andres Iniesta and the deal was viewed as a coup for Barcelona and a bitter blow to Liverpool’s chances of competing with the Premier League elite. However 12 months on, with Iniesta having long since departed for Japan, the Brazilian is currently not even in Ernesto Valverde’s first choice eleven. Liverpool meanwhile have gone from strength to strength and Coutinho’s decision to swap Merseyside for Catalonia suddenly looks somewhat questionable.

When the deal was announced, Coutinho took to social media, declaring the move ‘A dream come true’. Having watched Luis Suarez make the same switch a few years earlier and go on to cement himself as a key figure in the Barcelona set-up, Coutinho would have backed himself to do likewise.

While he was initially ineligible to play in the Champions League, Coutinho impressed many with the ease that he slotted into life in Barcelona, appearing a natural fit for their style of play from day one. Once he recovered from an injury which prevented him from making his debut in early January, Coutinho went on to start 16 times for Barca in La Liga in the second half of the 2017/18 season, scoring 8 times.

In comparison to Ousmane Dembele, Barca’s other major signing using the Neymar cash windfall, Coutinho showed a great deal of early promise helping Barca clinch a domestic double. A goal and an assist in the Copa del Rey Final helped further suggest Coutinho would become a fixture in the side for many years to come. While slightly different in style, it was assumed he would simply take over the Iniesta role, as the most creative of Barca’s midfield players.

“Coutinho is not at last year’s level”

The Brazilian has disappointed at @FCBarcelona

And he is now behind Dembele in the pecking order

The opening six months of Philippe Coutinho’s Barcelona career couldn’t have gone much better so it’s certainly odd that we reach the one year anniversary of his move with the 26 year old struggling to hold down a regular place in the side.

A minor hamstring injury kept him out for a few weeks in November but Coutinho has only started half of Barca’s league games this term. He was a regular during the Champions League group stage but over the past month, Ernesto Valverde has made it pretty clear with his team selections that he no longer sees the Brazilian as part of his current first-choice eleven.

Coutinho has had to settle for the role of impact sub in each of Barcelona’s last four league games, which unfortunately for him have coincided with some of their best displays this season. He is likely to be back on the subs bench this weekend as Barca host Eibar in La Liga, having featured in the Copa del Rey defeat at Levante in midweek.

A Victim of his own Versatility

Survey: What is Coutinho’s best position?

To some extent Philippe Coutinho’s relegation to a back-up role has come about by virtue of his own versatility. Last season, with Barca mostly playing 4-4-2, he was used anywhere across the middle. With Iniesta no longer at the club, a new approach was always likely this term and Ernesto Valverde was quick to switch back to a 4-3-3, the formation which has largely been responsible for much of Barca’s recent success.

The assumption was that Coutinho would primarily be used as a central midfielder, offering a bit more fluidity and movement that would offer a nice contrast to the respective strengths of Sergio Busquets and Ivan Rakitic. However with Ousmane Dembele struggling for consistency on the left flank, Coutinho was frequently shifted out to a wide role during the early part of this season and the majority of his Barca appearances have come on the left.

That in turn created openings for the likes of Arthur and Arturo Vidal to feature in midfield. Arthur in particular has received rave reviews with plenty of early comparisons to Xavi. That has perhaps already prompted a rethink of just how Valverde wants his midfield to shape up moving forward.

To make matters worse for Coutinho, not only is he finding it hard to break into the midfield but he is now having to deal with a huge upturn in the form of Ousmane Dembele. The winger has started to really deliver the goods out wide with some vitals goals already this season. The Frenchman gives Barcelona something a bit different and now looks set for an extended run in the side, despite his off-field problems.

Already playing for his Future?

Barcelona are prepared to sell Philippe Coutinho in order to fund a move to bring Neymar back to the club, according to reports 😳 pic.twitter.com/JQN7r6sCRY

While he hasn’t done a great deal wrong and was arguably one of Barca’s best performers in the Champions League group stage, Philippe Coutinho finds himself in a bit of a difficult position right now. By virtue of his own versatility as much as anything and unlike other recent arrivals, he hasn’t been allowed the chance to really cement himself in one position in this Barca side.

Reports that he is already playing for his future may seem premature but Barca didn’t pay in excess of £100 million for a bench-warmer. If he is incapable of breaking back into the side over the remainder of the season then there may be real temptation on the part of the Barca board to cash in on the player this summer.

Increasingly there are murmurings that Neymar is now keen on a return to Camp Nou. A chance to reassemble the formidable ‘MSN’ front three would be one that Barca would surely grab at the first opportunity and it would make it almost impossible for Real Madrid to live with them for the next couple of years at least. However such a deal would clearly involve a lot of money and there is speculation that Barcelona may consider using Coutinho as a makeweight in a player-plus-cash deal while there is sure to be Premier League interest in the Brazilian.

For now at least, it’s little more than speculation with no deals of such magnitude likely this January. That will give Coutinho another five months to try and really establish himself in this Barcelona side but if he fails in that goal, he is sure to be one of the most talked about players during the summer transfer window and Coutinho’s dream could be cut short just 18 months into his Barca career.