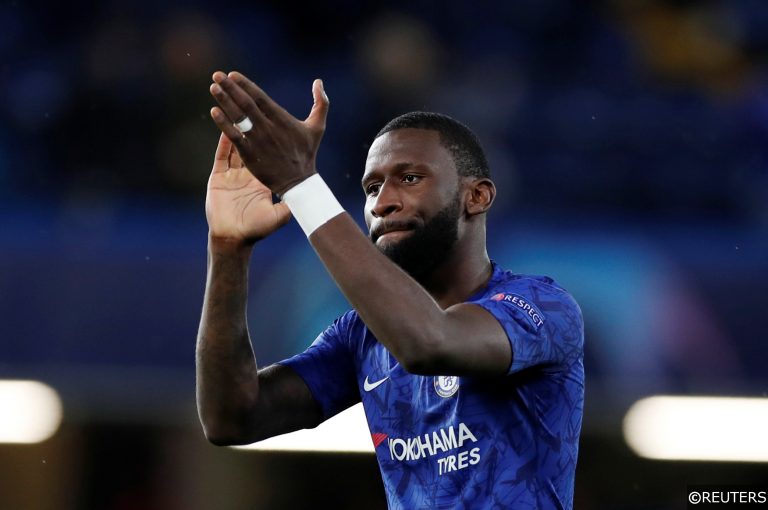 The day of destiny for Manchester City and Chelsea is fast approaching and in a little over 24 hours’ time, the Estádio do Dragão in Porto will host the Champions League’s third all-English final.

Pep Guardiola’s charges will achieve immorality if they become the first Man City team to be crowned European champions, though Thomas Tuchel’s Chelsea have dreams of their own to fulfil.

As always, bet365 are offering a superb selection of player special betting markets for tomorrow’s UEFA Champions League Final, and we’ve picked out a collection of those specials that caught our eye.

Remember – you can find a detailed analysis of Saturday’s showpiece showdown with more free betting tips for the game in our Manchester City vs Chelsea predictions.

Check out our selections below!

Mason Mount over 0.5 shots on target

Mason Mount has made the transition from promising youngster to one of Chelsea’s most influential figures this season and the midfielder’s goal-threat will be crucial to the Blues’ chances of success again on Saturday.

The 22-year-old has mustered at least on shot on target in each of his last five appearances for Chelsea and Mount’s accuracy off either foot makes him worth backing to test Ederson’s reflexes in Portugal this weekend.

Mason Mount also features in our 47/1 bet builder for Manchester City’s skirmish with Chelsea tomorrow. Make sure to check out the rest of our tips!

Antonio Rudiger has thrived in Thomas Tuchel’s three-man defensive unit since the German’s appointment in January and the reliable centre-half will be out to impress his compatriot again on Saturday.

The 28-year-old has made a minimum of two tackles in six of his last eight runouts for Chelsea and his front-foot defending and aggressive approach should ensure that he racks up the challenges against an attack-minded Man City outfit in Porto.

Kevin de Bruyne remains Manchester City’s creator supreme and the Belgian defence-splitter is inching his way towards 20 assists for the season in all competitions.

The ex-Chelsea man has pocked four assists in just seven Champions League starts this term and he will be doubly determined to put his wand of a right foot to good use against his former employers.

Few players can match de Bruyne’s ability to part defences with his precision passing, so expect the 29-year-old to create chances tomorrow.

FWA Footballer of the Year Ruben Dias has been a revelation for City this season and his impact has transformed the Citizens’ backline from ramshackle to rock solid.

The Portuguese defender’s excellent distribution skills are often overlooked however, and Dias ranks second at the club for average passes played per Champions League game this term with 81.6.

It’s interesting to note however, that Dias has played 90 or more passes in nine of his ten appearances in the competition and he should be able to play his way beyond our targeted figure with ease on Saturday.

Timo Werner hasn’t hit the heights expected of him since his move from RB Leipzig, though it hasn’t been for the want of trying.

In the Premier League, Werner ranks joint first at Stamford Bridge for average attempts per game alongside Mason Mount, while the German international places first on the continent in the same metric, hitting 2.0 shots at goal per 90 minutes on average.

Werner fired off at least two efforts in five of his last six matches of the season and he is worth backing to keep his final third numbers steady against City.

5 huge transfers that could happen this summer