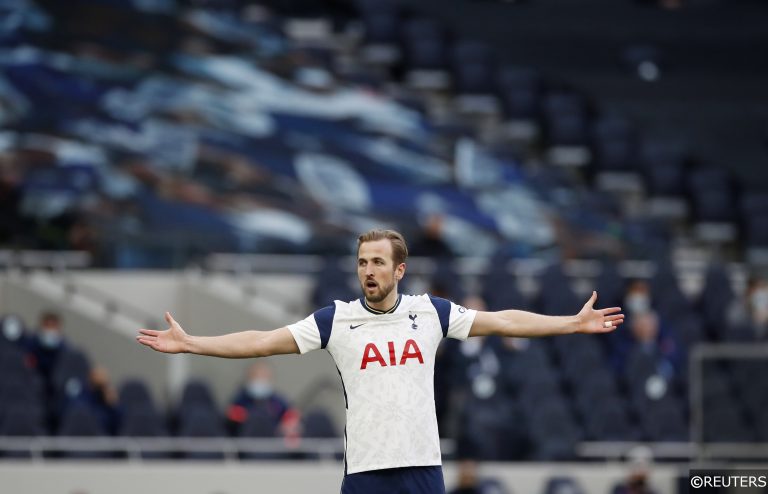 The summer transfer window doesn’t officially open until Jun 9 this year, however, clubs are certain to be laying the groundwork ahead of another intense scramble for reinforcements, replacements and additions.

The fallout from the global pandemic promises to have an impact on spending across the continent, though there should be more than enough major moves during the summer months to build anticipation ahead of the new campaign in August.

Some of the game’s biggest names are expected to swap clubs before the 2021/22 season kicks off and below we’ve taken a look at five of the biggest deals that could happen before the window slams shut on August 31.

Harry Kane put Europe’s biggest and richest clubs on high alert when he reaffirmed his desire to leave boyhood club Tottenham Hotspur this summer, though the prolific striker has work to do to force a move away from North London.

Kane has no shortage of admirers, however, the England man is locked into a long-term deal with Spurs and chairman Daniel Levy is widely accepted to be one of the most awkward executives to deal with in world football.

Manchester City are believed to be at the front of the queue for Kane’s signature – and the Citizens would certainly tick all the boxes for Kane, who wants to challenge for major honours.

City could be reluctant to spend close to £150m on a single player however and Kane might need to make life uncomfortable for Levy and Tottenham in a bid to drive his price down.

Declan Rice is expected to leave West Ham for pastures new this summer after the Irons’ narrowly missed out on a top-four spot in the Premier League with Chelsea and Manchester giants City and United ready to compete for his signature.

The talented holding midfielder has close ties to the Blues having spent his formative years at the club’s academy, though the late season form of one of his West Ham teammates could hand Man Utd an advantage over their transfer battle rivals.

Jesse Lingard had a hugely productive spell on loan with the Hammers during the second half of the campaign, prompting West Ham to test the water about a permanent switch south from Old Trafford.

With Lingard a valuable makeweight, Ole Gunnar Solskjaer could tempt the Irons into doing business with United instead of Chelsea or City.

Paris St. Germain understandably view the prospect of losing local lad and global superstar Kylian Mbappe as a potential disaster, though losing him for free would be an even more catastrophic event.

The 22-year-old has just one year left on his current PSG contract and with talks over a new deal at an impasse, the club could be forced to cash in on their prized asset this summer to rescue a fee from any move.

Real Madrid have long-admired Mbappe’s talents though Liverpool have also been earmarked as a possible destination for the French international.

Paris Saint-Germain president Nasser Al-Khelaifi remains confident that the club can tie Mbappe to a new long-term contract having just done the same with his strike partner Neymar, though the young Frenchman could be tempted to take on a new challenge in Spain or England.

United are expected to launch another bid to sign the exciting winger before the start of next season however, amid rumours that Sancho has a “gentleman’s agreement” with his current employers that would allow him to leave this time around.

Competition for Sancho could be stiffer in 2021 however with both Chelsea and Liverpool rumoured to be weighing up a move for the creative 21-year-old.

Sancho finished the campaign with an impressive 19 goal contributions in 24 Bundesliga starts for Dortmund.

Borussia Dortmund seem determined to resist any offers for their Norwegian goal-scoring prodigy Erling Haaland this summer, though the striker’s mischief-making agent Mino Raiola could have other ideas.

Superstar centre-forwards are in short supply across Europe and that makes old-fashioned number nine Haaland one of the game’s most valuable commodities.

A reported £68m release clause in Haaland’s contract with Dortmund comes into effect in 2022, though Raiola would be much keener to do business this summer in an effort to drive the poacher’s price and his cut from any potential deal up.

Haaland is rumoured to favour a move to Spain over England at this point in his career, though it remains to be seen whether La Liga big hitters Real Madrid and Barcelona are ready to bow to Raiola’s eye-watering demands.