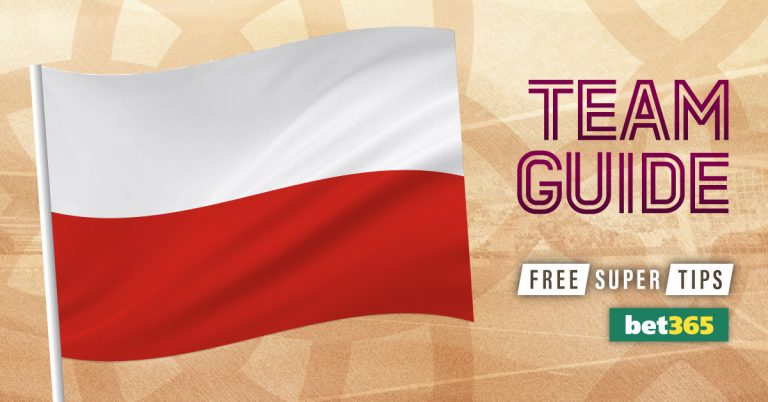 Robert Lewandowski will be hoping he can fire Poland into uncharted territory as he prepares for what is likely to be his last World Cup.

The Eagles arrive in Qatar on the back of a UEFA Nations League campaign where they maintained their place in the top tier, but picked up only two wins, both against Wales, while they have failed to get out of the group stages of the game’s biggest tournament since 1986.

Arguably perennial underachievers on the world stage, Poland have plenty of household names in their squad, with Juventus duo ​​Arkadiusz Milik and Wojciech Szczęsny joining Lewandowski on the plane to the Middle East.

However, this ageing squad face an uphill battle to reach the first knockout round as they look to end a run of just two victories in their last nine matches.

Poland: The story so far

Poland had an impressive UEFA World Cup qualification campaign, winning five of their final seven games to finish above an improving Hungary and pip Albania to second place in Group I.

They only lost two of their ten games, one of which was at Wembley against group winners England, who they also held to a 1-1 draw in Warsaw thanks to Damian Szymański’s late goal.

The Eagles eventually needed a play-off to reach Qatar, and despite the upheaval of losing manager Paolo Sousa in January, goals from Robert Lewandowski and Piotr Zieliński sealed a 2-0 victory over Sweden to complete their route to the World Cup.

Drawn in Group C, Poland don’t have the easiest of routes to the knock-out rounds, given they are paired with Argentina, Saudi Arabia and Mexico, the latter of whom they open up their campaign against on November 22nd.

A lot, of course, rests on the shoulders of record goalscorer Robert Lewandowski, but that first game is equally as crucial towards deciding their fate.

Worryingly, the Eagles have failed to win any of their last five head-to-head meetings with Mexico, suffering three defeats alongside two draws.

If they can end that barren run, they are surely certainties to reach the round of 16 at 10/11, but a defeat means their tournament could unravel quickly, and they are 4/5 to repeat their performance at last year’s European Championships by suffering a group stage elimination.

You have to have a long memory to recall Poland’s peak World Cup performances, with their most recent run to the semi-finals coming in Spain in 1982, where they lost 2-0 to eventual winners Italy.

Since then, the Eagles have seriously underperformed, failing to even qualify for five of the nine editions since reaching the round-of-16 at Mexico 1986.

Indeed, in their three appearances at the tournament since then, Japan and Korea in 2002, Germany in 2006 and Russia in 2018, they have been eliminated at the group stages.

What is interesting to note is that on the four occasions they have qualified for the first knock-out round, three have been at tournaments held in Europe, with 1986 the anomaly.

This will be a first major tournament for manager Czesław Michniewicz, who only took charge of Poland in January following Paolo Sousa’s decision to return to club football with Flamengo.

The 52-year-old didn’t have much of a playing career, but he has certainly had success in the dugout, winning the Polish top flight twice, as well as two cups, with Lech Posnan, Zagłebie Lubin and Legia Warsaw.

His success in club football led to the opportunity to manage Poland’s under-21 side in 2017, whom he guided to the European U21 Championships for the first time in a quarter of a century two years later.

Now he is hoping to achieve something special with the senior side too, with whom he ensured World Cup qualification thanks to a 2-0 play-off victory over Sweden in his first game in charge in March.

The squad has a smattering of players from Europe’s top leagues, and the strength in depth in midfield is impressive, where Leeds’ Mateusz Klich and Piotr Zieliński of Napoli add a sprinkling of star quality.

Questions remain over a backline that could be accused of being over the hill though, with Kamil Glik and Artur Jędrzejczyk, both 34, just two of several players throughout the side who are on the wrong side of 30.

Ex-Arsenal goalkeeper Wojciech Szczęsny has age on his side though and brings plenty of big-game experience with him, while Lewandowski, who has bagged 76 goals in 134 games for his country, remains one of the game’s elite strikers, but has never scored at a World Cup.

Poland to be eliminated at the group stage at 4/5

Despite the firepower that Lewandowski brings to the side, there is certainly a concern of the strength of this Poland side, particularly in a defence that is lacking in star quality.

The conditions in Qatar add an extra layer of worry too, with Argentina and Mexico surely more used to the heat.

There is a lot of pressure on the game against Saudi Arabia, who will also favour the weather, and any slip-up in that fixture will mean curtains for the Eagles.