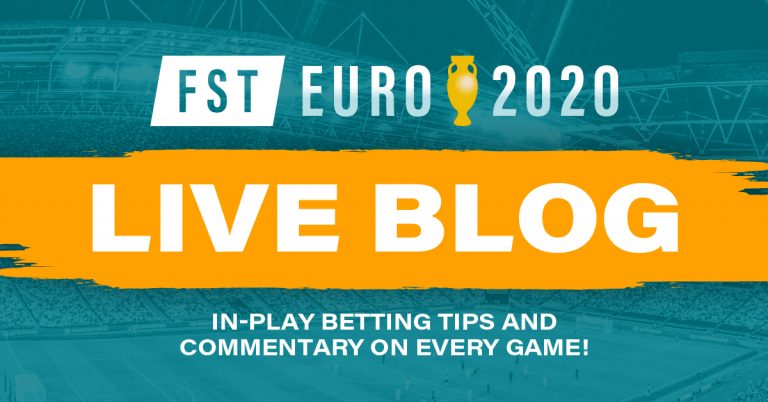 Join us for live tips, commentary and insights from Portugal vs Israel below. No need to refresh; the page will update automatically.

Portugal now switch their focus to the Euros ahead of their opener against Hungary and we’re doing the same. Our live coverage returns on Friday night for the Euro 2020 opener between Italy and Turkey.

For our predictions on that clash and the rest of our Euro 2020 match previews click here.

Those two strikes from Portugal towards the end of the game saw us land another two winners tonight:

Unfortunately, our 7/1 correct score prediction for Portugal to win 3-0 was taken out by that late Fernandes strike, but tonight’s accumulator tip continues with two more games in Brazil after over 2.5 goals landed in this clash.

With our in-plays returning with a win as well it’s been a good night overall.

It’s all over for Portugal, with Bruno Fernandes inspiring a thumping win over Israel days away from their Euro 2020 opener. The Manchester United midfielder scored twice and assisted another in the victory as Portugal made it five games unbeaten against Israel.

It turns out things could get better! Fernandes hits a brilliant strike from distance to really put some gloss on the victory.

There’s still a little bit to go, but this has been an almost perfect night for the Portuguese. A comfortable win, goals for three key players and plenty of chances created in a game is as good as it could get in a game like this.

They look good heading into the tournament, but more difficult tests lay ahead.

Cancelo wraps up the win by cutting inside onto his left foot and firing home from inside the box.

The game looked all but over but Israel have now sparked into life. They clearly don’t want to accept defeat here with just four minutes to go.

Nine of Israel’s last 10 away goals have come after half-time, but they are 14/1 to score the third goal.

Moments after that last update Israel carved out a chance for themselves. Eran Zahavi had a good opportunity but he hit it straight at Rui Silva. They picked up a first corner of the game with 10 minutes to go, but made nothing of it.

Portugal are looking a bit shapeless at the moment, with their midfield and attack lumped together. That’s not made much of an impact on the match with Israel looking like a beaten side.

Goncalo Guedes comes on for Cristiano Ronaldo and the Portugal forward will have to make do with a single goal for tonight.

The European champions are now priced at 1/500 to win this game and they’re making the most off their comfortable lead having made six second-half changes.

Will those changes kill off the game? Under 2.5 goals is priced up at 5/4 so more goals are expected.

Israel are showing no more in the second-half than they did in the first, as they still wait for their first shot on target of the game.

Portugal have eased-off slightly, but with William Carvalho putting in a classy display in midfield they’re keeping the ball well and looking solid defensively.

Both sides have made a pair of changes just after the hour mark, with Dias and Neves heading off for Portugal. Moutinho and Danilo take their place as Fernando Santos tries out some other options. Kinda and Natcho both depart for Israel having struggled to make an impression.

Portugal have kept up the pressure in the second-half, with Bruno Fernandes and Ronaldo both out for goals. The European champions look completely dominant with 61% possession in the 15 minutes since the break.

Orel Dgani goes into the referee’s book with the first yellow card of the night. Given it’s a friendly, we don’t expect to see many more.

Cristiano Ronaldo has been a threat throughout and the forward has continued a fine Serie A season as the league’s top scorer with a strike tonight. Israel look vulnerable and with Ronaldo chasing a scoring record we’re backing him to score again.

We’re back underway for the second-half in Lisbon, but Diogo Jota won’t be taking part. He’s been replaced by Eintracht Frankfurt striker Andre Silva at the break.

It’s been a good start to the game for Portugal and our pre-match tips, let’s take a quick look back over them:

With another 45 minutes to go we’re in a good position in each of the other three.

The Portuguese captain has just bizarrely popped up in an ice bath in a half-time advertisement on Sky Sports. Hopefully that’s not the last we see of him tonight.

Two strikes late in the first-half have given Portugal a comfortable lead at the break.

Meanwhile, we can toast a 4/6 in-play winner from that first-half and we’re just one goal away from landing today’s Bet of the Day tip.

A 104th international goal from Ronaldo with a powerful finish from inside the box.

He’s had plenty of opportunities tonight and the captain is finally on the scoresheet. Could be the first of many judging by how the game has gone so far.

That strike from Fernandes landed our First Half Goals tip!

A great run and cross from Joao Cancelo teed up Fernandes for this third international goal to break the deadlock three minutes before half-time.

Some great play from Bruno Fernandes offered Ronaldo a great chance, but once again Israel keeper Marciano kept his side in the game.

While it hasn’t been a thriller so far, the movement and link-up play between the Portuguese forwards is really encouraging for them.

Israel are enjoying their best spell of the game so far. They’ve just fired in a couple of crosses from the left, making their first real impression of the game. It’s been a quiet spell for Portugal, barring a trademark fall in the box from Ronaldo.

A first-half goal has been scored in six of Portugal’s last eight games. Portugal are making plenty of chances here and the Euro 2016 champions have scored 30 goals in their last 13 home games.

After a brief good spell in possession, Israel are back to holding Portugal at bay. The occasion seems to be overwhelming the visitors right now and they’ve seen very little of the ball.

Bruno Fernandes just forced Maricano into a save before Ruben Neves hit a long-range shot wide. Portugal are starting to make inroads and Israel are struggling to deal with it.

Diogo Jota managed to turn a header over the bar after a cross from the right. He looks eager to add to a run of six goals in six games for Portugal.

It’s all Portugal so far with Israel looking nervous against an impressive attacking lineup.

Seeing this approach from the European champions in their big Group F ties with Germany and France would be quite the sight.

2′ – Portugal quick off the mark

As we predicted, Ronaldo has worked the keeper within the first minute.

This seems like a good time to point you in the direction of Diogo Jota in terms of an anytime goalscorer. The forward has scored three goals before half-time in his last three Portugal appearances.

After singing their national anthem with the enthusiasm of a school assembly performance, Portugal get us underway here.

Portugal were surprise winners five years ago and few consider them among the frontrunners to lift the title at Wembley in July.

They’re an incredibly flexible side who can act as spoilers – as they did in their defensive 2016 win – while they are capable of putting on a show with all their attacking talent. Hopefully tonight is more of the latter.

As for their hopes this summer, we swerved them in our Euro 2020 outright predictions.

This is a Portugal side packed with talent, but two to keep an eye on are goalkeeper Rui Silva and left-back Nuno Mendes. The pair are firmly in playing-for-the-shirt territory tonight as they’re the two shock inclusions.

18-year-old defender Mendes is fresh from a title success with Sporting and he’s got years of international football ahead of him. Time isn’t quite on the side of Granada stopper Silva, but with Rui Patricio coming off a poor season with Wolves there could be an opening.

This isn’t the most difficult of friendly fixtures for Portugal, but they should be wary of the visitors going forward.

Israel have scored 15 goals across 11 internationals since the start of 2020 and striker Eran Zahavi has fired them to two high-scoring away wins in their last two games. Expect him to test the creaking legs of Pepe tonight.

With Portugal going into this clash strong, what can we expect from the European champions? If you fancy a spot of pre-match reading, take a look at our Portugal team guide & best bet to get the lowdown on Fernando Santos and his team.

For tonight, expect a vintage Ronaldo performance. By that, we mean shooting with any sight on goal. The forward is six goals shy of matching the record for an international player and he’d love to reach that milestone at the Euros. A couple more tonight would certainly help.

Portugal have gone for a very strong lineup similar to what we expect from them in their Group F opener. A front three of Cristiano Ronaldo, Diogo Jota and Bernardo Silva with Bruno Fernandes in support should give Israel plenty of problems.

For the visitors, they’ve matched Portugal’s 4-3-3 and they’ve picked a strong side who should give Portugal a test.

19:00 Hello all and welcome to our live coverage of Portugal’s final pre-tournament warm-up game against Israel

Portugal are expected to dominate tonight as they prepare to defend their European Championship crown. Our pre-match Portugal vs Israel predictions suggest a comfortable win is on the cards for Fernando Santos’s side, while our anytime goalscorer best bet tonight backs Diogo Jota to continue his fine form.