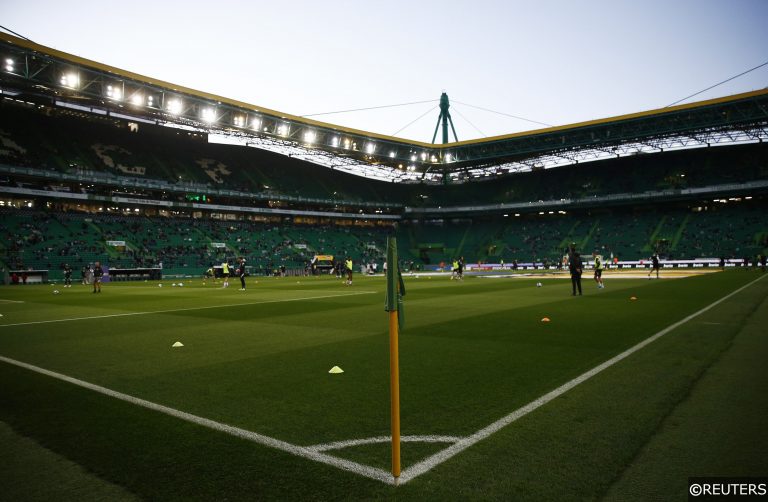 The Portuguese Primeira Liga returns to action next weekend and to no one’s surprise, it is the familiar trio of Benfica, Porto and Sporting Lisbon to make up the top-three in the outright winner market.

Some big names have left for foreign shores over the summer, namely Darwin Nunez as he completed a bumper £75m move from Benfica to Liverpool. However, new faces aplenty have made the switch to Portugal, with the likes of David Neres (Benfica), Ruben Vinagre (Sporting) and Gabriel Varon (Porto) looking to hit the ground running.

The battle between the ‘Big Three’ is always intense, they have made up the top-three sides in five of the last six seasons and each of them have been champions during that time! Because of this, the Primeira Liga title race is usually one of the most exciting in Europe and the fight for supremacy will likely go on late into the season.

Look no further than the usual suspects

We will only be covering the chances of the Big Three sides in this article, and while that may cause dismay amongst avid followers of the rest of the league, the fact that one of Benfica, Porto or Sporting won 86 of the last 88 Portuguese strongly implies that they are streets ahead of the other sides in this division.

Only five different sides have ever won Portugal’s premier league competition and the other two outside of the big-three were Belenenses (1945/46) and Boavista (2000/01), both of which have faded into obscurity in terms of their prospects as title challengers.

Porto won the league last season with Sporting just six points in arrears of them, while this season’s favourites for success, Benfica, lagging 17 points behind the eventual winners after all was said and done. However, with a considerable war chest from the sale of Nunez, Benfica seek an immediate revival.

As it stands, there isn’t much between the Big Three in the prices with the rest of the league detached. Porto are rated as the favourites, ahead of Sporting and Benfica.

Benfica are the least fancied of the three big guns, and the record 37-time Portuguese champions could find themselves playing catch-up following the loss of Darwin Nunez.  His importance to the team last season cannot be understated as he contributed a whopping 30 goals to the team during the 2021/22 league campaign (G26, A4), and while Benfica now have a ridiculously large war chest to spend – replacing such a player is no small feat.

Benfica have already started to work their way through those funds, most notably bringing in Brazilian star David Neres, but it remains to be seen whether he can have the same impact after recording only five goal contributions in last season’s Eredivisie (G3, A2).

It has been a year of change for Porto, who have seen their playing squad decimated since the start of the year with the likes of talisman Luis Diaz leaving in January, before the contributors of 25 goals between them, Vitinha and Fabio Viera also leave for a new challenge.

It remains to be seen whether Porto can replace those wonderful talents in time to challenge for a 31st Portuguese title, but the approximate £10m acquisition of Palmeiras winger Gabriel Veron at least inspires hope for the next generation of Porto talent.

Sporting, meanwhile, have kept the majority of their squad. They did lose the talented Pablo Sarabia but have shored up the defence with four new signings, most notably Ruben Vinagre from Wolves.

That’s not to mention the fact that former Benfica player Ruben Amorim will be in the dugout yet again and has overseen an impressive 2.32 points per game on average during his tenure (W77, D15, L14).

Sporting dropped a mere seven points since January, so with the core of their squad held together along with some smart signings, we’re backing the Lions to win the 2022/23 Primeira Liga.

The Primeira Liga top-scorer race is set to be an interesting one this term with last season’s top bagsman Darwin Nunez gone in the wind while it remains to be seen how potent Mehdi Taremi will be without the same supporting players as he had last season at Porto.

Taremi is as short as 3/1 to pick up the top scorer accolade, yet we feel that doesn’t represent value for a player who has now reached 30 years old and is playing in an arguably weaker side than he was last time around, possibly limiting his chances in search of the magical 20-goal mark that he reached in 2021/22.

Instead, we’re going for a bit of a left field selection in Sporting’s Paulinho at 10/1. The Brazilian forward has hit over ten league goals in three of his last six seasons and two of those were with Braga, a notably lesser side than he currently plies his trade with.

With the likes of Francisco Trincao supporting him from the wing, we can see Paulinho getting on the end of more chances than ever this season, perhaps even against both of the other ‘Big Three’ teams just as he did last term.