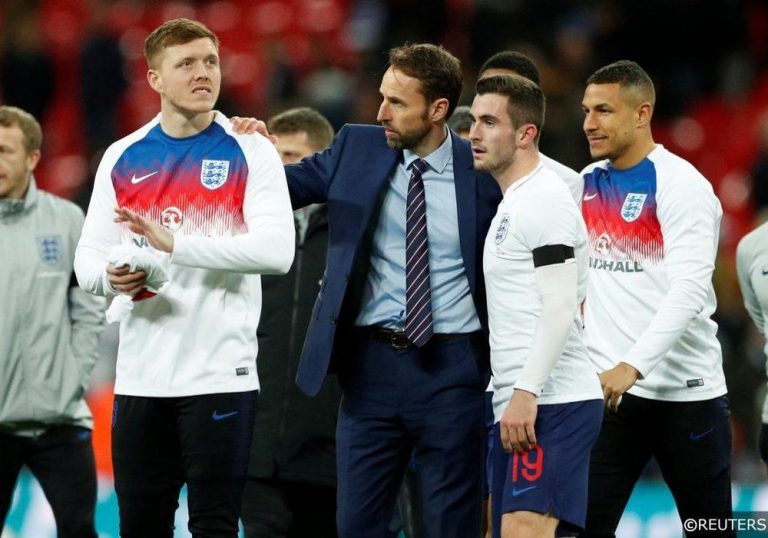 It’s 50 days until the World Cup kicks off – and we’ll have football betting tips for every game. As always, there is plenty of speculation on who will start in England’s first game against Tunisia. We run through our thoughts for an opening XI with some key match ups and questions: 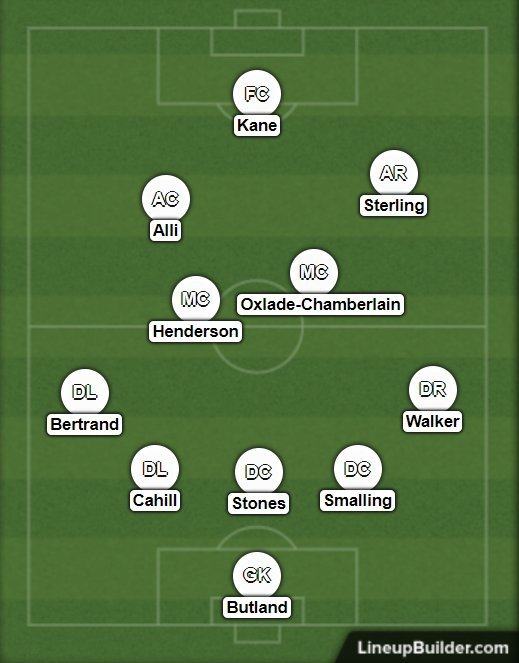 The Stoke keeper has suffered from an awful back four protecting him this season, and it’s far from his fault that Stoke are languishing in the relegation zone. He’s made the most saves in the league so far this season, and 19 more than Jordan Pickford, who for us should be considered his main rival in goal. The difference between the two is the level of experience, and we expect Southgate to go with the keeper who has more international caps.

The future is bright for England in terms of defenders, with Joe Gomez, Harry Maguire, Michael Keane and Alfie Mawson all in their early to mid 20s and promising to have excellent Premier League careers ahead of them. However, not one of these players has more than 5 caps, and we expect Southgate to go with experience.

This is one of the more competitive spots. Ashley Young, Ryan Bertrand and Danny Rose could all claim they should be starting, and it remains to be seen who Southgate will plump for.

Following his injury against Roma, time may be against Oxlade-Chamberlain making the World Cup. If he is available, it will surely be a huge bonus to England as he offers an attacking option which others are lacking from central midfield. If he isn’t available, Southgate will have a difficult decision on his hands. Dele Alli may be asked to drop back, or a gamble could be taken on Lallana despite his struggle for fitness this season.

Harry Kane is the obvious choice, and unsurprisingly the bookmakers’ favourite to be top England goalscorer at the World Cup. Jamie Vardy is a more than able deputy, and will be a useful option later in matches if England need to chase the win, or if for any reason Kane was unable to start. Sterling’s form in the Premier League for Man City surely makes him a shoe in to support from the wing, and he has shown he is more than capable of providing goals.

Do you agree or disagree with our analysis? Would you like to see youth given more of a chance, or is it sensible to stick with experience? Let us know on Twitter at @FootySuperTips

Keep an eye out for our expert World Cup betting tips and predictions which will be posted after the conclusion of the domestic season!