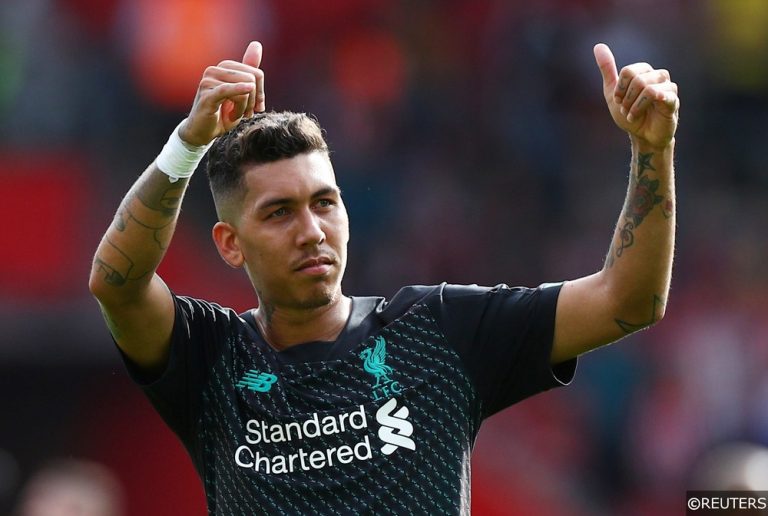 On Sunday, Liverpool and Manchester United will reignite the most explosive and acerbic rivalry in English football when they go head-to-head for three Premier League points at Anfield.

The clubs have long been each other’s footballing nemesis, and meetings between England’s two most successful sides are traditionally some of the most ferociously contested fixtures in the Premier League calendar.

In their latest skirmish, Liverpool will be determined to run roughshod over a youthful United outfit to maintain their relentless stampede towards Premier League glory, but while Jurgen Klopp’s charges are understandably favourites, a United side that have already developed a knack of turning up in matches of magnitude under Ole Gunnar Solskjaer shouldn’t be underestimated.

Games between Liverpool and Manchester United rarely fail to deliver drama by the ton, and that in turn makes any encounter between them a terrific fixture to work with when it comes to bet365’s always exciting player specials.

Ahead of the Anfield action, we’ve put together a selection of player specials that we think are well worth your time. Check them out below.

Brandon Williams to get booked – 11/8

With Luke Shaw still side-lined and veteran utility man Ashley Young on the verge of completing a move to Inter Milan, 19-year old Brandon Williams is certain to reprise his role at left-back for United at Anfield on Sunday.

The United academy product has impressed when handed opportunities by Ole Gunnar Solskjaer this term, though the defender’s aggressive-streak has landed him in trouble with referees more than once.

In total, Williams was booked four times in just five Premier League starts for United this season, and against Liverpool’s fleet-footed wide attackers, the youngster’s love of a strong tackle makes him a prime candidate to be carded again.

Williams also makes an appearance in our Premier League stat attack acca. Check out the rest of our selections along with our 13/1 four-fold!

Trent Alexander-Arnold’s laser guided delivery has been one of Liverpool’s most potent supply lines this season, but while the fullback remains one of the Reds’ most valuable outlets ahead of Sunday’s game, we think he is worth backing to play under 72.5 passes against United.

The 21-year old has averaged a healthy 67 passes per 90 minutes of Premier League action so far in 2019/20, though it’s worth noting that Alexander-Arnold played under 72.5 passes in 66.66% of his top-flight appearances overall since the summer.

Using those figures as a guide, Alexander-Arnold looks to be priced generously to fall short of bet365’s passing target this weekend.

Hard-working Brazilian Fred has transitioned from big money flop to key midfield component for Manchester United this season, and the diminutive anchorman will expect to be in the thick of the action at Anfield on Sunday.

Averaging 1.9 tackles and 1.3 interceptions per Premier League game so far this term, the 26-year old ranks highly for both defensive metrics at United, and Fred looks a solid bet to maintain his figures on Merseyside.

The combative former Shakhtar star made two tackles when United played Liverpool at Old Trafford earlier in the season, and with his ball retrieving workload likely to be even higher at Anfield, we’re backing him to tackle his way past bet365’s target with relative ease.

Brazilian schemer Roberto Firmino is the least prolific member of Liverpool’s famed attacking trio, though his lower goal output certainly isn’t for the want of trying.

The 28-year old has racked up 3.1 attempts per 90 minutes in the Premier League so far this season, a figure that puts him slightly behind Mohamed Salah (3.7) as the club’s most frequent shooter, and ahead of Sadio Mane (2.5) who follows in third.

When Firmino lined up against United at Old Trafford earlier in the current campaign, the Brazilian hit more attempts (four) than any other player on the pitch, and when the attacker last played against United at Anfield last season, he hit an eye-watering nine attempts – another game high figure.

Firmino seems to carry a huge attacking threat for Liverpool in games against United, and we think he is fully capable of firing his way past 2.5 attempts on goal against them again on Sunday.

Daniel James over 0.5 shots on target

Welsh winger Daniel James hasn’t scored a Premier League goal since his opener for United in their 1-1 draw at Southampton on August 31st.

However, the 22-year old’s searing pace generally results in him getting into fantastic goal-scoring positions on a regular basis.

James had two wonderful chances to score in one-on-one situations against Wolves in Wednesday’s cup replay, and the speedster also had opportunities of note where he tested the goalkeeper in a string of recent Premier League fixtures.

In total, only Marcus Rashford (34) and Anthony Martial (21) have hit more shots on target in the Premier League this season for Man Utd than James (14), despite the wide midfielder racking up considerably fewer attempts overall than both.

With those numbers considered, and at the prices quoted, we think James represents excellent value to test Alisson in Liverpool’s goal with at least once on target effort this weekend.

Remember – you can find detailed breakdowns of all the weekend’s club football fixtures with betting tips for each on our Premier League predictions page.