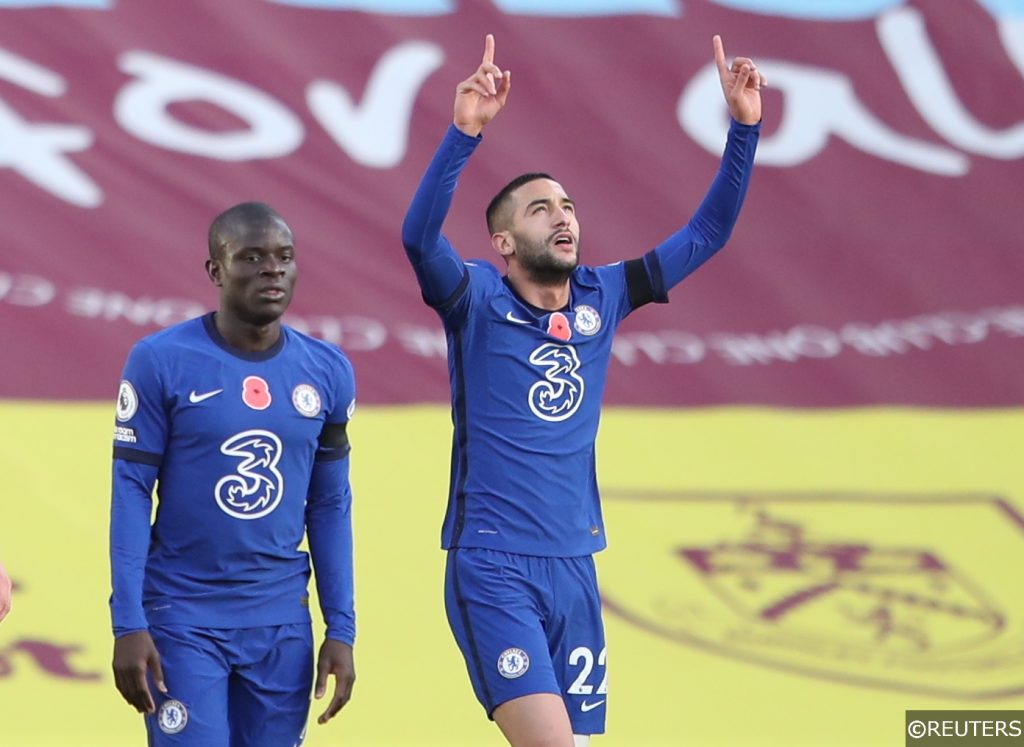 Things are starting to take shape in the Premier League as the division’s biggest names begin their charge towards the summit, leaving the campaign’s wild early weeks firmly behind.

Wolves, Man City, Chelsea, Liverpool, Arsenal and Tottenham all claimed maximum points over the weekend to maintain their positive, vertical trajectory, while six of the current bottom eight were beaten ahead of Monday evening’s fixture between the other two – Fulham and West Brom.

With the dust starting to settle, we’ve taken a look at some of the best betting tips for some of next weekend’s top tier fixtures with our unique Premier League early value acca.

Last week, our early value accumulator landed at huge 37/1 odds! You can read all about our latest big win here. Check out this week’s six-fold below!

Ralph Hasenhüttl’s super Saints have been in devastating form in recent weeks, winning four of their last five Premier League fixtures to launch themselves into early top four contention.

With Danny Ings and Che Adams combining to lethal effect up front and James Ward-Prowse’s set-pieces on point, Southampton scored at least two goals in 100% of their last four top-flight outings.

With their confident soaring, and slick passing football clicking, we think the Saints look great value to scored over 1.5 goals against a Newcastle outfit that like to sit deep.

Everton are reeling following back-to-back defeats against Southampton and Newcastle, though the Toffees will fancy their chances of re-straightening their path at home to a wildly inconsistent Man Utd on Saturday.

United have to negotiate a tough trip to Turkey in mid-week before taking on Everton at Goodison Park, and Solskjaer’s side must recover in time to contest Saturday’s early kick-off on Merseyside after some unfortunate televised schedule string pulling.

Sitting side by side in the Premier League table, Crystal Palace and Leeds look well-matched ahead of their skirmish at Selhurst Park, and though the teams could hardly employ more contrasting philosophies, we expect them to be hard to separate.

The Eagles have scored in all but two of their first seven Premier League matches this season, while Leeds failed to register just once in six top-flight attempts. We think there should be opportunities for both teams to make an impact on the scoresheet again when they lock horns on Saturday.

Betting Tip: Both Teams to Score @4/5

With four clean sheets on the bounce in all competitions and five shutouts in their last six games overall, Chelsea have been making impressive strides at the back, and the Blues should be able to extend their fine recent defensive record against the blunt looking Blades on Saturday.

Winless Sheffield United have scored just three times in seven Premier League assignments since the summer, and Chris Wilder’s men should find the going tough again when they take on a Chelsea team playing their way into form.

Last season’s top two and the Premier League’s two most recent title winners face off at the Etihad Stadium on Sunday in what already looks a fixture of some significance in Manchester.

With injuries to contend with at centre-half, Liverpool look incapable of keeping clean sheets at present, as evidenced by their return of just one shutout from seven Premier League attempts this season.

The Reds rarely fail to score themselves however, and with Man City looking far from certain in defensive areas too, Sunday’s showpiece fixture looks primed for goals and action at both ends.

Betting Tip: Both Teams to Score @1/2

Under Mikel Arteta’s well-organised and tactically rigid system, Arsenal have become a more-disciplined but visibly less exciting team to watch, and we expect their latest match against Aston Villa to follow the pattern of low-scoring games involving the Gunners.

Under 2.5 goals were scored in each of Arsenal’s last three Premier League outings, while Villa notched one or fewer goals in 12 of their last 14 away matches in the division since December last year.

Just a single effort hit the net when Villa last played Arsenal in July, and we anticipate another tense tactical tussle taking place at the Emirates Stadium on Sunday.

To get the most out of the early value this week our predictions can be combined to make a 34/1 accumulator with bet365. You can add all six to your betslip using the banner below.