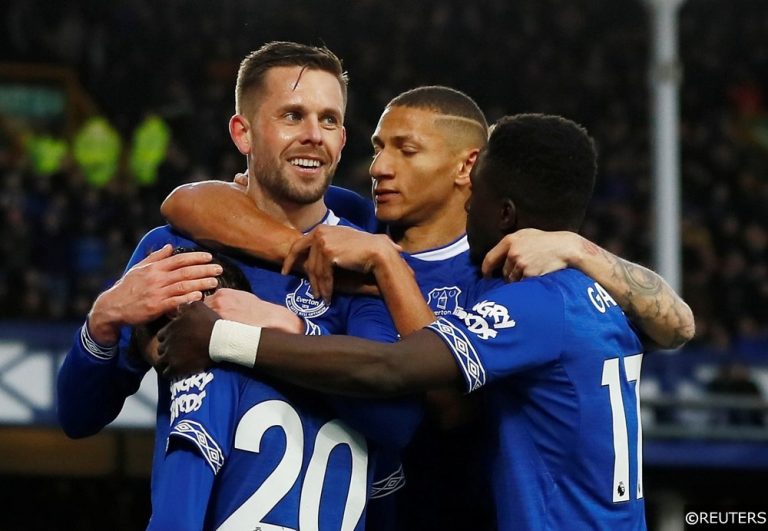 After a 2018/19 campaign littered with wildly inconsistent performances and results, Everton supporters will be hoping to see their club make steadier progress during the Toffees’ second year under Marco Silva.

It might seem like a lifetime ago now, but the Portuguese manager was actually among the front runners in the Premier League sack race at the turn of the year, with Everton languishing in 10th spot and just 1 more poor result away from dropping to 13th.

However, a strong finish to the season that included victories over Chelsea, Arsenal and Manchester United suggested that Silva’s tactical blueprint and philosophy were finally starting to take shape and bear fruit.

Everton’s late rally of 5 wins, 2 draws and 1 defeat from their final 8 league matches allowed them to snatch 8th place ahead of Leicester, West Ham and Watford, and Silva will be keen to use his team’s strong finish as a springboard for further improvement in 2019/20.

Click here to read more about Everton’s prospects for the season in our Premier League 2019/20 Outright Betting Tips: Mid-Table and Relegation Predictions. 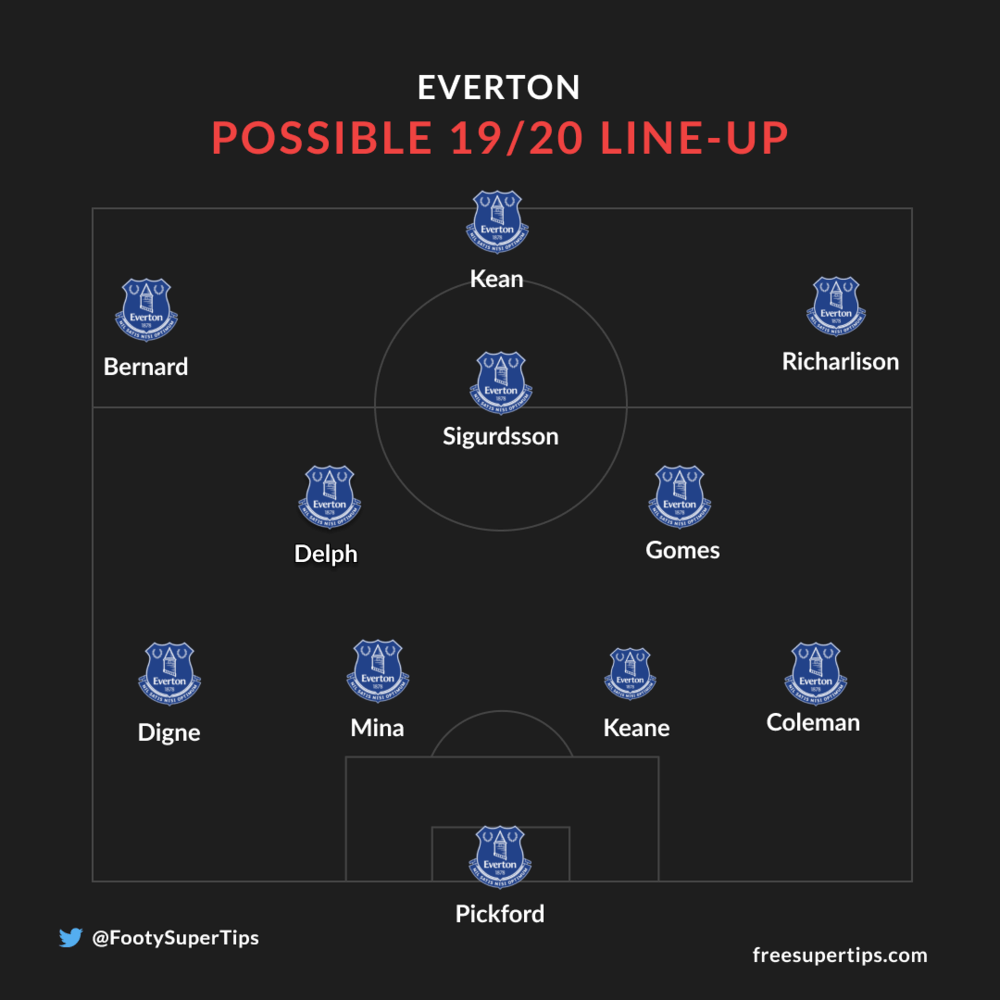 Having played a peripheral, Jack of all trades role during his time with Manchester City, Fabian Delph should relish the opportunity to establish himself as a key first team player for Everton this season.

The £10m the Toffees paid for the versatile midfielder could look like small change if Delph can rediscover the sort of form that encouraged City to sign him in 2015.

Delph pulled on the Everton shirt for the first time in the club’s 0-0 pre-season tussle with Wigan a week ago, and the energetic 29-year old impressive onlookers with his range of passing and appreciation of space, and the 20-times capped England international should prove an incredibly useful asset for Marco Silva this season.

Delph’s former employers Manchester City are aiming to complete a hattrick of title wins this season. Click here to read more about the Citizens in our Manchester City Premier League 2019/20 preview here.

Everton’s solid performances at the back were the one of the main highlights of their season in 2018/19, and as we touched on earlier, the Toffees finished the campaign with the joint best defensive record outside the top 6 alongside Wolves.

Holding midfielder Idrissa Gueye was a vital cog in Everton’s well-drilled defensive machine, and the 29-year old averaged an incredible 4.3 tackles and 2.2 interceptions per Premier League match last season – figures that made him the best performer in each metric at the club.

However, the Senegalese international sealed a £30m switch to Ligue 1 champions PSG this summer, leaving Marco Silva with a major headache and a huge void to fill ahead of the new campaign.

A deal to sign Mainz anchorman Jean-Philippe Gbamin looks close to being finalised, though the 23-year old’s statistics from his last year in the Bundesliga suggest that he will have to up his game to replace Gueye adequately.

Gbamin made just 1.6 tackles and completed only 1 interception per game for the German outfit in 2017/18.

Getting the best out of Richarlison

The undoubtedly talented but enigmatic Brazilian attacker Richarlison endured a campaign dusted with exhilarating highs and frustrating lows for the Toffees in 2018/19.

The former Watford star was shunted around from position to position along Everton’s frontline for much of the season with varying degrees of success, as Marco Silva attempted to find a role that brought out the best in the gifted youngster.

Richarlison will hope to nail down a position in his preferred central striking role in 2019/20, though the imminent arrival of Italian prodigy Moise Kean could well complicate things further.

With the start of the new Premier League season drawing closer, Everton’s defensive options look worryingly thin on the ground.

Already this summer, the Toffees have cut veteran centre-half Phil Jagielka loose, while youngsters Mason Holgate and Jonjoe Kenny will spend the next year out on loan with WBA and Schalke respectively.

Kurt Zouma, who formed such an excellent partnership at centre-back with Michael Keane last season, is back with parent club Chelsea, and Everton are running out of  time to re-sign the Frenchman on a permanent basis.

That leaves Everton with an extremely small pool of established, recognised defenders to call upon in Lucas Digne, Seamus Coleman, Yerry Mina, Leighton Baines and the aforementioned Keane.

With the injury-prone Colombian Mina’s reliability questionable, and ageing fullback pair Seamus Colmean and Leighton Baines on the wane, Everton look in desperate need of reinforcements at the back before the big kick off next week. 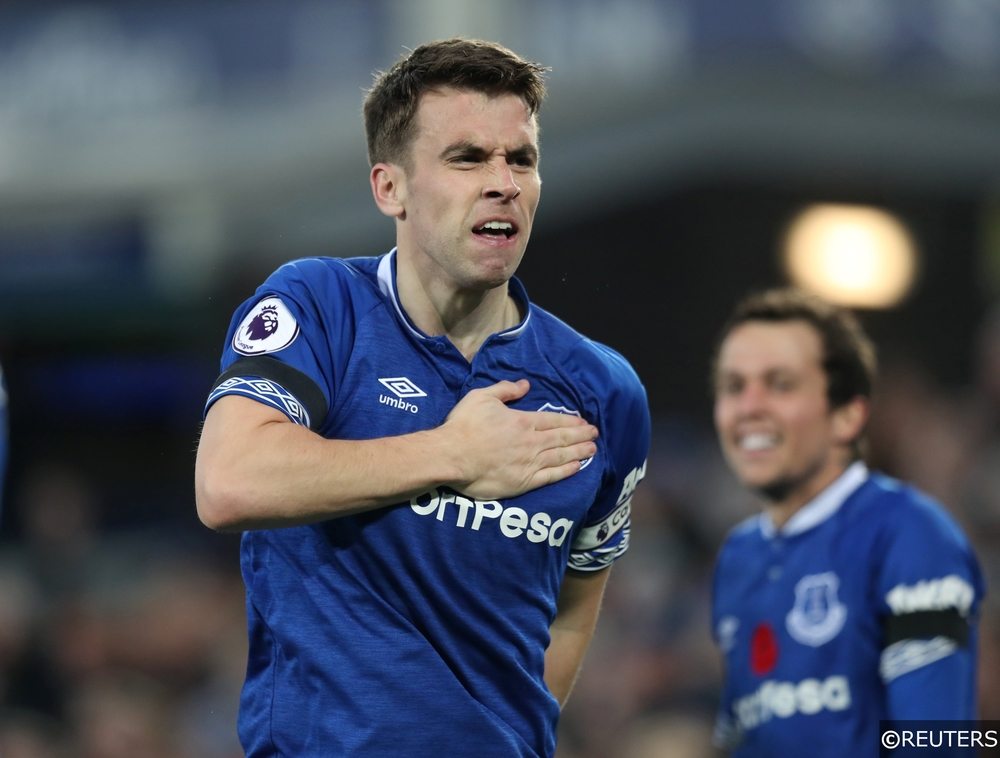 With Moise Kean set to battle it out with Richarlison to be Everton’s leading man in attack next season, the door could open for prolific Icelandic midfielder Gylfi Sigurdsson to fire himself to the top of Everton’s Premier League goalscoring charts.

The 29-year old finished as Everton’s joint top scorer alongside Richarlison in 2018/19, though we think Sigurdsson is priced brilliantly at 9/4 to go one better and claim that gong for himself this time around.

Sigurdsson’s chances are heightened by the fact that he is usually Everton’s designated penalty and free kick taker. The Toffees were awarded just 2 penalties over the course of the 2018/19 Premier League season – a figure that fell well below the division average of 4.2 per team.

A coupe of extra spot-kicks  this term alongside his usual goal-getting output could be enough to get Sigurdsson over the line next season.

The introduction of VAR in next season’s Premier League could also help Sigurdsson out considerably. A study by spread betting experts Spreadex showed that in leagues where VAR was implemented, penalties scored have increased by as much as a 12%.

Their research suggests that based on last year’s figures, we should expect over 100 penalties to be scored in the Premier League next season for the first time in the competition’s history!