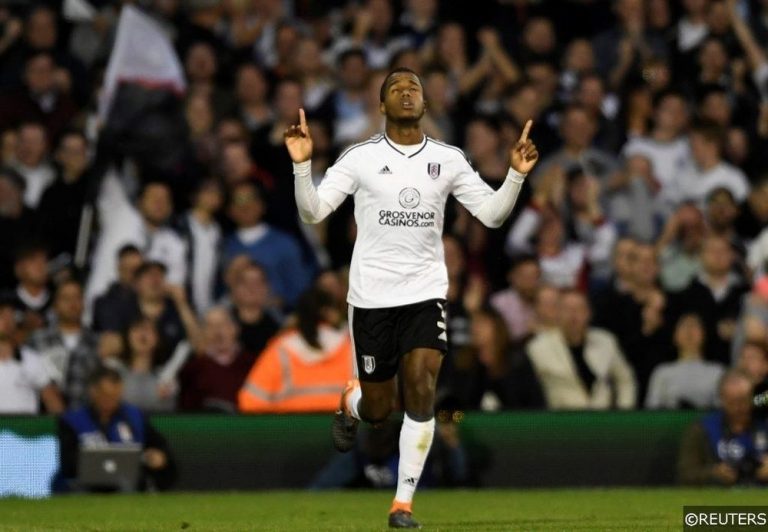 Fulham return to the Premier League this season after a four-year hiatus and while teams that secure promotion via the play-offs are generally among the favourites for the drop, there is a genuine belief at Craven Cottage that Fulham are here for the long haul.

Really, the Cottagers were unlucky not to secure their place in the Premiership through automatic promotion. Fulham went on a twenty-three match unbeaten run between December and May last season, though incredibly, avoiding defeat for approximately five months wasn’t enough to guarantee them a top-two finish.

Fulham’s remarkable finish to the 2017/18 campaign served to counteract the club’s disastrous start to the season, where they won just four of their opening seventeen Championship fixtures. The Cottagers sank to as low as 17th place before they took their first steps towards recovery.

By the time the curtain came down on the Championship season, Fulham had lost just twice at Craven Cottage in total and they finished with the division’s second best away record behind title winning Wolves.  The Cottagers also finished as the competitions’ second highest scorers.

In the Play-Off Final, Fulham showed a real mental toughness and collective will to win, eking out a 1-0 win against Aston Villa, despite playing the last twenty minutes with ten men.

Fulham had forged a reputation as one of the league’s slickest, most entertaining outfits under Serbian Coach Slaviša Jokanović, but the grit they showed in their win at Wembley proved there is another side to their character.

When Fulham announced the signing of Jean Michaël Seri from Nice completely out of nowhere, it raised more than a few eyebrows. Seri had been considered one of the most in-demand players on the continent before his switch to Craven Cottage. The diminutive midfielder had been linked with moves to Barcelona, Chelsea and Arsenal, so his decision to move to Fulham can be seen as quite a coup for the Premier League new boys.

Seri is famed for his clever close control and ability to open defences with his imaginative, accurate passing. Serri had a 90.4% successful pass completion rate in Ligue 1 last season. It will be interesting to see if Seri can live up to his sky-high reputation in the Premier League.

Signing Aleksandar Mitrović could be key

Having struggled to adapt to life in England, Aleksandar Mitrović looked to have found something of a spiritual home at Craven Cottage after he joined Fulham from Newcastle on loan in the winter transfer window. The fiery Serbian made an instant impact in west London, hiting 12 goals in just 17 Championship appearances for the Cottagers. Fulham moved to sign the 23-year old on a permanent basis this summer and Mitrović could prove their most important signing yet.

In complete contrast to their goal-hungry performances in 2017/18, Fulham have looked desperately short on fire power in pre-season, failing to score a single goal in three of their four warm-up matches. Fulham hit four goals in their win against Crawly Town, but failed to register in their draw with Reading and in heavy defeats to Fenerbache and Lyon.

Mitrović’s arrival should help to re-sharpen the point of Fulham’s attack, though the Serbian international still has it all to prove at Premier League level. Since arriving from Anderlecht in 2015, Aleksandar Mitrović has scored just eleven Premiership goals.

Fulham will be looking to replicate the continental, passing game they mastered so brilliantly last year at a higher level this term, and even though cultivating a similar style in the Premier League could prove trickier given the higher level of opponent, the Cottagers will be confident that their football can bridge that gap in quality.

Fulham had the highest pass success rate in the Championship last season, completing on average 82.9% of their attempted passes last year. Fulham also ranked top of the pile for average short passes completed per game with 487 and they played fewer long balls than any other side in the division, averaging just 59 long hits per ninety minutes.

Those statistics helped to cement Fulham’s place at the top of the possession charts too with Slaviša Jokanović’s troops dominating 57.6% of the ball on average last season.

Fulham will be fully aware of the jump in quality required to maintain such high standards next season in the Premier League however. The Cottagers table topping 82.9% pass success rate in the 2017/18 Championship would have only been good enough to place them as the 7th best passing team in the Premier League in the same statistics rankings. Of course, that would still make them better at keeping the ball than thirteen other Premier League teams!

2017/18 was quite the season for teenage superstar Ryan Sessegnon. Having originally burst on to the scene as a promising left-back, Sessegnon played the majority of last year as a more advanced left sided attacker. The results from his adventurous positional switch were devastating.

Sessegnon scored sixteen goals and racked up eight assists in forty-eight appearances for Fulham in a phenomenal individual campaign that thrust the adolescent winger to the cusp of super-stardom.

Sessegnon, who only turned eighteen in May, has rebuffed some England’s biggest clubs this summer and has instead chosen to continue his development at Fulham, the club he has been involved since under-9 level.

That decision could be key to Fulham’s potential success this season. Already Sessegnon is one of Slaviša Jokanović’s most important players and the youngster’s impact and influence on the way Fulham attack cannot be understated.

Interestingly, just 35% of Fulham’s attacks came down the right-hand side in the Championship last season – the lowest figure in the entire division. 41% of the attacks originated from the opposite flank where Sessegnon operates – the third highest figure in the league for that side.

Having added some signings of genuine quality to a squad already adept at playing a progressive, modern style of football, Fulham look well equipped to mix it in the Premier League this season. They are capable of taking a big scalp or two at Craven Cottage and could be a decent outside bet for a top ten finish. Realistically however, a finish anywhere between 10th and 15th would represent a fantastic season’s work for Fulham.