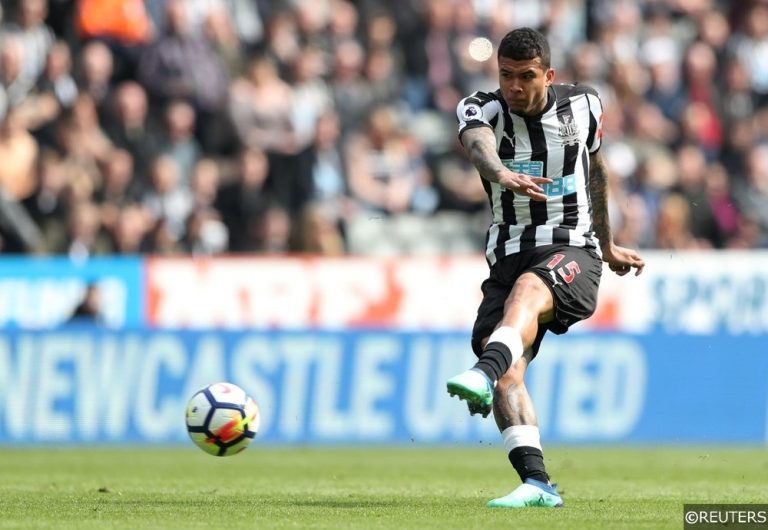 Newcastle United were the most impressive of the three newly promoted teams last season, finishing 10th in the 2017/18 Premier League ahead of some of the more established top-flight clubs.

As you would expect with any Rafa Benitez side, Newcastle were tactically disciplined and meticulously organised throughout their Premiership campaign, though their efficient football was never likely to get bums off seats.

Newcastle looked relatively comfortable on their Premier League return and even though they lost four of their last five league fixtures in 2017/18, they never came close to being sucked in by the gravitational pull of the relegation black hole.

However, everything is far from rosy in the St. James’ Park garden. With the Premier League awash with TV money, much-maligned club owner Mike Ashley has again kept the transfer purse strings pulled tightly closed this summer.

So far in this window, Newcastle have turned a profit on transfers and Rafa Benitez, desperate to reinforce his squad further, has gone public with his displeasure at how affairs at the club are being handled.

Benitez has just one year to run on his contract and is looking for assurances over budgets and behind the scenes developments at the club before committing to a new deal.

Nevertheless, the wily Spaniard has done some clever business already, despite being hamstrung by the financial limitations imposed by Ashley.

Can Benitez make the most of his shrewd acquisitions to secure another healthy Premier League finish for Newcastle United in 2018/19?

Japanese international striker Yoshinori Muto arrives at St. James’ Park as Newcastle’s most expensive signing of the summer, having made the switch from Mainz 05 in the Bundesliga for a fee in the region of £10.7m

The mobile attacker isn’t exactly a prolific goalscorer – last season was the first time he scored double digits in a season since moving to Europe from the Far East, but Muto will bring some much needed industry and endeavour to Newcastle’s front line.

Newcastle United owe Rafa Benitez a great deal of gratitude. The Spaniard arrived on Tyneside in March 2016 and though he was unable to help the club beat the drop that year, the high-profile coach stuck around to help the Magpies fight their way out of the Championship at the first time of asking the very next season.

However, like many of his predecessors, Benitez has been left frustrated by the lack of financial support offered by Newcastle’s tight-fisted owner Mike Ashley.

Just this week the former Liverpool manage was quoted as saying:

“When things are not going well off the pitch you can see a reflection on the pitch,” Benítez said after Newcastle’s mid-week 4-0 friendly defeat against Braga in Portugal.

Pressed as to whether he was referring to the lack of recruitment at a club, he replied “Everything – I’m really worried.”

When Benitez was asked if there was money to spend or if any negotiations were under way he said: “I have no idea. The fans have to be concerned, we are concerned. I’m really worried.”

Ashley won’t take kind to pressure being exerted on him through the media and with Rafa Benitez yet to commit to a new contract at Newcastle, the end of the club’s relationship with the Spaniard could be nigh. 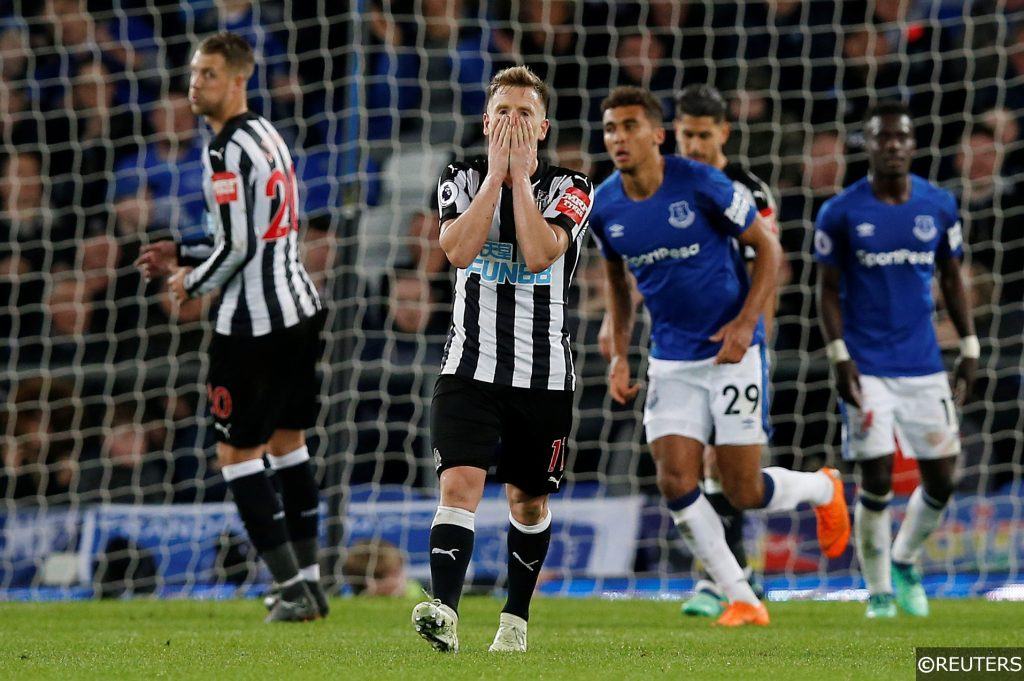 Rafa Benitez had hoped that Newcastle could tie up a deal for West Brom striker Salomon Rondon this summer. However, at 29, Mike Ashley is reluctant to fork out the asking price for a player he considers close to a depreciative age.

Newcastle are in desperate need of a regular goal-scoring centre forward to try to drag up the paltry scoring statistics they posted in 2017/18. The Magpies registered just 39 goals in total last season, which works out at an average of just 1.02 per ninety minutes.

New forward Yoshinori Muto looks set to assume to role of defence unsettler rather than chance converter, and with Aleksandar Mitrovic flogged to Fulham, there remains a dearth of goal scoring expertise in the Newcastle squad. 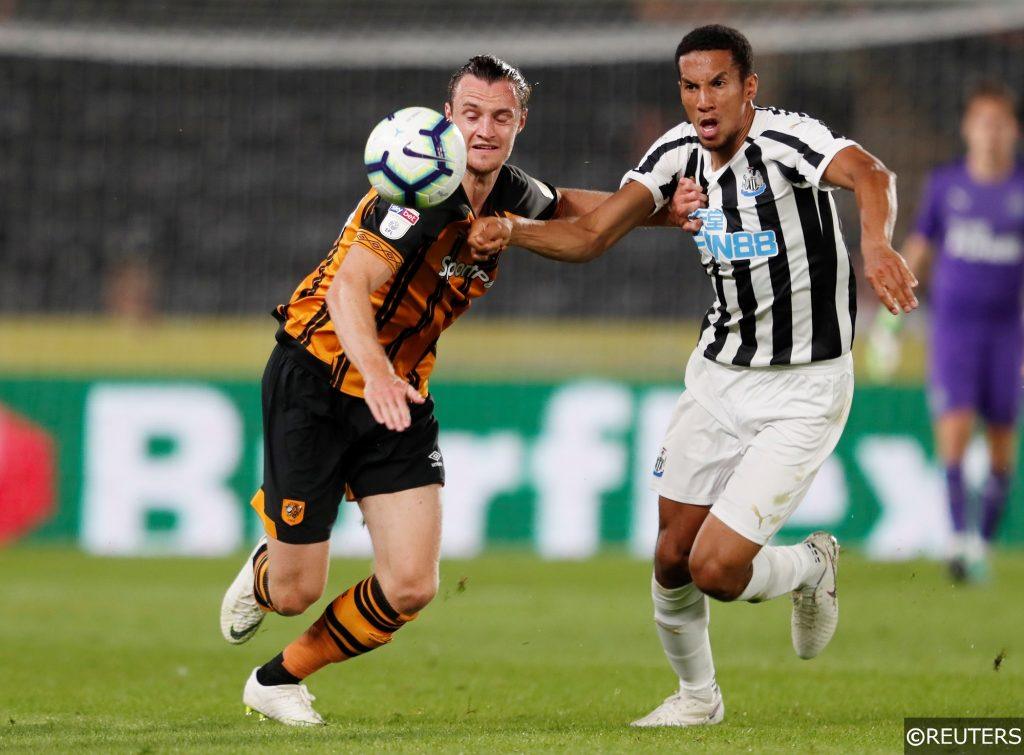 One of the biggest areas Newcastle must improve on this season is their quality when in possession of the ball. In 2017/18, the Magpies had the 3rd lowest average possession per game in the Premier League (43.8%), finishing just above relegated Stoke City and West Brom in that regard.

When Newcastle did have the ball, their use of it was sketchy to say the least. They completed just 72.3% of their passes per game on average in 2017/18, again finishing 3rd from bottom in the Premier League rankings for that metric behind Stoke City and Burnley.

From an individual standpoint, midfielder Mohamed Diame didn’t seem to be part of the problem. The Senegalese international completed 81.5% of his passes last season, coming in comfortably above the overall team average.

Jonjo Shelvey’s pass completion rate of 72.4% is a poor return for a player of his quality however. In Ki Sung-yueng, Newcastle might have found a solution to some of their possession problems. The metronomic passer completed 88% of his passes for relegated Swansea City last term.

Rafa Benitez looks to have assembled a solid if unexciting squad at Newcastle United, and while they are unlikely to win any awards for the beauty of their football, they proved last season that their combination of efficiency and organisation can win plenty of points.

The boardroom scuffles between Ashley and Benitez could yet eventually undermine the team’s efforts on the pitch, though at present the boat hasn’t been rocked enough to send Newcastle spiralling down the table. A finish of between 8th and 12th should be achievable.