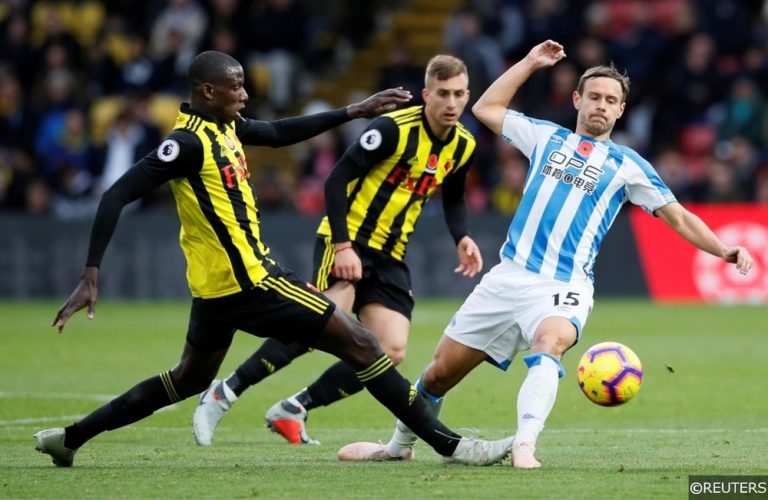 The managerial merry-go-round at Vicarage Road finally stopped for breath last year as Javi Gracia put in a promising first full campaign and avoided the axe from the chop-happy Watford hierarchy.

Gracia took over from Marco Silva after the Portuguese manager was sacked in January 2018. Silva’s head was turned by Everton that winter, and it led to a sharp decline in results and his eventual termination from the post.

His Spanish replacement wasn’t as glamorous as attack-minded predecessor, but that was forgotten as soon as Gracia started bringing in the results. His more balanced approach saw Watford break out of a terrible run to finish the season with their pride intact. But could Gracia become the first Watford manager since Gianfranco Zola to last more than 12 months in the hotseat?

A respectable 11th placed finish assured him a rare full season at the helm of The Hornets, and he’s now their longest serving manager since Malky Mackay (2009-2011). Watford’s stellar run to the FA Cup Final didn’t exactly harm his case either. Can he make it 2 consecutive full campaigns and make a push for a top half finish in 2019/20?

Wondering how Gracia’s predecessor will get on? Click here for our Premier League Team Focus on Everton. 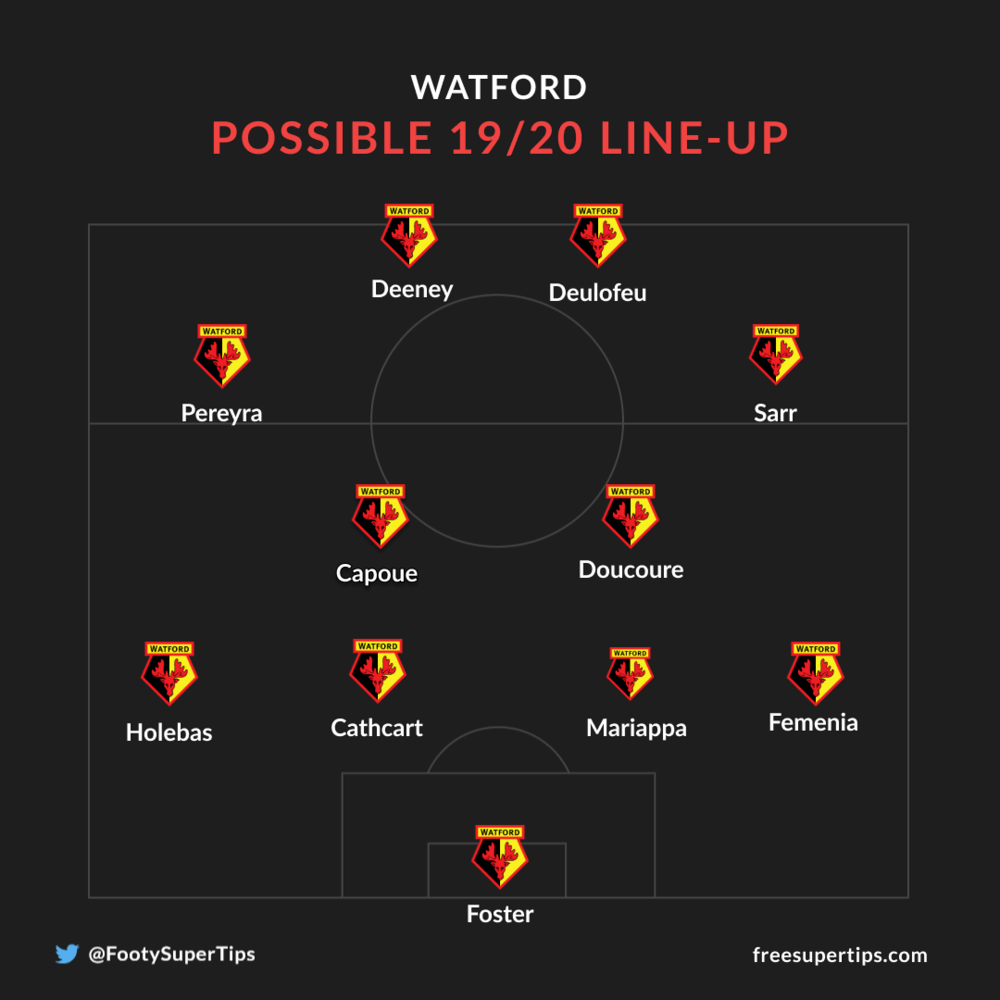 Gerard Deulofeu has had something of a troubled career so far. At the age of 25, he’s already played for 5 different clubs and has endured multiple stints at both Everton and Barcelona. In fact, the speedy Spaniard has never remained at a club for longer than 2 full seasons, but Watford fans will be hoping that changes this year.

Deulofeu moved to Vicarage Roar on loan in January 2018 after a baffling 6 month return to Barcelona. He obviously impressed Javi Gracia, with the Hornets signing him on a permanent basis that summer. It turned out to be a deal worth making as Deulofeu ended the campaign as Watford’s top scorer, netting 10 Premier League goals and providing a further 5 assists.

The 25-year-old obviously has an abundance of talent, but as of yet has never been given the chance to fully settle into his surroundings. Multiple spells at Barcelona along with loan moves to Sevilla and AC Milan hint at his potential, and he thrived under the tutelage of Gracia last term. Should he continue on this upward trajectory, he could prove to be instrumental in Watford’s fight for a top half spot this term.

Click here for all our Premier League Relegation and Mid-Table Predictions.

The rumour mill has been eerily quiet around Vicarage Road this summer, but that’s exactly what Javi Gracia will have wanted. They have kept hold of their key players, with nobody coming knocking for the likes of Etienne Capoue, Gerard Deulofeu, Abdoulaye Doucoure, Roberto Pereyra, or Will Hughes.

This makes for a very strong spine to the Watford starting lineup, and it’s not like they’re short on squad depth either. They have plenty of options from the bench, and the recent sale of Dodi Lukebakio to Hertha Berlin has put an extra £18m in their pocket. This looks like it’s going towards the fee of their marquee summer signing – Rennes winger Ismaila Sarr.

The 21-year-old is set to command a club record £27m, but he did end last season with a tally of 8 goals and 6 assists from the right hand side of the Rennes attack. Considering they currently field the out of position Will Hughes there, he could prove an invaluable purchase to strengthen an already promising Watford team. 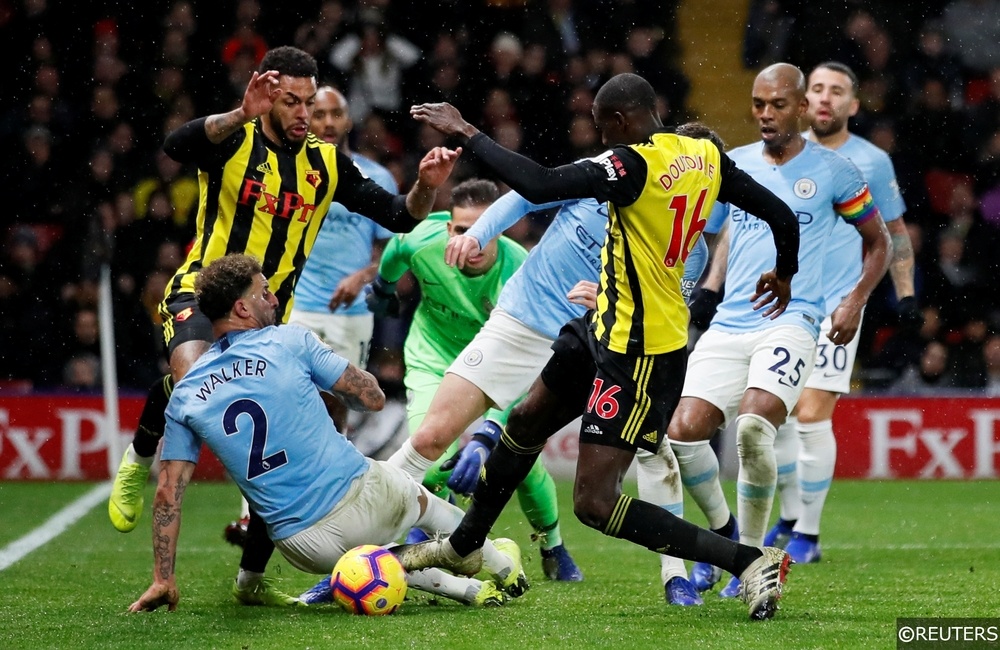 Discipline an issue for Gracia?

Watford certainly didn’t pull any punches in the tackle last season, although that’s hardly surprising given that the combative Troy Deeney is the club captain.

In fact, The Hornets finished the season with the worst disciplinary record in the top flight, picking up 77 yellow cards and 4 red cards. Unsurprisingly, the individual disciplinary records were dominated by Watford players. Etienne Capoue and Jose Holebas picked up a chart-topping 14 and 12 yellow cards respectively, with both adding a red card to the mix for good measure.

It wasn’t just these 2 players at it either. Abdoulaye Doucoure racked up 7 bookings throughout the season, and even Adam Masina managed to amass 5 yellow cards despite only starting 11 league games.

That being said, this tactic obviously worked for Watford last season. They did achieve their best ever Premier League finish, after all. However, having key players such as Capoue, Holebas, and Doucoure serve regular suspensions is less than ideal.

Many saw the appointment of Javi Gracia to replace Marco Silva as something of a step backwards. Silva won the plaudits at Vicarage Road thanks to a short winning streak and an attractive brand of passing-based football, while Gracia came into the club as one of the last believers in the 4-4-2 system.

The results say it all though. He guided Watford to their best ever Premier League finish, despite losing star player Richarlison last summer. And much of the fans’ thanks can be directed squarely at their formidably midfield partnership. 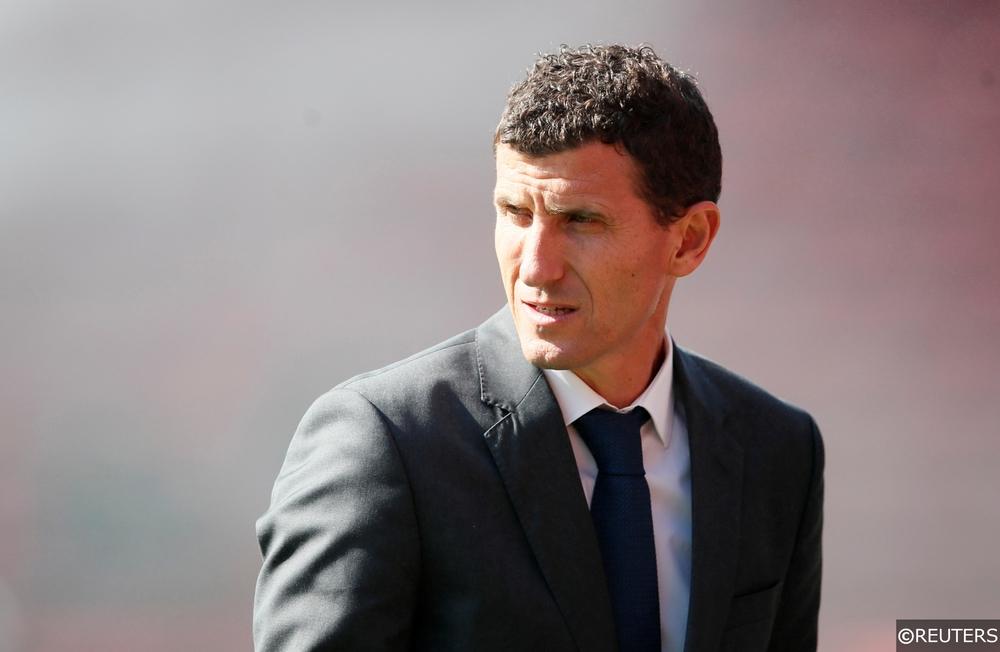 Gracia’s tactics are set up so the wingers push forward and drop inside often, which opens up the space for their full backs to bomb on down the wings to widen the play. This has the potential to be a defensive catastrophe, but Abdoulaye Doucoure and Etienne Capoue hold the entire system in balance.

Their tireless work to plug the gaps and rocket between spaces is the lynchpin to Watford’s success, and they’re set to play key roles again this season. Capoue was in the top 10 Premier League players for both tackles made and interceptions completed, while Doucoure’s 6 assists added a vital attacking element to the centre of midfield.

Remember, you can find all our detailed analysis, Premier League predictions, match previews, and news here.

We’ve already touched upon Gerard Deulofeu’s stellar season playing up top for Watford, and we’re expecting more of the same from the Spaniard. He scored 12 goals in all competitions last season to beat out Troy Deeney’s 11 notches on the goalpost, despite the Watford captain playing almost 700 minutes more than Deulofeu.

He only improved in the latter stages of the season too, scoring 9 goals in his last 14 competitive appearances and netting Watford’s first ever Premier League hat-trick against Cardiff in February.

Andre Gray is Deulofeu’s only other real competitor for the top team goalscorer award, but we’re expecting the the former Barcelona man to get the nod ahead of him and limit Gray’s chances to make an impact. So, considering Deeney has scored fewer than 12 competitive goals in each of the last 3 seasons, we think Deulofeu is a great value bet here.