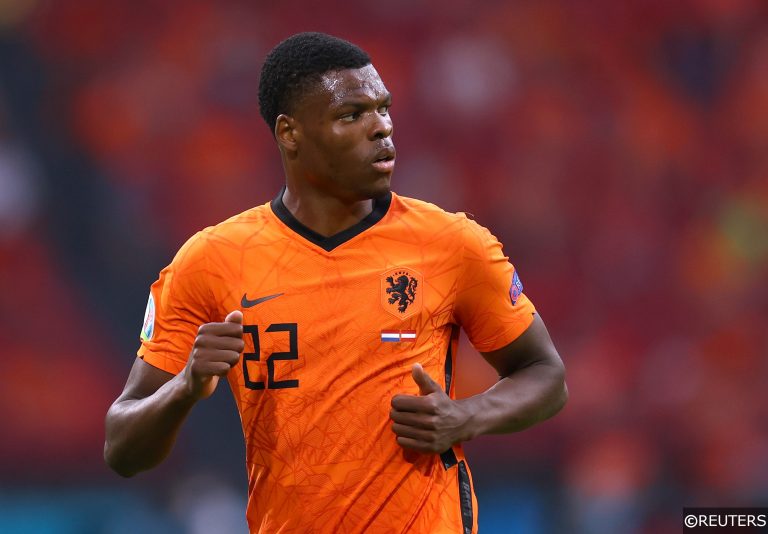 After a week of non-stop World Cup action, we are heading into the final round of Group Stage matches and there is still plenty to play for.

A number of shocks to the tournament favourites have blown some groups wide open, leaving very few dead rubbers and promising plenty of excitement for this final round of games.

With the next four days of fixtures in mind, I have put together a huge multi-day mega accumulator covering the best tips from each group.

The Netherlands just need to avoid a heavy defeat by Qatar to secure passage to the knockout stages but I’m expecting much more from them when they face the sub-par host nation.

Qatar have already conceded the joint-highest number of group goals by a host nation and have been well off the pace in both games so far. They now face their biggest test of all and Louis van Gaal’s side won’t be taking it easy, knowing they may need a big win to secure top spot in Group A.

The Dutch averaged over three goals per game in qualifying and hit 14 in six games in the UEFA Nations League. They can hammer the hosts here.

Group B: Iran vs USA

Iran looked like a different team in their deserved 2-0 win over Wales and they will be putting in a backs-to-the-wall performance as they look to secure an unlikely qualification from Group B.

They have only lost three of their last 23 matches and the USA have struggled to make an impact in the final third, having just two shots on target across their two World Cup games so far and failing to win each of their last five matches.

Iran have everything to lose knowing that a draw would likely be enough to send them through, and Carlos Queiroz’s side could thrive on Tuesday.

Argentina went into Qatar 2022 as one of the pre-tournament favourites, but they have yet to live up to the billing after two rather poor performances. However, they are still in the hunt and they have a familiar name to thank for that.

Lionel Messi has scored the opener in both of Argentina’s Group C matches so far and followed up his winning goal against Mexico with an assist for Enzo Fernandez’s stunning second.

Argentina’s talisman has now scored 12 goals in his last six appearances for Argentina and he can once again make the difference in their showdown with Poland, with the favourites needing a win to top Group C.

France became the first team to mathematically qualify for the knockout stages with their win over Denmark but once again their defence showed its vulnerability as they conceded to the Danes.

Les Bleus have kept just one clean sheet in their last eight matches and have shipped at least one goal in each of their four previous meetings with Tunisia.

The Carthage Eagles have been better than their results suggest and need a win to stand any chance of getting out of Group D. They will have to take the game to France and I expect them to find the net, although they will open themselves up to France’s devastatingly pacey attackers as they push forward.

Japan struggled against Costa Rica but expect them to fare better against a Spain side that will dominate possession. Taking the game to a weaker opponent didn’t play into Japan’s favour but they were far better on the break against Germany.

Spain have impressed in both games so far but they did struggle to keep Germany quiet when they launched counterattacks in their second game. Japan need to get forward as they have to get a result to have any chance of going through but they meet a Spain side who have scored in 23 consecutive matches.

Belgium have struggled in both games they’ve played at this tournament and they have lost three of their last four games ahead of a crunch clash with Croatia. The Red Devils haven’t looked right either going forward or in defence and Roberto Martinez doesn’t seem like the man to quickly reverse their fortunes.

Meanwhile, Croatia come into this one having won six of their last seven matches. They put on a show in a 4-1 win over Canada which came on the back of the Belgians being completely outplayed by the Canadians. Back Croatia’s class to tell with a victory as they look to secure top spot in their group.