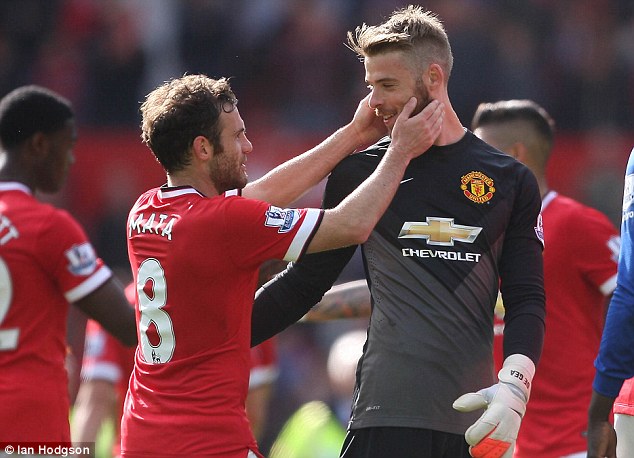 David De Gea has been attracting the interest of Champions League holders Real Madrid this season, with his stunning performances tempting Carlo Ancelotti to break the long standing goalkeeping transfer record of £33 million for Gianluigi Buffon.

David De Gea arrived at Manchester United in the summer transfer window of 2011, as a replacement for the retiring Edwin van der Sar. United shelled out a British record of nearly £18 million for the 21 year old Atletico Madrid stopper.

For a while, this transfer fee seemed unjustified. De Gea was repeatedly caught out in the first half of the season, failing to lay claim to his penalty area as balls came into the box.

He cut a gangly, shyly built figure between the sticks, and many fans and pundits suggested that his build wasn’t strong enough for the demands of the Premier League.

However, even in this difficult first season he showcased his impressive shot stopping ability.

Over the course of the next few seasons he focused on bulking up, in an effort to take command of aerial threats.

This season, he seems to be the finished product. He has saved what could have been a disappointing first half to the season for Manchester United, including incredible displays against Southampton, Stoke, and Liverpool during United’s current 6 match winning streak.

The fact that he claimed Manchester United’s Player of the Season award last season, and he has continued his form into the new campaign, has caught the eye of Spanish giants Real Madrid.

Carlo Ancelotti is unconvinced by his goalkeeping options, and is ready to splash out to secure the services of the 24 year old keeper.

The transfer fee offered will likely surpass the 14 year record of £33 million, which Juventus paid Parma for Gianluigi Buffon.

De Gea is without a doubt an integral part of United’s squad, and Louis Van Gaal will be desperate to hold on to one of the best keepers in the world. But he remains relaxed about the situation, seemingly confident that De Gea will sign a contract extension in the near future.