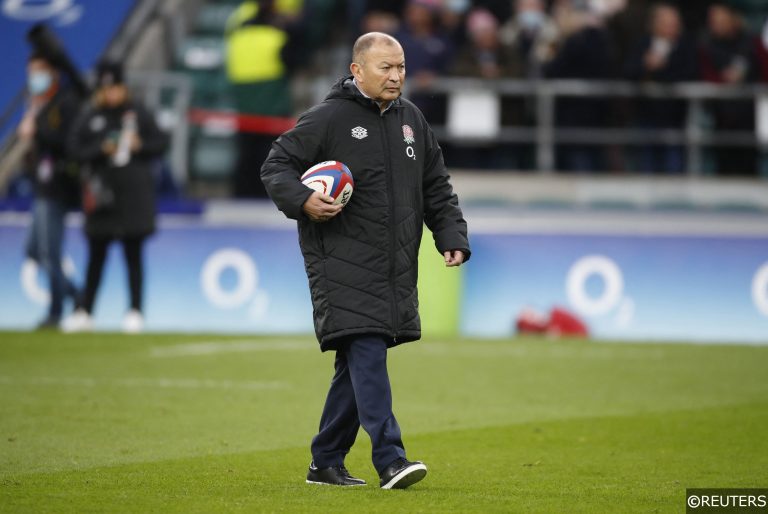 It’s the final weekend of the Summer Internationals and everything is still to play for.

All four series are tied 1-1 after a huge bounce-back weekend for the Northern Hemisphere sides who will be looking to win the series on the final weekend.

As always we’ve pulled our best bet for every game and put them together into an accumulator below!

Back our selections in this 14/1 Rugby International Test Series accumulator!

In three of the last four tests between New Zealand and Ireland the total points has been above the 47.5 line (60, 49 and 61 points total).

Both sides have very potent attacks and with Saturday morning being the deciding test, both teams will hold nothing back in attack in an attempt to win the series.

Australia are now using their third different back three combination in three games. They’ve had terrible luck with injuries this tour and we think this is something that Eddie Jones and England will look to exploit, peppering them with high balls all game.

England also showed how they could game manage last week, holding off a strong fight back from the Wallabies to ensure there was everything to play for this Saturday.

Wales covered the handicap in both week one and two of the Test Series, with an injury time loss in Pretoria and a last minute winner in Bloemfontein keeping both tests extremely close.

Expect similar here, with Wales able to cover the +12.5 handicap.

Argentina make ten changes from the side that lost to Scotland in the second test, reverting to a lot of the players who did so well in the opener in the Estadio 23 de Agosto.

With Argentina fielding close to a full-strength side, I’m backing them to win the final test and take the series victory 2-1.

Koroibete has played a huge part in Australia’s series so far but just hasn’t had the try to complete his performance. He has been the rock in the back three, starting all three tests and getting himself on the ball consistently. Expect him to finally gets his try this weekend.

Will Jordan is absolutely electric. He has more tries than appearances in test rugby, a feat unheard of at the highest level. He missed out on the first test with COVID and was only fit enough for the bench in the second, but the final game gives Jordan the opportunity of crossing the try line.

The South African set piece is one of, if not the best in the world. They set it up so well with so many different options at the line out and most of them are being collected at the back by Mbonambi. South Africa will look to utilise the set piece giving the number two a very good chance of scoring.