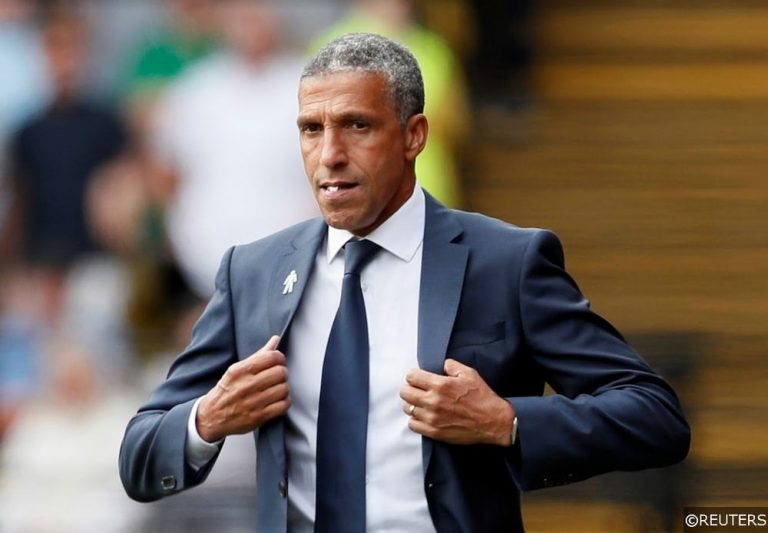 Brighton have announced that they have sacked Chris Hughton after four and a half years as the club’s manager.

The 60-year-old led Brighton to 17th place and safety in the Premier League this season, though survival was secured by the skin of their teeth after Albion won just 3 of their last 23 league fixtures – a run that included a 9-game winless run to close out the campaign.

In an official statement, Brighton chairman Tony Bloom said: “Chris has done an excellent job, first stabilising our club – reaching the play-offs in his first full season – securing our first ever promotion to the Premier League, and retaining our status in two successive seasons.

Undoubtedly this has been one of the most difficult decisions I have had to make as chairman of Brighton, but ultimately one I have made due to how we struggled in the second half of the season.

“Our run of three wins from 23 Premier League matches put our status at significant risk. It is with that in mind, and the performances during that period, that I now feel it’s the right time for a change.

“Chris will always be very fondly remembered by Albion staff and fans as one of our club’s finest and most respected managers.

“I would like to wish Chris, Paul and Paul – who have all worked extremely hard throughout their time here – every success for the future, and thank them on behalf of everyone at the club.

“They will always be welcome at the Amex, and will be remembered here with great affection.”

Having been appointed as Brighton’s manager in 2014, Hughton enjoyed great success with the Seagulls, first guiding the club clear of relegation in the Championship, before leading them to top flight promotion in 2017.

Hughton won 40.93% of his 215 games in charge at Brighton and was named the Premier League’s manager of the month in March 2018.

Today’s sacking is the is the third time the former Republic of Ireland defender has been removed from a managerial position – he was first dismissed by Newcastle in 2010 and then by Norwich City in 2014.

Brighton have confirmed that the search for Hughton’s successor is underway – but who is in line to take the hotseat at the Amex Stadium?

Let’s take a closer look at some of the candidates and bookmaker’s favourites to become the next permanent Brighton manager.

See who made the cut for our last Premier League TOTW for the season here.

Current Swansea City manager Graham Potter has been installed as the early and heavy favourite to replace Chris Hughton as Brighton manager.

The 43-year old made his name in management with Swedish club Ostersunds, who he guided to three promotions and national cup glory, before leading them to Europa League qualification.

Potter has only been with the Swans a little under year having arrived at the club last summer, and though City’s 10th place Championship finish looks underwhelming on the surface, Potter had the club’s young squad playing attractive, exciting football for much of the campaign.

Phil Neville is just weeks away from leading England at the Women’s World Cup in France, though the bookmakers consider the former Manchester United and Everton stalwart as a possible candidate to take the reins at Brighton.

Though Neville’s general football accumen is extensive after a lengthy career of involvement in the game, his top-level managerial experience is extremely limited – and before taking his role with England, Neville had backroom stints at Salford City and Valencia in various supporting capacities.

The 42-year old is way down Seagulls’ fans list of preferable, possible candidates, though Brighton chairman Tony Bloom might have other ideas.

O’Neill has enjoyed incredible success with international minnows Northern Ireland since taking control of the senior team in 2011, leading the country to their first ever European Championship qualification in 2016.

O’Neill turned down the chance to manage Scotland last year, though a return to club for the first time in 8 years could prove a far more appealing prospect.

In April, 52-year old Lyon manager Bruno Genesio announced his intention to leave the Ligue 1 club at the end of the current season – a decision that would leave him free to move to Brighton or any other club in the summer.

The former Lyon player took control of first team affairs at the club in 2015, and oversaw the development of some of the best young players in Europe including Nabil Fekir, Ferland Mendy, Houssem Aouar and Tanguy NDombele.

At 20/1, Genesio is considered an outsider for the Brighton managerial vacancy at present, and it’s unclear whether the Frenchman is even being weighed up as a viable candidate for the position at the Seagulls.