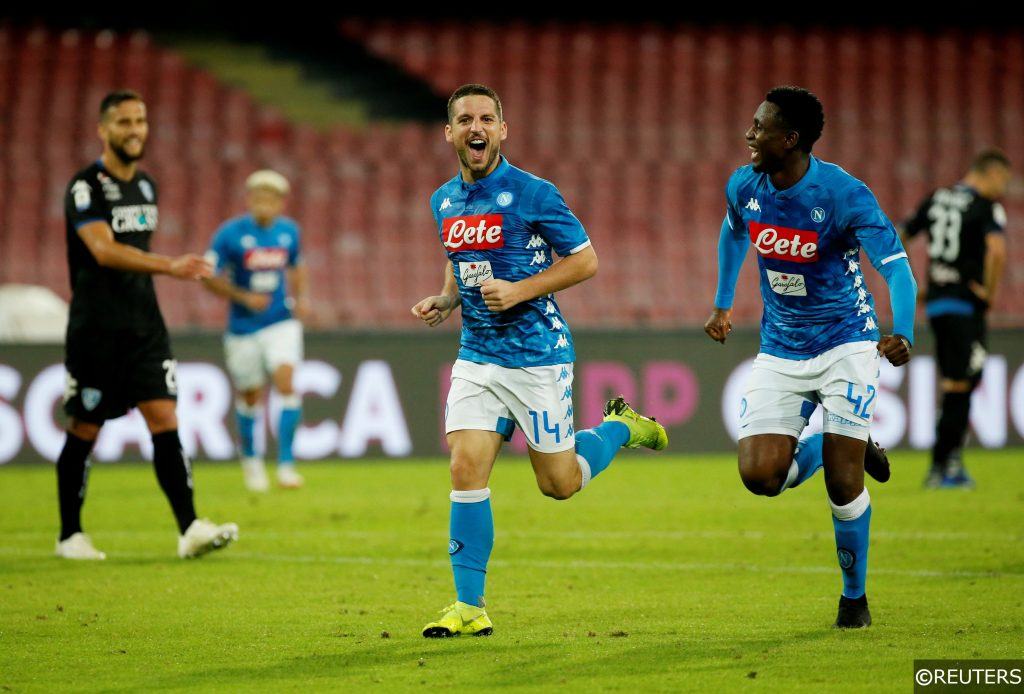 We’ve only had 10 games from Serie A so far, but the second round of matches promises to be entertaining. Two of last season’s overachievers, Atalanta and Torino, meet on Sunday in a game which is getting little traction. That’s because it comes in a weekend which contains the Rome Derby and a meeting between last season’s top two.

Juventus and Napoli meet again on Sunday, with their rivalry growing in recent seasons. Both sides consistently battle for the title, marking this fixture out. Napoli have been the closest challengers to Juve, fired on by the likes of Gonzalo Higuain and Maurizio Sarri. The fact that Juve have signed the pair hasn’t gone unnoticed in Naples, adding a little more flair to this huge contest.

The only place to start this weekend is with the big Scudetto clash on Saturday night. Napoli are aiming to challenge Juve this term, while they will be hoping that the arrival of Maurizio Sarri will provide an opening. That puts plenty of expectation on this clash in Turin, especially with Napoli scoring four times in an explosive start.

Sarri is set to loom over this game, even though his bout of pneumonia has prevented his dugout debut. Meanwhile, Gonzalo Higuain is going under the radar against his former side. The Argentine’s best football came at Napoli under Sarri, while he’s been a thorn in their side ever since. Higuain will lead the line this weekend, despite a turbulent summer. The striker was being offered around during the transfer window, but he refused to leave. His stubborness has paid off, given that he has landed a starting place for the champions.

Higuain will likely be out to punish his former side. The Argentine has a point to prove after a tough 12 months. Higuain needs to make the most of an incredible opportunity.  After scoring five times against Napoli as a Juve player, we can see him finding the net on Saturday. Higuain is priced at 13/8 with bet365 to score this weekend.

See all of our Juventus vs Napoli Predictions ahead of Saturday’s clash.

Sarri may not be on the sidelines this week, but Carlo Ancelotti will be aiming to land a huge blow in the title race. He’s looking for progress in his second season in charge. Last term they became a more flexible team than they were under Sarri, so now the job is to add a bit of consistency of results amid the rotation. That’s going to be the key to their Scudetto dreams this season.

Ancelotti is a manager for the big occasions, so he’ll be desperate to make an impression in Turin. Last term saw them lagging behind Juve, but there’s a belief that the arrival of Sarri means that Napoli can put pressure onto the Bianconeri early on. However, will that turn this weekend’s clash into a cagey title-decider?

We certainly see Napoli running Juve close. Napoli arguably look like the stronger of the two heading here, but the hosts are a difficult proposition at the Allianz Stadium. Juventus have a wealth of experience behind them, although they lack the fluid setup which Sarri is hoping to install. Without the former Chelsea boss on the bench, another more functional display is possible. With Ancelotti going up against an experienced Juve side, things could be quite tight in Turin. With that in mind, we expect a close 1-1 draw between these two sides, which clocks in at 6/1 with BetVictor.

Classic in the Capital?

Sunday evening brings the Rome Derby, a game unmatched in intensity across Europe this weekend. The Derby Della Capitale pits together two bitter enemies, with both sides finding themselves in remarkably similar positions.

For starters, these are Italy’s two Europa League representatives, who have an eye on a top-four finish. Both sides kept spending to a minimum this summer, but each of them managed to hold on to their prized assets ahead of another tilt at the top four in Serie A. Now they are warming up for a crucial derby, with our Lazio vs Roma Predictions pointing towards a high scoring game.

Roma have seen at least four goals in every game since the end of last season. They have had a summer littered with high scoring friendlies. That form saw them concede an equaliser three times to Genoa in their opener. After their 3-3 draw here they meet a Lazio side who have scored nearly 30 goals including preseason games, while they hit three at Sampdoria in a dominant display.

Their strong scoring form has set things up for a thrilling clash between two teams who seem to have really settled, so we like the look of a narrow 3-2 win for Lazio in this clash. That can be found at 19/1 with BetVictor. It can also be paired up with the Juve Napoli clash to give us a correct score double which is priced at a huge 139/1 with BetVictor.