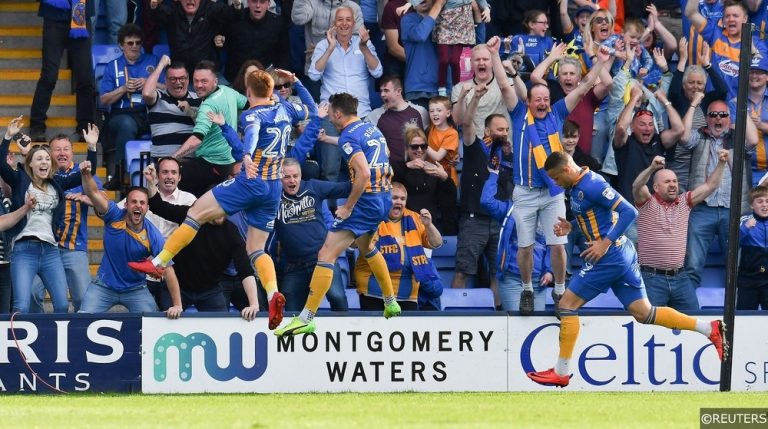 After what appeared to be a disappointing start, one that saw John Askey’s men become the second to last team to collect three points, Shrewsbury finally got things up and running when beating an out-of-form Southend side by two goals to nil on home soil last time out. After several near misses, the Shrews deserved to get their heads in front, while their commanding performance on Saturday certainly merited all three points.

On the face of it, prior to Saturday’s victory, Shrewsbury had been struggling, though things were nowhere near as bad as the league table may have had people believe.

To begin with, the Shrews weren’t exactly afforded the easiest starters in terms of fixtures. Eight matches in and Shrewsbury have faced three of the twelve teams who currently find themselves outside of the top half, though a couple of those bottom-half teams that they’ve faced fall into the category of underachievers. Both Southend and Bristol Rovers rank highly based on a variety of metrics, while Luton, Blackpool, Charlton, Doncaster and Portsmouth are all inside the top ten, so it’s probably fair to say that Askey’s men haven’t been treated too well by the fixture list.

Not getting the rub of the green

As well as having some tough fixtures to start the campaign, Shrewsbury have also had their fair share of bad luck, or rather they’ve not had the good luck that several other teams have benefitted from.

Despite facing solid opposition, the Shrews are yet to be well beaten. They made it to match-day eight without a win, but at no point have they lost by more than a single goal, while they’ve performed valiantly at times, earning draws away against the likes of Doncaster and current league leaders Portsmouth. What’s more, the games that they’ve lost could’ve easily gone the other way. For example, when facing Charlton away from home, it was the Shrews who created more and gave less away, so it could very easily have been them who came out on top by two goals to one.

Since the start of the campaign, Askey’s men have posted some very solid figures. They continue to rank highly in several areas, which means that their recent turnaround in form – drawing away against the league leaders prior to securing a first win of the season last time out – isn’t a surprise.

After a couple of confidence-boosting results, given that they’ve performed well for most of the campaign so far, it would be no surprise to see the Shrews advance up the table with haste.