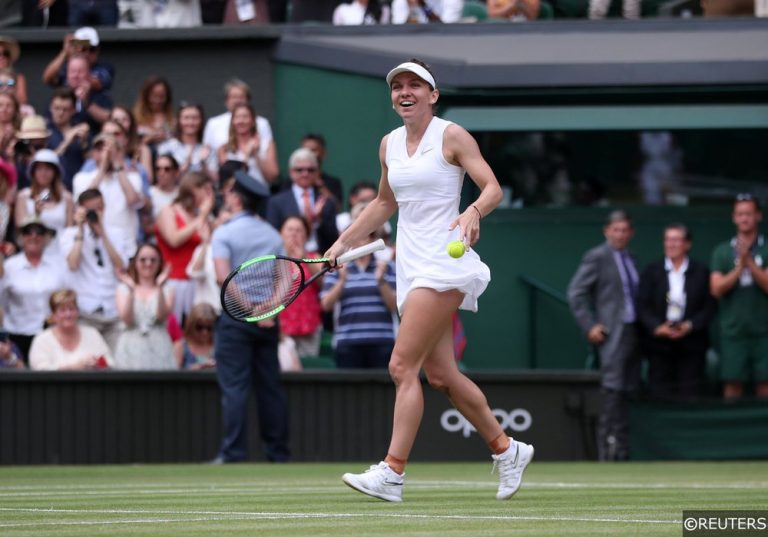 What a tournament it’s been at SW19 as our Simona Halep has won her first Wimbledon title beating arguably the great women’s player of all time, Serena Williams 2-0 in the final. Simona Halep was our main tip for the tournament tipped up at a tasty 14/1 in one of the most open women’s draws in Wimbledon history. We also have Roger Federer in the Men’s Tennis Final tomorrow tipped up pre-tournament at 7/2.

Simona Halep won her first Wimbledon title after playing one of the greatest matches of her career in a dominating display of tennis from the Romanian beating Serena Williams in just 56 minutes. Halep hit winner after winner as she pulled apart Serena’s serve early on to take a 4-0 lead in the first set after just 12 minutes.

Serena on the other hand was far from her best, and fitness was always going to a major concern for the 37 year old as she had played little competitive tennis in 2019 before heading to Wimbledon. This resulted in a colossal 26 unforced errors compared to Simona’s 3.

After the game Serena had nothing but good words to say about her opponent “She played out of her mind, it was a little bit deer in the headlights for me,”

A great performance from a fantastic player which landed our 14/1 Each-Way main tip for the Women’s Wimbledon Championships 2019.

Good news, tennis doesn’t end with Wimbledon, we will be having tennis predictions for all the big events as well as daily tennis accumulators over on our tennis betting tips and predictions page.