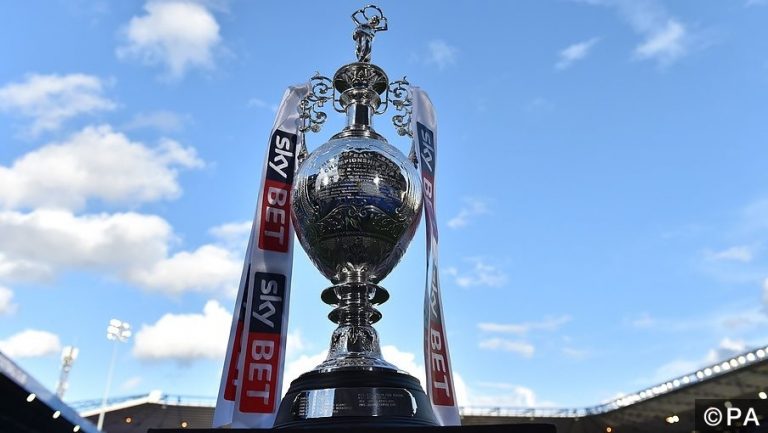 The new SkyBet Championship season is nearly here and it promises to be one of the most exciting yet with Aston Villa and Newcastle dropping down into the second tier while Burton Albion, a non-league club less than a decade ago will be joining them following their promotion from League One.

The 2016-17 SkyBet Championship will also see Nigel Pearson attempt to steer Derby back in to the promised land while the likes of Brighton and Sheffield Wednesday will be hoping to challenge for promotion again after excellent campaigns last time around.

The Toon Army are clear favourites to win the division with every bookmaker and with good reason. There are similarities with the last time they dropped out of the Premier League in that they do so with a strong squad and one that surely wouldn’t have been relegated had Rafa Benitez been in charge for the whole campaign. The Spaniard is one of the top bosses in European football and his decision to stay at St James’ Park was a massive boost to the club and there is almost the feel of a bright new era starting on Tyneside despite the huge disappointment of relegation.

Newcastle have already recruited well with Dwight Gayle, Matt Ritchie and Grant Hanley coming in. All three are players who know the league and are capable of excelling in it and unlike Aston Villa, who are struggling to offload some of their under-performing high-earners, Newcastle have been able to cash in on the likes of Georginio Wijnaldum, who left for £23million last week. That has allowed them to re-invest in players who are likely to be more suited to the rigours of a long campaign in the Championship and they should be the perfect complement to players of the quality of Moussa Sissoko and Jonjo Shelvey.

At 15/8 they are as short as any team has been to win this league in recent years but with a manager who was in charge of Real Madrid 12 months ago at the helm and the best squad in the league by some distance, Newcastle should be the class act in the division.

Brighton were the surprise package in the Championship last season going undefeated in their opening 21 games and only missing out on automatic promotion on an agonising final day at Middlesbrough. Their final points tally of 89 would have been enough for promotion in most seasons so they can count themselves a bit unfortunate but there is no reason why they can’t go well again this time around.

Their early season success came predominantly via a great team effort and smart coaching from Chris Hughton, who has an excellent track record in this league. However in January they added a touch of flare and quality with the likes of Steve Sidwell and particularly Anthony Knockaert coming in and the Seagulls actually improved as the season went on.

They’ve managed to keep hold of all their key players so far and ought to be right in the promotion mix again.

Norwich have become a bit of a yo-yo club and for the 3rd season running they start the new campaign in a different league to the one where they finished the last. They weren’t particularly bold in the transfer market ahead of the last Premier League season which contributed to their relegation but it also means they head back into the Championship with basically the same squad that won promotion during the 2014/15 season.

Nathan Redmond has left for Southampton and that is a blow but it has freed up some funds to bring in one or two new players but with Alex Neil still at the helm and a very solid squad at this level, they should at the very least be finishing in the top six. Last season we saw Burnley and Hull bounce back to the Premier League at the first attempt with much the same squad they’d had the previous year in the top flight and Norwich are very much of a similar ilk so they look great value at 11/4 to win promotion.

Blackburn have been a club on the decline ever since the Venky’s rocked up at Ewood Park in 2010. Paul Lambert guided them to 15th place last season but decided to activate a release clause in his contract at the end of the campaign, which suggests he was less than optimistic of his team’s prospects this term. Over the past 12 months alone they have lost their three best attacking players with Rudy Gestede, Josh King and the prolific Jordan Rhodes leaving the club and they’ve also just lost captain Grant Hanley to Newcastle.

None have been adequately replaced and Owen Coyle has a very tough job on his hands so Blackburn look well worth backing at 4/1 to follow the lead of Lancashire rivals Bolton and drop down into League One.

Fulham are a bit of an outside bet at 12/1 for the drop but they are worth a flutter. Defensively they have been horrendous since they dropped out of the top flight conceding 83 goals in their first season back in the Championship and a further 79 last year as they again ended with one of the league’s worst 3 defences. The only reason they are still in the division is the goals of Ross McCormack and Moussa Dembélé, who formed the league’s most formidable strike partnership last term.

However Dembele has already departed for Celtic while McCormack is currently the subject of a heated bidding war with Norwich and Aston Villa among the clubs looking to sign the Scot, who is almost certain to leave. They finished 20th last season even with the pair and although there have been plenty of new faces arriving at Craven Cottage already this summer, Slaviša Jokanović faces a tough task to try and quickly gel them into a team. He is almost starting completely from scratch and if it doesn’t work they could be plunged into real danger.

Rotherham staged a dramatic late escape last year under Neil Warnock having looked doomed to relegation for almost the entire campaign. The former Sheffield United boss has since left the club though along with a host of players mostly on free transfers so there are very limited funds left for new boss Alan Stubbs to rebuild. It will be very difficult for him to recreate the buzz of that late season survival charge when Rotherham put an 11 match unbeaten run together.

Despite that the Millers still finished just 1 place above the drop-zone last season and it’s unlikely there will be 3 teams as poor as Bolton, Charlton and MK Dons this time around. Therefore backing Rotherham for the drop at 9/4 looks a smart bet.

The top goalscorer market is a really interesting one this year. Dwight Gayle is the current favourite at around 8/1 but disregarding his time in the Conference North he has never been prolific and his best tally in the top two divisions remains the 13 goals he scored for Peterborough in 2012/13. 3 of the 8 favourites are Newcastle players but given Rafa Benitez has always tended to favour a rotation policy, the goals are likely to be shared around the likes of Gayle, Mitrovic and Ayoze Perez.

Derby and presuming they invest further Aston Villa will also have numerous striking options that are likely to move in and out of the side so it might be wise to look a bit further down for a striker who is going to start every game if fit and has the potential to score plenty of goals. One name that immediately stands out is Bristol City’s Jonathan Kodjia.

The Ivorian was a revelation in his first season in English football, scoring 19 Championship goals. He featured in all but one of their games so is clearly someone not prone to niggling injuries and there is no reason why he can’t better that tally this time around. Bristol City improved as the season went on and could be darkhorses for a play-off push this time around with new signing Lee Tomlin likely to provide good support for Kodjia and certainly at 25/1 he is worth a flutter to top the goalscoring charts.