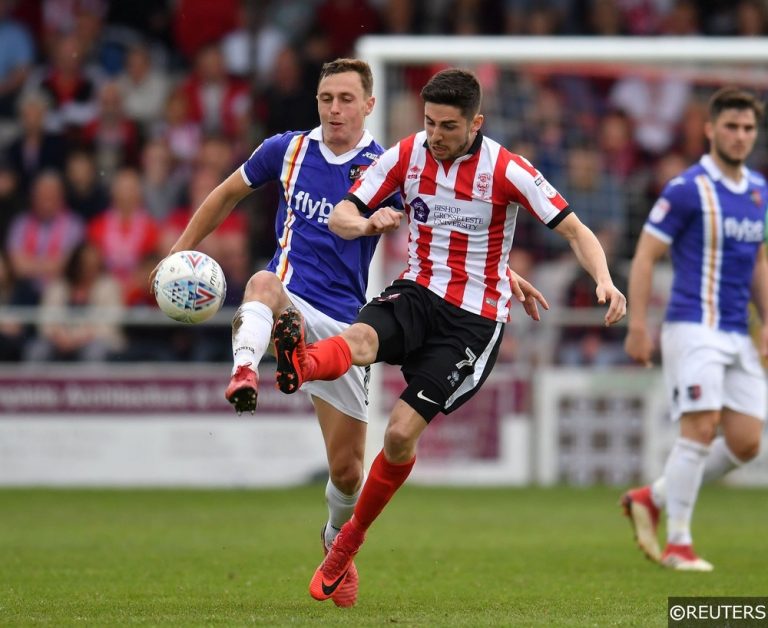 We may still be in the early stages of the season but already we are getting a good idea of which sides are expected to challenge for the title and which sides will be fighting to retain their spot in the Football League come the latter stages of the campaign. This weekend’s fixtures promise to provide plenty of spills and thrills, and we take a look at what to expect below.

But before the Saturday fixtures can kick off, there was a clash in League Two on Friday night which saw a shock result as one of the title favourites suffered a heavy 4-0 defeat at the hands of Yeovil Town. The home side thought they had taken the lead early on when Nathan Thomas turned in at the back post but he was adjudged to have been in an offside position. Yeovil went ahead when Elliott Hewitt made a hash of a clearance which eventually led to Yoann Arquin crossing low for Alex Fisher to turn the ball in from close range for the first of his three goals.

The pain did not end there for Notts County as they soon found themselves further behind as Wes McDonald fed a low cross into the area for Fisher to grab his second. Despite including three six-figure summer signings in Enzio Boldewijn, Kristian Dennis and Kane Hemmings, Notts struggled to get back into the contest.

Fisher grabbed his hat-trick as he capitalised on some dreadful defending to guide in off the post as Hemmings hit the bar from a penalty for the hosts. And a dismal night for Notts was ended when Arquin headed in Carl Dickinson’s free-kick.

With Notts County floundering in the early stages of the season, there is plenty of opportunity for their title rivals to take advantage and one key fixture is the clash between local rivals Grimsby Town and Lincoln City at Blundell Park on Saturday lunchtime.

It may not be one of the biggest rivalries in world football, but ask fans of Grimsby Town and Lincoln City about the Lincs derby and they will mostly tell you it is one they look forward too, afterall, bragging rights are at stake.

The hosts have had a pretty mixed start to the new campaign as they opened up the season with a heavy defeat at home to Forest Green Rovers, but they were able to bounce back well as they put in an expert performance to see off newly promoted Macclesfield Town with a 2-0 victory. However, that win was not built upon and on Tuesday evening they lost in the first round of the EFL Cup as Rochdale secured a comfortable 2-0 victory.

Things do not get any easier for the Mariners either as this weekend’s visitors is a Lincoln City side who have won all three matches this season. It may still be the early stages but already the Imps are looking impressive. They opened the season with a solid 1-0 win away at recently relegated Northampton Town but their next two matches against Swindon Town and Port Vale has seen them score four times in each outing.

Another side who were highly thought of before the season kicked off by the bookies is Mansfield Town, and the way they have started the season suggests that they are more than capable of living up to the hype. The team impressively thrashed a talented Newport side 3-0 at home on the opening day of the season, whilst twice came from behind to draw 2-2 with Yeovil away in the second match.

On loan Nottingham Forest striker Tyler Walker has been a revelation in the first few matches of the season and his hattrick against League One Accrington Stanley in the Carabao Cup was a particular highlight. Walker was constantly a threat against the side who conquered League Two last season and he shone in an impressive 6-1 victory on Tuesday night.

It may still be early days but the sight of Exeter City at the top of the League Two table will be a welcome sight for fans of the Grecians following two successive seasons where they came as close as you possibly could to winning a spot in the third tier.

The second successive play-off final defeat signalled the end of an era this summer as Paul Tisdale’s time at Exeter City came to an end as he left for a fresh challenge. The man who was previously the longest serving manager in the country has been replaced by Matthew Taylor, and the new man’s reign has been going pretty well so far. As seen following the departure of Sir Alex Ferguson at Manchester United, a team can take a while to adjust to life under new direction when a stalwart of the club leaves the managers chair.

However, under the stewardship of former player Michael Flynn, Newport County have proved to be no pushovers despite having one of the lowest budgets in the division. Although they suffered a heavy opening day defeat to title hopefuls Mansfield Town, they have bounced back with a 1-0 victory over Crewe in the league and an impressive 4-1 victory over Cambridge United in the League Cup.

Meanwhile, at the other end of the table things have not exactly started well for Morecambe as pre-season predictions of their time in the Football League nearing an end look to be well founded.

Morecambe have lost all three of the matches they have played this season and look like certainties for relegation on current form. In their first match, they were humbled 6-0 by a Crewe side not even fancied for promotion, in a game where they looked out of their depth and unprepared for the season.

The Shrimps improved somewhat in their second match at home against Exeter, where they lost 2-0, but the lack of goals will cause huge worry to manager Jim Bentley, especially when he considers just how many goals are going in at the other end. In midweek, the team at least scored their first goal of the season away at Preston in the Carabao Cup and although they lost 3-1, they will be hoping striker Liam Mandeville can build on the goal he scored and grab a couple more this season.