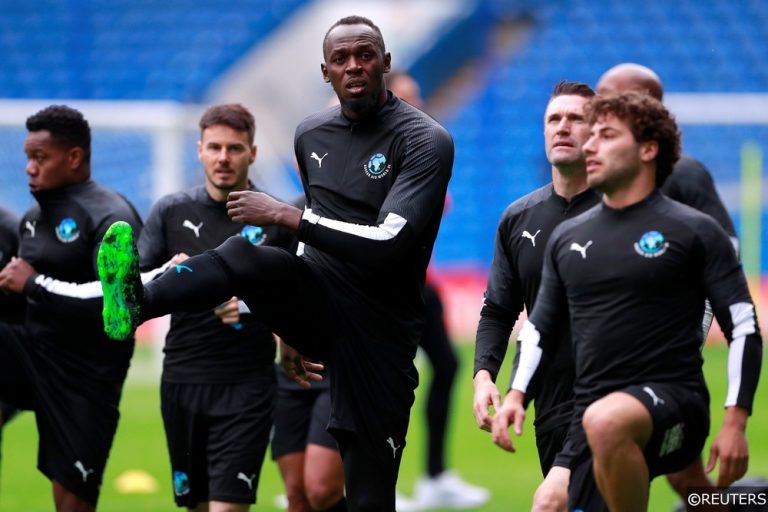 Soccer Aid is back! On Sunday June 16th, the 8th iteration of the world’s biggest charity football match will be contested at Stamford Bridge in London.

An England squad made up of celebrities and ex-players will take on a selection of former footballing superstars and international household names from around the globe at Chelsea’s home in West London to raise money for the children’s charity UNICEF.

Having beaten the Rest of the World XI in 2016 and 2018, England will be aiming to complete a hattrick of wins against their cosmopolitan counterparts this weekend, and the hosts are the bookmakers’ early favourites to do so.

England are managed by experienced former Premier League and national team manager Sam Allardyce, and Big Sam is joined in the Three Lions dugout by TV presenter Susanna Reid and host of The Chase, Bradley Walsh.

The Rest of the World XI

Former Tottenham Hotspur, West Ham and Portsmouth manager Harry Redknapp will lead the Rest of the World into battle with help from controversial broadcaster and TV personality Piers Morgan.

Check out The Rest of the World’s full squad listing below:

Why is Soccer Aid played?

The brainchild of Robbie Williams and Jonathan Wilkes, Soccer Aid is an annual charity football event that has raised over £20 million for UNICEF UK, through ticket sales and donations from the public.

Celebrities, former players and supporters alike come together to raise as much money as they can for UNICEF’s projects and programs in Africa, Asia and the Americas.

Where can I watch Soccer Aid?

If you can’t get hold of a ticket for Soccer Aid 2019 at Stamford Bridge itself, you can watch the action unfold on ITV on Sunday 16th June 2019, with kick off scheduled for 7:30 pm.

You can also live stream the game via ITV Hub on a range of devices including laptops, smartphones and tablets. 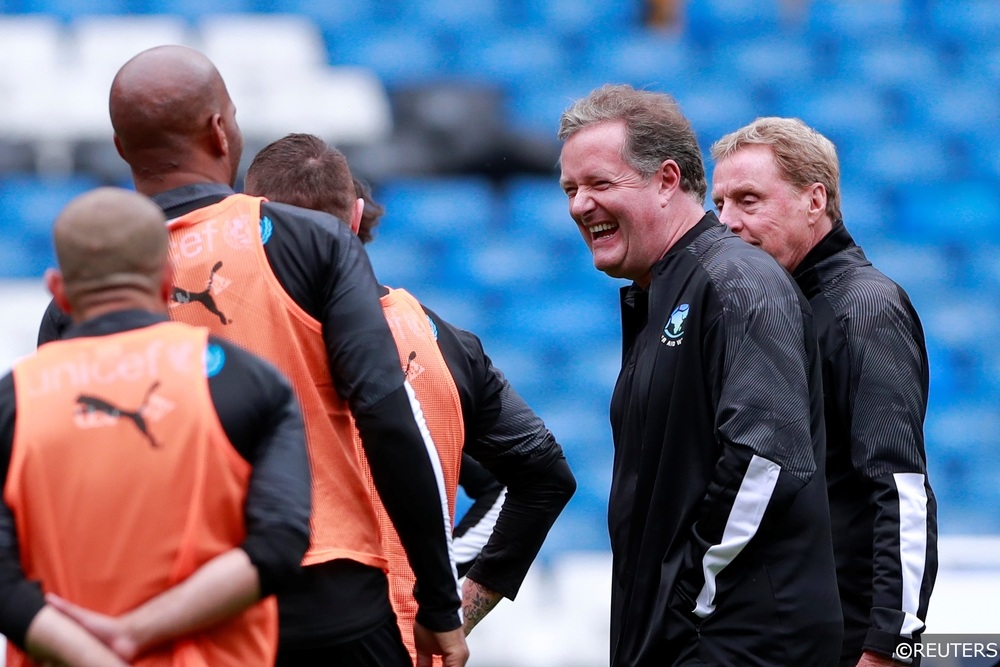 Right from their inaugural victory over the Rest of the World in the first edition of Soccer Aid in 2006, England have dominated the charity event, winning 5 of the 7 matches overall since goals from Les Ferdinand and Jonathan Wilkes helped them to their first triumph in a 2-1 win 13 years ago.

England have been priced at 4/5 favourites to seize victory again this year, however, we think the host’s squad looks slightly weaker than their international rival’s this time around.

Olympic sprinter and huge football fan Usain Bolt adds a touch of unpredictability to the Rest of the World squad, as do former Brazilian international women’s team stars Rosana and Francielle – and we think the international roster looks stronger player for player than their England antagonists.

With captain Didier Drogba expected to feature heavily on his old Stamford Bridge stomping ground, the Rest of the World like great value at 7/5 to secure their first Soccer Aid win since their 4-2 victory in 2014.

How can I donate?

If you head over to the official Soccer Aid website, you can find all the information you need to make a donation to the charity.

Keep up to date with our match previews for all the latest fixtures across world football here.