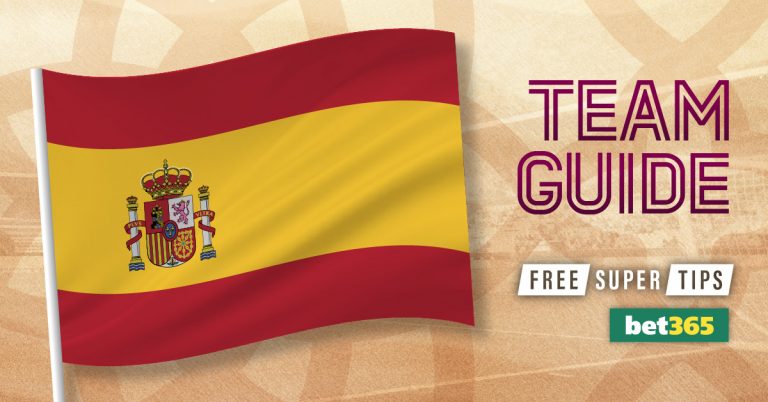 Spain have struggled at the World Cup since capturing their first title in 2010 but they head to Qatar rated as potential dark horses.

La Roja reached the semi-finals at Euro 2020 and finished as the runners-up in last season’s Nations League, suggesting they are a team on the up who could be serious challengers at the World Cup.

Spain: The story so far

Coach Luis Enrique took charge of Spain in 2019 and oversaw a strong qualification campaign as they finished top of UEFA Group B, losing just one of their eight games against Sweden in Stockholm.

They also impressed at the delayed Euro 2020 with an appearance in the semi-finals, losing out on penalties to eventual champions Italy. Their most recent outings – a host of UEFA Nations League fixtures – have seen better performances than many of their European counterparts, with three wins, two draws and just one defeat leaving them top of their group ahead of Portugal.

All things considered, Spain look well placed to contend in Qatar but they have been handed a tricky draw.

The 2010 champions have been placed in Group E in Qatar alongside serial winners Germany. Japan and Costa Rica complete the group and neither should be underestimated, although the European duo are clearly the favourites to progress.

La Roja are slight 5/6 favourites to top Group E, while they are 1/9 to qualify from the group and 8/1 to lift the Jules Rimet trophy.

If Spain do progress they are likely to come up against either Belgium or Croatia in the last 16 and if they are to go all the way in Qatar they will have to do it the hard way.

Spain have had some incredibly talented players over the years but they have only managed one World Cup win as their ‘golden generation’ claimed the title in South Africa in 2010, beating the Netherlands in the final.

That team included the likes of Xavi, Andres Iniesta, David Villa, Fernando Torres, Iker Cassilas and Xabi Alonso, among others. Current skipper Sergio Busquets was a member of that squad, but the current Spain roster isn’t littered with quite as many star names.

Spain were eliminated in the group stages as defending champions in Brazil in 2014 and went out in the first knockout stage in Russia. They will be looking for a far better showing in Qatar.

Enrique has been in charge of the Spain team since 2019, making him the longest serving manager they have had since World Cup and European Championship winning coach Vicente del Bosque, who retired after eight years in charge 2016.

Enrique has previously managed Roma, Celta Vigo and Barcelona, enjoying a particularly successful spell with the latter as he claimed two La Liga crowns and a Champions League title.

The 52-year-old also represented both Real Madrid and Barcelona as a player and that has possibly helped him foster a sense of unity with the Spain squad, which traditionally has tended to be divided into factions between the players from those two giant clubs. 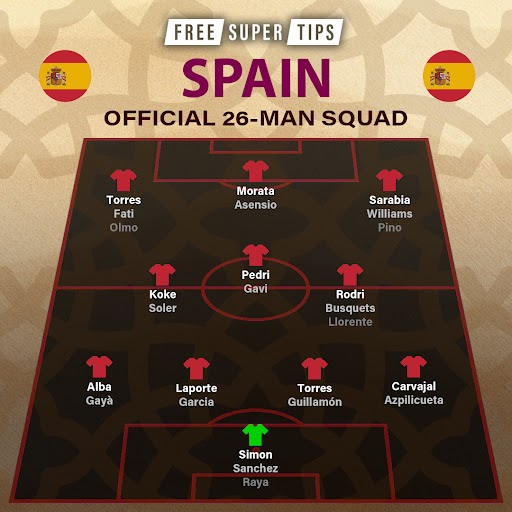 In other team guides, our ‘key man’ has tended to be a star player but for Spain striker Alvaro Morata stands out for different reasons.

This is a team that could struggle for goals so if Morata has a big tournament La Roja will be a fearsome prospect, but if he can’t get into gear they are likely to fall short.

Pedri could have been the key man but instead he gets the rising star pick but at the tender age of 19 he still falls into that category despite being a regular starter for both Barca and Spain, while Gavi is another highly-rated prospect regularly featuring for Barcelona but the teenager is likely to be behind Koke in the pecking order.

There shouldn’t really be any surprises regarding Spain’s tactics as they have played the same possession based style for some time, with Enrique favouring a fluid 4-3-3 system.

Alvaro Morata to be top goalscorer eachway at 50/1

Spain are rated at 8/1 to win the World Cup outright, making them the fifth favourites, and that is probably a fair reflection.

Unlike some of their European rivals, the heat in Qatar will be less of an issue for this squad and if you do think La Roja can challenge 8/1 looks a decent price.

As an outside bet, the 50/1 on Morata to take the Golden Boot award as the tournament’s top scorer has some appeal – particularly with each-way betting available for the top four places – as if Spain do go far he is likely to be their main marksman.