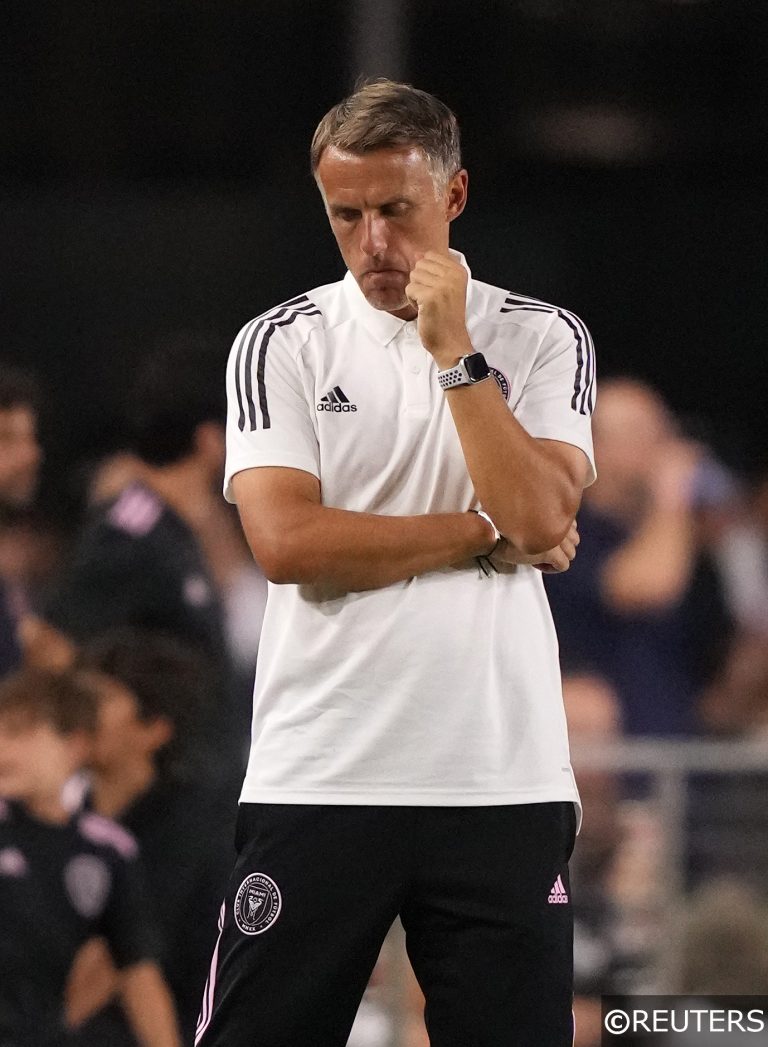 There are six fixtures in MLS on Sunday night through to the early hours of Monday morning and we’ve got predictions for each game, with all six selections making up a 69/1 accumulator.

New England Revolution are running away with the Eastern Conference and they have a chance to extend their advantage over one of their rivals when Philadelphia Union visit on Sunday.

Philly sit third in the standings but have struggled on the road with no wins in their last six games (D4, L2).

The Revolution have four wins in their last five games, with Nashville ending their winning streak in a goalless stalemate last time out, and at home they have six wins from eight games so far (D1, L1).

New England should be able to pick up all three points here against a Union outfit who have just two wins in nine attempts on their travels.

San Jose Earthquakes entertain Los Angeles FC in MLS on Sunday in what could be a close game.

The Earthquakes are unbeaten in their last six games, but five of those matches have been draws and most of that success has come on the road.  At home, San Jose have lost four of their last five after ending a four-game losing streak with a point against Houston Dynamo.

LA have been poor travellers with just two wins in seven games so far, losing four and drawing once.  In terms of a result this is a hard clash to call but we do feel there will be goals in this game and backing both teams to score stands out.

Both teams have scored in six of San Jose’s seven home games and in each of Los Angeles’ last five fixtures.

Galaxy have won their last three home games and have the best home record in the Conference with seven victories and two defeats from nine outings.

Vancouver are winless away with four defeats and four draws from eight games so far – the worst record in the Western Conference – and anything other than a Galaxy win would be a surprise here.

DC United have hit some form of late and they can continue their hot streak with a victory over Montreal on Sunday.

The Washington outfit are unbeaten in their last four games with two wins and a draw and at their Audi Field home they have been particularly strong.  United have three wins in a row at home, including a 7-1 demolition of Toronto FC, and can make it four when Montreal visit.

The Canadian team are winless in their last four away games and have lost their last three.  The momentum is with DC and we’re expecting them to take maximum points.

Inter Miami sit rock bottom of the Eastern Conference but there have been signs of recovery of late and they can pick up a point when Nashville SC visit on Sunday.

Inter have just 13 points to show from 15 games but they are unbeaten in their last three games with a win and two draws, after ending a six-game losing streak.

Phil Neville’s men managed a draw with Philadelphia Union, a win over CF Montreal and then a point at Orlando City.

Nashville sit fourth in the Eastern Conference and are MLS’ draw specialists with 10 of their 17 games ending honours even. SC have drawn five of their six away games, losing the other, and we’re expecting another stalemate for the team from Tennessee,

Chicago have been better at home with just one defeat in their last six games, with two wins and three draws, but an away win still has some appeal in this fixture at a big price.

The Red Bulls have struggled on their travels with five defeats in eight games.  However, all of those defeats have come against teams currently in the playoff places – with three coming against teams in the top three of their respective Conferences – and their one win came at high-flying Orlando City.  The Red Bulls are yet to lose on the road against a team ranked below them and we think they can keep that record intact with a win in Chicago.