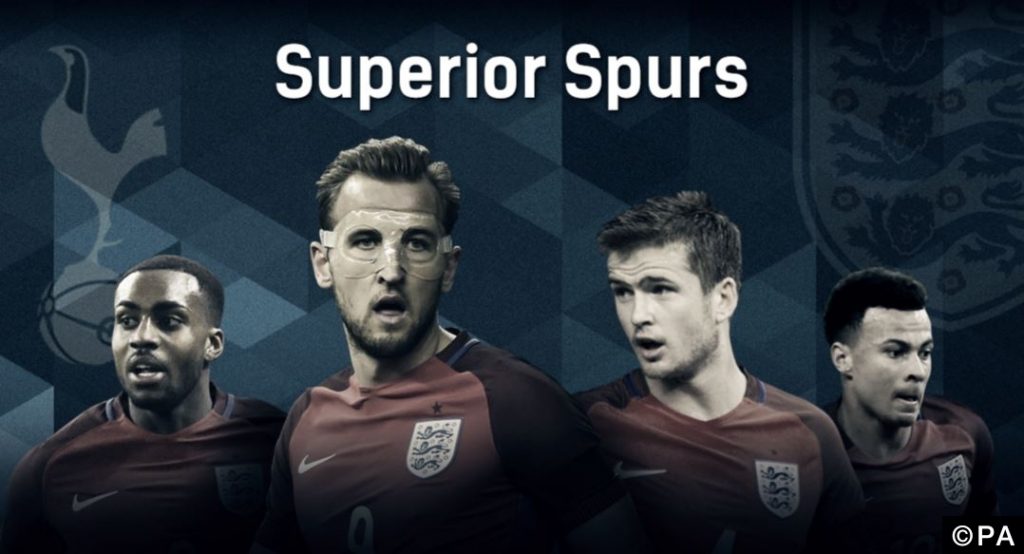 Is this a sign of the future for Spurs and England? Can England end years of hurt at a major tournament?

An impressive performance from the England lads out in Berlin saw Spurs’ players directly contribute to more goals, shots, shots on target, tackles and duels than the rest of the entire team.

Spurs have been flying high in the Premier League this season and it’s no coincidence that Roy Hodgson has shown faith in the youth and exuberance of Pochettino’s English contingent. The likes of Kane, Alli, Dier and now Rose have been a breath of fresh air this season and it proves that if you’re old enough, you’re most definitely good enough, even at International level against the World Champions.

The main man Harry Kane has been fire, with 21 EPL goals this season. From 9 England career senior appearances, he’s notched 4. He really must be the future of England, with the comparison to the great Alan Shearer simply unavoidable, although he may have a long way to go before even getting close to the legend.

The emergence of both Dele Alli and Eric Dier are also a credit to Pochettino and Hodgson, putting faith in the young lads has paid off and with the re-emergence of Danny Rose, England and Spurs have a bright future ahead.

Take a look at the Spurs’ lads stats from England’s match against Germany. 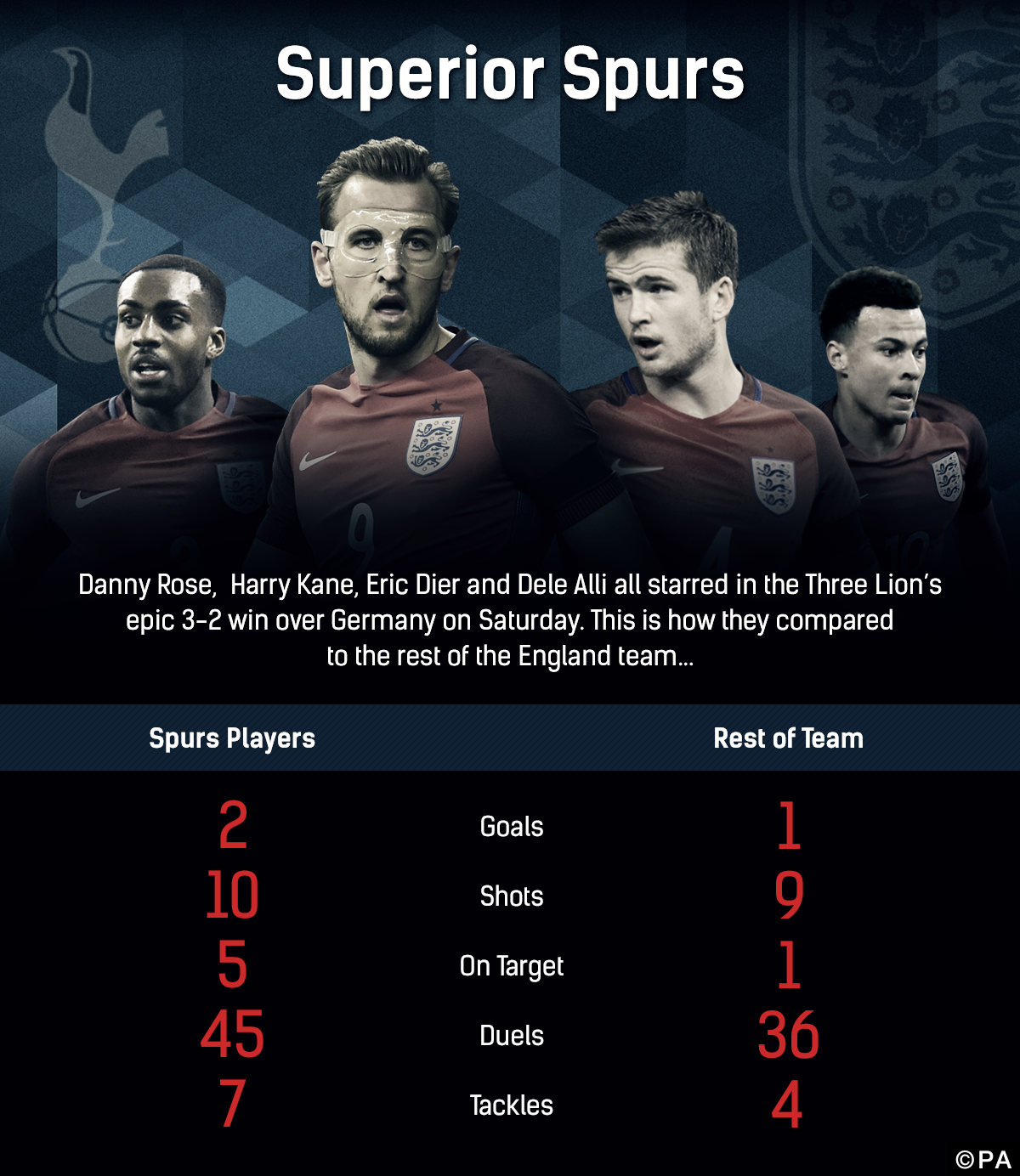 Will England match their performance in Berlin against the Dutch? Take a look at our England v Holland preview and tips today!

Superior Spurs [Infographic] by the team at Free Super Tips