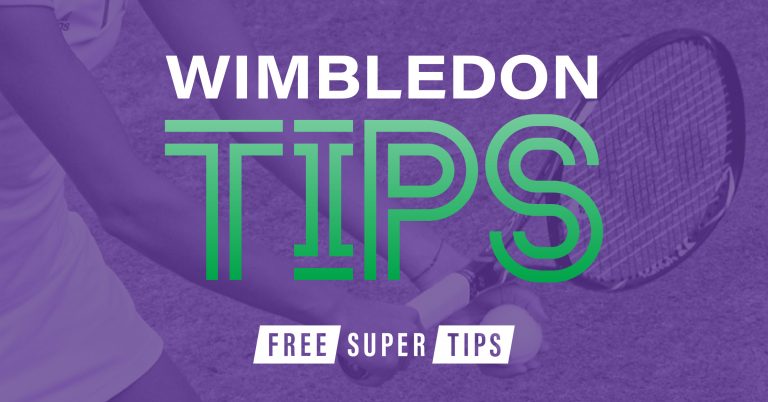 The wait is finally over and after two long years, Grand Slam tennis makes its return to the hallowed turf of Wimbledon.

Novak Djokovic, fresh from his success in the French Open at Roland Garros earlier this month, is 5/6 favourite to lift the men’s trophy for a third successive time. The super Serb is bidding to move alongside Rafael Nadal and Roger Federer on 20 Grand Slam titles.

Wimbledon 2021: When is it and where to watch

Where to watch Wimbledon

As always, Wimbledon will be televised live on BBC throughout the tournament, with BBC One, BBC Two and BBC Red Button all getting a share of the action.

You can also pick your choice of match through BBC iPlayer or the BBC Sport website.

World number one Djokovic will take some stopping and the absence of Rafael Nadal and Dominic Thiem may make his task easier than first anticipated.

But as Nadal showed at the French Open – a tournament he has made his own with 13 wins – things can go wrong and there is no rush to be backing any player at odds-on in a Grand Slam.

Instead, it is worth looking for some each-way value on the opposite half of the draw and at the prices it is Alexander Zverev who catches the eye.

The German youngster has yet to cut the mustard at Wimbledon but the same can be said for Daniil Medvedev and Stefanos Tsitsipas and he is more than double the price of that pair.

Big servers tend to do well at the All England Club and at 6’6” Zverev is just that. But unlike many giants of the game, he also has the all-round talent to be crowned a major champion.

The 24-year-old is tasting more success as he matures and he has been a model of consistency in Grand Slam events of late, having made a final, two semi-finals and a quarter-final from his last five major appearances.

There are some obstacles in his section but avoiding Djokovic until the final is a bonus, while Federer has plenty to prove as he approaches his 40th birthday.

With second seed Medevedev having to prove his Wimbledon credentials, there are reasons to anticipate an upset and Marin Cilic looks a lively outsider.

The Croatian – who is also housed away from Djokovic – may meet Medvedev in the third round but the Russian has never gone beyond that stage at Wimbledon.

Cilic, on the other hand, has great grass-court pedigree and it is his favourite surface.

The 32-year-old finished runner-up to Federer at SW19 in 2017, having also reached the quarter-final stage in the three years prior to that.

The former world number three has battled with injuries ever since but he ended a three-year title drought with victory on the grass of Stuttgart earlier this month, showing the fire is still burning inside.

Williams may be 39 years of age but she is one of the greatest grass-court players of all-time and she has enough recent form in the book to suggest she’s still operating to a high enough level.

The American is a seven-time Wimbledon winner and has also finished runner-up on four occasions, which includes each of the last two runnings.

The absence of reigning champion Simona Halep and four-time Grand Slam heroine Naomi Osaka takes away a lot of class from the field, and Serena has shown she still has the raw power to bully her opponents.

Those worried about how much ability remains shouldn’t be. The 39-year-old made the semi-finals of the Australian Open in February and she was far from disgraced when reaching the fourth round of the French equivalent earlier this month, which is played on her weakest surface.

Securing an eighth Wimbledon crown would have been her target all season and at 5/1 she could complete the feat.

Ashleigh Barty and Williams are both drawn in the top-half of the draw, which may open the door for a surprise finalist from the bottom section.

Of those available at bigger prices, talented Tunisian Ons Jabeur is the one worth chancing.

Jabeur has improved greatly over the past few seasons, highlighted by last season’s run to the Australian Open quarter-finals, and there is nothing wrong with her recent form, either.

Having reached the fourth round at the French Open, Jabeur went on to claim silverware at one of Wimbledon’s warm-up events, the Birmingham Classic, and she defeated the classy Daria Kasatkina in the final.

The 21st seed doesn’t have a bad early draw to contend with and if there is to be an upset, she could be it.