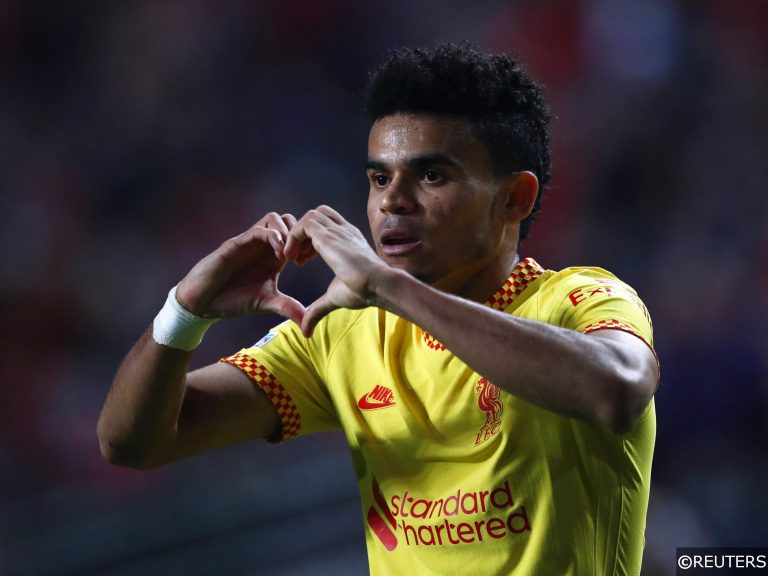 The coming week kicks off with a huge round of EFL games on Easter Monday, which we’ve covered in depth in our free match predictions. However, that’s followed by action from the Premier League and more around Europe, so there’s plenty to keep us entertained through to next weekend.

Ahead of a busy five days of football, we’ve raced through the schedule to pick out the sides who are worth watching. Below we’ve picked out five high scoring sides to keep an eye on from Monday through to Friday, with our team goals tip on each adding up to a 33/1, week-long accumulator tip!

Forest’s only home defeat in 2022 was at the hands of a Liverpool side bidding for a quadruple, showing just how well Steve Cooper has his side playing. In the league they’ve won five games in succession at their own ground, while West Brom have lost all but one of their trips to the top seven.

Forest have scored at least twice in their last eight home games, while they’ve found the net twice or more in 10 of their last 11. The Baggies have conceded twice in five of their last seven trips, so back a couple of goals for Forest.

Manchester United boss Ralf Rangnick didn’t hold back on chastising his own defence after their 3-2 win over Norwich on Saturday. Looking back at the two they conceded to the league’s bottom side, he said the Red Devils are, “the only team in the league who concedes goals like this.” The bad news is it’s about to get much worse.

Liverpool head into Tuesday’s clash in fantastic form and with the title in their sights. The Reds have scored three goals in three of their last four, putting two past Man City in the other. Having beaten United 5-0 at Old Trafford, expect them to dish out another drubbing.

Football isn’t as straightforward as comparing how two teams did against the same opposition and making judgements on it, but I’m going to make an exception to that for a dramatic case. In consecutive weekends Southampton hosted Chelsea and Arsenal, losing 6-0 to the Blues before handing the Gunners their third defeat on the bounce with a 1-0 win.

While the Saints needed to bounce back after a hammering, Arsenal needed points in their Champions League chase and they’ve now lost to Palace, Brighton and the Saints since the international break. Heading to Chelsea next seems like a difficult task for the Gunners, so back Chelsea to score a couple.

They may be out of the Europa League, but Barcelona can still finish this season on a high by taking second-spot behind Real Madrid. The Catalans have really turned a corner under Xavi, putting together a run of nine wins in 10 league games under their new coach.

Barca have really impressed on the road under Xavi, scoring at least twice in seven of their last eight away from home. They head to Real Sociedad on Thursday looking to extend a four-game winning streak on the road in the league, during which they’ve scored 13 times.

It’s looking increasingly likely that Huddersfield will need to navigate the playoffs if they want to get back to the Premier League, but they should still finish this season on a high. The Terriers are at home to bottom side Barnsley on Friday night, with the visitors losing 10 of their last 12 trips.

Huddersfield have scored twice in four of their last five at home, while they host a Barnsley outfit who have conceded 1.81 per trip. The Tykes defence should struggle against one of the league’s highest-placed sides, so back the Terriers to score a couple.