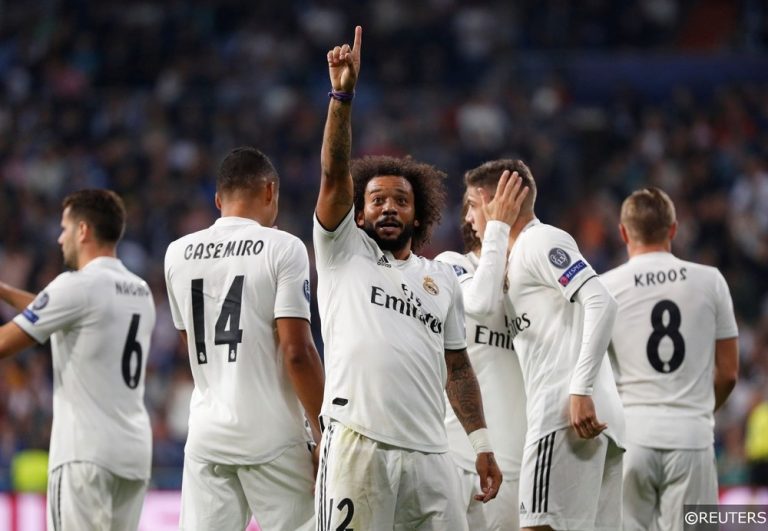 Following 4 wins from 4 matches during a successful interim period, Santiago Solari has been named as the new permanent boss of Real Madrid. The Argentine has signed a three and a half year contract which in theory will see him remain in charge of Los Blancos until the end of the 2020-21 season.

Were he to buck the trend and see out his contract, Solari would actually become the longest serving Real Madrid boss since Vicente del Bosque, who left the post 15 years ago. It’s fair to say a few eyebrows have been raised by the length of the deal, particularly given Real Madrid were pretty openly courting Antonio Conte just a fortnight ago having seen a number of their preferred options turn down the job in the summer.

Either way, it’s a wonderful opportunity for Solari and the early signs are that he will at the very least get more out of this talented squad than his predecessor managed. Even so, it has been an unlikely rise to the top job for a man who was signed by del Bosque and spent five years as a Real Madrid player at the start of the 21st Century.

A back-up to the Galacticos

Santiago Solari’s first affiliation with Real Madrid came in the summer of 2000. He was then an emerging 23 year old midfielder and one of the few bright sparks in an Atletico Madrid side that had just inexplicably managed to get relegated from La Liga. He made the relatively rare move across the Spanish capital that summer to join up with a Real Madrid side that was just heading into the ‘galactico’ era.

Used mostly as a left winger, Solari boasted plenty of technical ability and the natural good looks that in theory made him a marketable figure in Florentino Perez’s plans to turn Real Madrid into the Harlem Globetrotters of football. However during his five year stay at the Bernabeu, Solari rarely did more than play second fiddle to the likes of Beckham, Zidane and Figo. His finest hour was playing the full game as Real Madrid won their 9th European crown in Glasgow but at no point did he really manage to become a regular in the side and he finally left the club in the summer of 2005 to join Inter Milan.

In many respects, Solari’s playing career quickly petered out. He failed to make much impression or many starts during a three year stint at the San Siro, which would prove the end of his playing career in Europe as Solari returned to his native Argentina in 2008. For his limitations in terms of thriving at the very top level, the charismatic Argentine was always regarded as an intelligent thinker and someone who understood the game. That’s perhaps why del Bosque was so keen to hold onto him for so long and Solari also clearly left an impression on Florentino Perez.

Shades of the Zidane Appointment

It’s interesting to note how the careers of Zinedine Zidane and Santi Solari have crossed paths and it’s easy to draw comparisons between this latest Real Madrid coaching appointment and that of Zidane midway through the 2015-16 season during another time of ‘crisis’. Both Zizou and Solari spent five years playing for Los Blancos, four of them together with the Frenchman arriving and departing one year after Solari. Upon retirement, both took on coaching roles at the Bernabeu with Zidane being appointed Real Madrid Castilla (reserves) boss in 2014, a role Solari took over two years later, six months after Zidane’s ascension to the top job.

Much like the Frenchman, Santiago Solari’s record in charge of Castilla was less than convincing. His first two seasons produced disappointing 11th and 8th place finishes in the Segunda B, the regionalised third tier of Spanish football. Last season saw them finish below little-known semi-professional outfits such as Talavera de la Reina and Rápido de Bouzas not to mention 8 points below Celta Vigo B.

While results aren’t everything in a role that is largely about the development of players, a 37% win percentage in a division lower than Real Madrid would really like to see their reserve side be, was if anything an argument not to promote Solari to the top job. Zidane did at least improve in his second year with Castilla and there was always a sense that his legendary status at the Bernabeu and close relationship with Perez would see him take charge of the senior team at some point. That hasn’t been the case with Solari, although it’s clear he is respected by the current Real Madrid squad despite a much less glittering playing career.

How did he land the Bernabeu hotseat?

While Florentino Perez may now claim that it was always his intention to promote Solari and the length of contract suggests that a fair amount of faith exists, there is a significant amount of evidence to suggest otherwise. Firstly it is only five months since Zidane’s surprising resignation and the subsequent managerial hunt which saw the likes of Mauricio Pochettino, Massimiliano Allegri and even 31 year old Hoffenheim boss Julian Nagelsmann turn down the advances of Los Blancos. Even in the midst of such widespread disinterest in arguably the biggest job in world football, Real Madrid didn’t turn to Solari, instead plumping for then Spain boss Julen Lopetegui.

With the reign of Lopetegui quickly seemingly doomed to fail, Real Madrid again began to assess fresh options and in the aftermath of a humiliating clasico defeat wielded the axe on their latest appointment, their 14th in 15 years since the departure of del Bosque. Indeed many media outlets reported a deal to appoint Antonio Conte was effectively done so to some extent Solari was fortunate to even land an interim role as talks with the Italian broke down.

It’s remarkable to think that just over two weeks have passed since then to the appointment of Santiago Solari on a three and a half year deal. His results during his four games in charge are certainly one contributing factor to that. Four wins from four, 15 goals scored and just 2 conceded, represent the best start any new Real Madrid coach has ever made. Few though have started out with games against the likes of Melilla and Viktoria Plzen and it’s perhaps worth pointing out that all of Real’s opponents so far under Solari have hit the woodwork.

While luck may have shined on him to some extent, it has still been a pretty radical transformation from the troubled final weeks under Lopetegui. His appointment has proved popular with the players and may in part have been influenced by recent comments from Thibaut Courtois and Sergio Ramos, that were barely veiled attempts to warn Perez off Conte in favour of a more hands-off coach of the ilk of Zidane or Ancelotti, Real Madrid’s two most recent Champions League winning bosses.

Spanish regulations limiting the length of interim contracts to just 15 days, also forced Real Madrid’s hand to some extent and ensured they had to make a decision on Solari’s future this week. To some extent his appointment was born out of the challenging circumstances that Real Madrid found themselves in but if history teaches us anything, it’d be unwise to write them off going on to have a successful season under their inexperienced boss.